While NordVPN remains a popular VPN service, last year, Techcrunch reported that NordVPN was hacked in March 2018, following which, the popular VPN company came forward and confirmed the breach. According to NordVPN, the breach was only limited to one server in Finland. However, since they kept it quiet for so long, I don’t know if we should implicitly trust them. Whatever be the truth, you as a consumer should be wary of data breaches that can potentially expose your online identity. So, if you have been a NordVPN user, you should move to a secure VPN that offers the highest level of security with no compromise on user data. In this article, I have shared the 10 best NordVPN alternatives which are known for their reliability and ironclad security protocols. So let’s go ahead and explore the list in detail.

Here, I have mentioned 10 VPNs like NordVPN which offer exceptional protection and various safeguards to your data. For example, I have given preference to those VPNs which offer various security protocols, out-of-the-box encryption, no jurisdiction over your data, a healthy number of servers, and more. Having said that, you will still get fast internet speed similar to NordVPN so don’t worry about that. Now without further delay, let’s jump right in.

One of the oldest VPNs around, Private Internet Access has a reputable name in the VPN industry for protecting user privacy for a decade. It has not seen any major breaches in the past and has constantly implemented different security protocols to guard its 3000+ servers. It uses the two most advanced security protocols, OpenVPN and L2TP/IPSec to protect your internet traffic. Other than that, PIA has options for both 128-bit and 256-bit AES encryption which can be selected depending on your performance requirement. 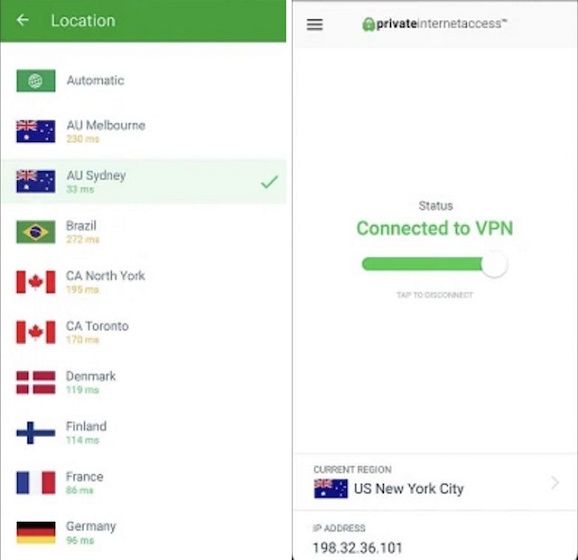 Having said that, the best part about PIA VPN is that it allows you to connect to 10 devices without any reduction in speed. The only cons for some users might be that the company is based in the US and is subject to US laws. Anyway, if you are looking to replace NordVPN, you can definitely take a look at PIA. It’s quite cheaper than NordVPN whether you get the monthly or the yearly plan.

Visit Website (Starts at $3.33/month with the yearly plan)

ExpressVPN is a premium VPN which beats NordVPN in every aspect right from security to coverage of countries. It has more than 3000 servers in 94 countries (NordVPN has 5000+ servers but available only in 59 countries) all across the globe and the company is steadily expanding its reach. In terms of security, ExpressVPN also uses the highest standard OpenVPN and L2TP/IPSec security protocols so that is great. On top of it, you also get AES 256-bit encryption and Automatic Kill Switch to halt your internet traffic in case the VPN disconnects abruptly. The best thing about ExpressVPN is that its headquarter is based in the British Virgin Islands so it’s out of the US or any other country’s reach. If you want a NordVPN alternative and don’t mind paying a premium to safeguard your privacy then ExpressVPN is a solid choice. 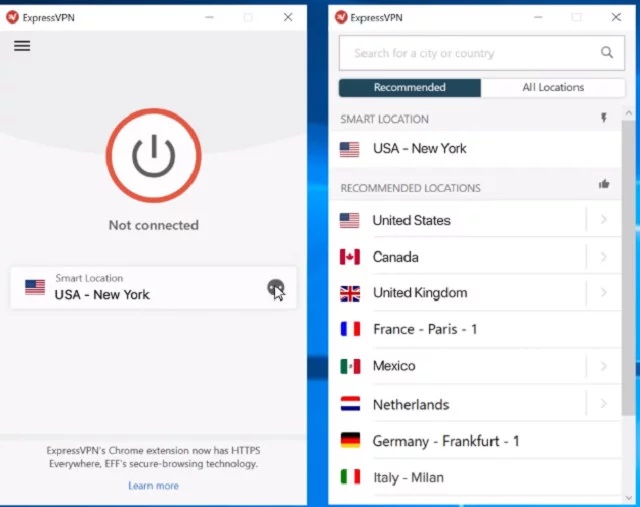 Visit Website (Starts at $8.32/month with the yearly plan)

Mullvad is kind of a niche VPN that not many people know. It’s one of the oldest VPNs which was started in 2008 and based in Sweden. The reason I am recommending this VPN despite its obscurity is that it does not compromise with the security at all. All the major VPNs in the market including NordVPN uses OpenVPN or L2TP/IPSec security protocols and frankly, they are pretty good. However, a modern VPN protocol called Wireguard has come up that utilizes state-of-the-art cryptography and is much better than OpenVPN both in terms of security and performance. 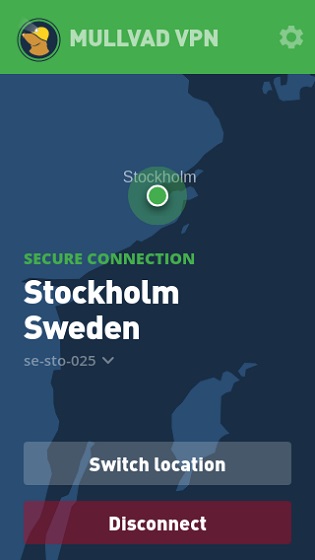 Mullvad is among the first VPN providers to implement Wireguard protocol in their servers and that makes it the best VPN out there. You can easily replace NordVPN with Mullvad and I am sure you will see a huge leap in both speed and internet security. For what it’s worth, Mullvad has 409 servers in 39 countries.

TunnelBear is my personal favorite because it offers reliable service and does not log your internet activity even under the free plan. You get 500MB of free data every month which is not enough I know, but you can upgrade to the paid plan and enjoy all the perks without any limitation. The monthly plan is cheaper than NordVPN and the service has adequate servers across 22 countries. Granted, its coverage is not as huge as NordVPN, but if you are based out of the covered countries, TunnelBear is a much better proposition than NordVPN. You get 256-bit AES encryption and OpenVPN security protocol. I would say, just try out TunnelBear under the free plan and if it makes sense to you, go for the premium plan. 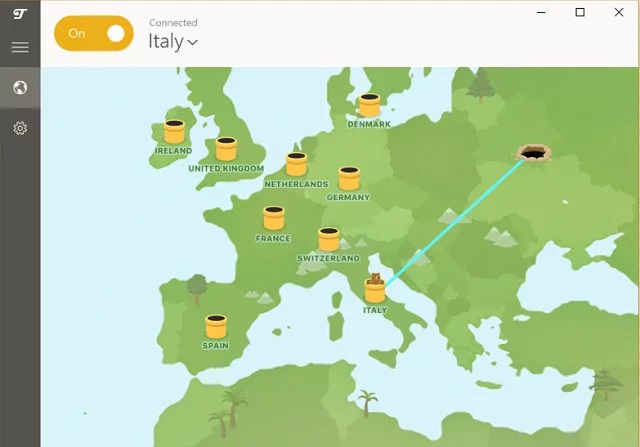 Visit Website (Free, Starts at $4.99/month with the yearly plan)

CyberGhost is another prominent VPN that truly rivals NordVPN in terms of servers and country coverage. It has got more than 5200 servers spread across 61 countries around the world. That is more than NordVPN’s 5000 servers and that is simply great. You can also share your VPN network with 7 other devices without any limitation on speed. Apart from that, CyberGhost is based in Romania which follows EU privacy laws but rejects the data retention policy. All it means is that your data will not be retained for future compliance by any regulation or government. Further, on the security front, you get OpenVPN, L2TP-IPsec and PPTP protocols with Automatic Kill Switch and 256-bit encryption. Considering all the points, CyberGhost seems to be among the best alternatives to NordVPN and you can surely give it a try. 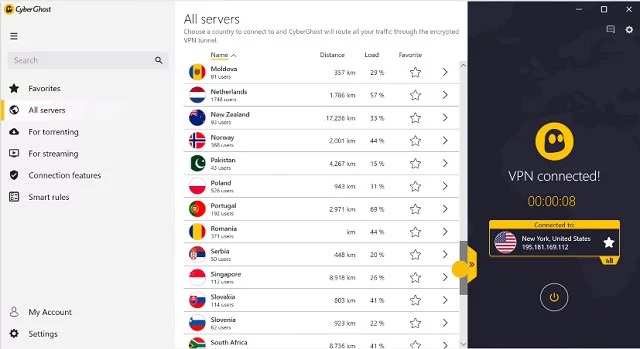 Visit Website (Starts at $5.95/month with the yearly plan)

If you want faster internet speed while connected to a VPN, PureVPN is a great pick due to its large pool of servers and country coverage. The company has more than 2000 servers in 180 countries across the globe. So if you are someone who travels a lot then this VPN will be a perfect replacement to NordVPN. You will get a high-speed private network no matter where you go. 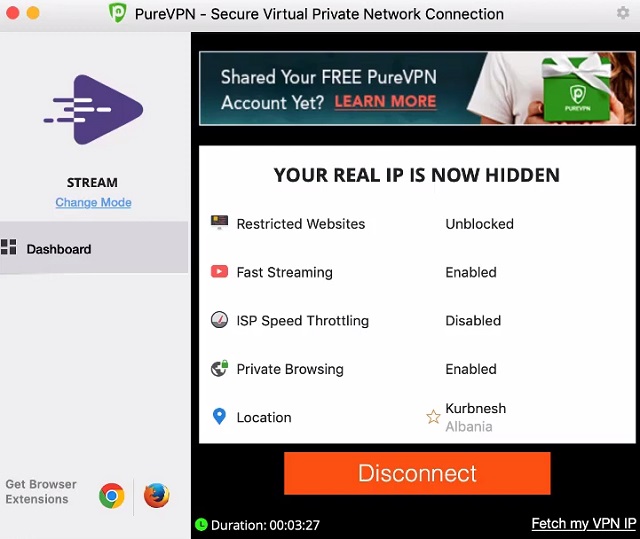 Apart from that, PureVPN has support for six different security protocols but comes with IPSec as the default one. For many users, it may not be the best security protocol, but you can manually set up OpenVPN or any other security configuration as you desire. Also, the VPN is equipped with an automatic kill switch so that is great. To conclude, if you are looking for a NordVPN alternative that can cover maximum cities around the world then PureVPN is a solid choice.

Visit Website (Starts at $5.81/month with the yearly plan)

Surfshark is a relatively new VPN that is quite popular among the Redditors because of affordable pricing and iron-clad security. It’s headquartered in the British Virgin Islands so your data is safe from any government’s outreach. Apart from that, Surfshark has 1040+ servers in more than 61 countries which is quite good. As for the security, it deploys two major protocols: OpenVPN (UDP and TCP) and IKEv2 with AES-256 encryption on top of it. Not to mention, the VPN comes with a kill switch similar to NordVPN which stops all the network activity in case the VPN disconnects abruptly. It helps you in protecting your IP address and online identity. All in all, Surfshark is a strong contender in the VPN race and can be a great alternative to NordVPN. 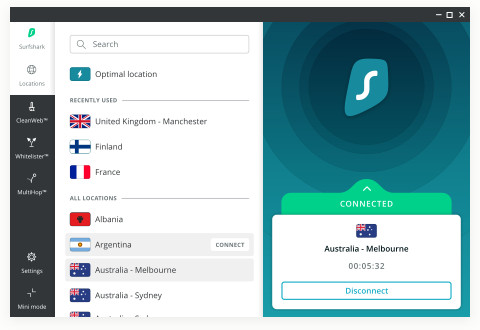 If you were using NordVPN for torrenting or P2P traffic then IPVanish is the perfect replacement you can opt for. It has more than 1400 anonymous servers spanned across 60 countries which offer excellent performance and without any downtime. On the security side of the thing, IPVanish has implemented 256-bit encryption and you can choose your protocol of choice from IKEv2, OpenVPN (TCP and UDP), L2TP, and PPTP. I would say go with OpenVPN protocol for maximum protection and performance. Further, this VPN allows network tunneling on 10 devices which can be very helpful if you have a family and want to share your private connection. Strictly put, IPVanish is a great VPN and a suitable alternative to NordVPN if you are from the US or Canada. 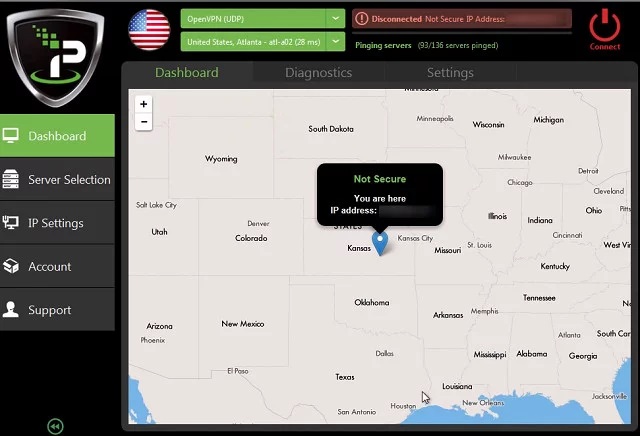 Visit Website (Starts at $6.49/month with the yearly plan)

ProtonVPN is another worthy alternative to NordVPN which offers solid performance and high-end security. The VPN provider is headquartered in Switzerland so your internet data is always protected by the strong EU privacy laws. Apart from that, ProtonVPN has 526 servers in 42 countries and is known for its faster speed and ping time. It utilizes two security protocols, IKEv2/IPSec, and OpenVPN for different devices which is great. In case you don’t know, the privacy-focused ProtonMail is developed by this very company that has created ProtonVPN. So clearly, privacy is the strongest suit of ProtonVPN and you can confidently rely on their service. 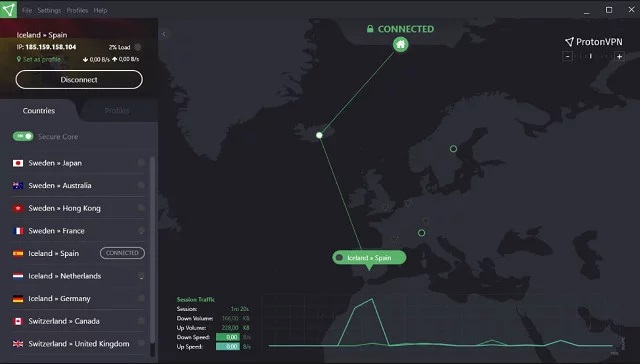 Visit Website (Free, Starts at $4/month with the yearly plan)

Windscribe is among the best freemium VPNs which offer 10GB of free data for a month. However, I would recommend you to go with the paid plan for better online protection and no logging of your internet traffic. In terms of coverage, it’s not as large as NordVPN, but offers its servers in more than 60 countries around the globe and promises no downtime. The VPN also supports multiple security protocols such as OpenVPN, IKEv2, and SOCKS. You can further set up the VPN based on your security preference. You also get AES-256 encryption with the IKEv2 security protocol. To sum up, Windscribe is a worthy alternative to NordVPN and you can opt for it, but make sure to try the free plan before you make a jump. 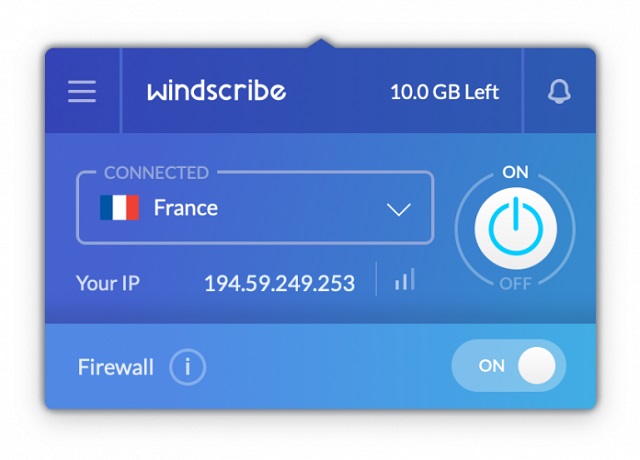 Visit Website (Free, Starts at $4.08/month with the yearly plan)

Pick the Best NordVPN Alternative and Protect Your Online Identity

So that was our list of 10 best NordVPN alternatives which offer a great degree of security with a similar level of performance. NordVPN has a large number of servers across the world so we have tried to include VPNs which can match up with its performance and reliability. In terms of security too, we have chosen VPNs that come with OpenVPN and other high-end security protocols. Anyway, that is all from us. If you are a NordVPN user, you should switch to a suitable VPN from the list for better privacy.