In an age where cybercrime is rampant, a strong virtual private network has become an indispensable shield to ward off hacking or data tracking. While there is no dearth of VPN apps in the market, not all of them do what they advertise – certainly not the ones that come from China. When it comes to security and privacy, Chinese apps have a dubious track record. Be it TikTok, WeChat, or SHEIN, they have all been caught red-handed. If you are on the hunt for a reliable VPN app that doesn’t have a Chinese connection in some way or the other, look no further than these best non-Chinese VPN apps for Android and iOS in 2020.

In this roundup, I’ve picked out the VPN apps that excel in three important aspects: Security, fast connection, and ease-of-use. Besides, I have also ensured they offer wide coverage which comes into play when you want to be fully covered during globetrotting.

Most of these VPN apps offer pretty good freemium models that allow you to surf the web, access favorite apps like Kodi, and even unlock region-restricted movies and shows for a binge-watching – without breaking your bank. But keep in mind, most freemium offerings provide limited data and even restricted server switching.

If you want to remove these limitations, you will need to opt for premium plans. Now that you know what these top non-Chinese VPN apps for iPhone and Android have to offer, let’s get started with the lineup!

Quick Links of the VPN Apps Listed Below

Founded in 2012 by Mudhook Media Inc. which is an independent subsidiary of Highwinds Network Group located in Orlando, Florida, IPVanish has long been one of the best VPN services. The app is designed to work as a tunnel to let you browse the web with the needed security. 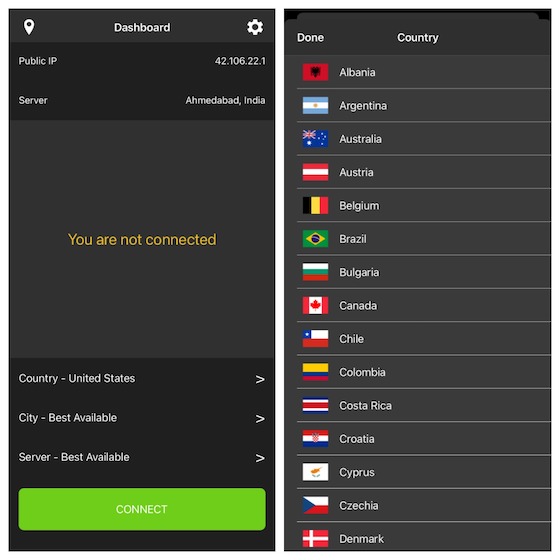 Boasting network presence in 60 countries with more than 40,000 shared IP addresses and over 700 VPN servers worldwide, it has got you fully covered. Apart from the wide coverage, IPVanish VPN also offers a fast connection. So, whether you want to go for a video-streaming spree or browse the web extensively, it can keep your task smooth-sailing.

In terms of privacy, IPVanish keeps onlookers and data trackers at bay to ensure your online activity remains safeguarded. Further, Mudhook Media’s offering also has a reliable zero-log policy which makes it a trusted bet for surfing the web. On top of all, IPVanish has a neat interface and is pretty easy to set up.

Touted to be the most trusted VPN service across platforms, ExpressVPN has got all sorts of features under its armory to live up to the expectation. What sets it apart from the rest is the fast VPN connection coupled with wide coverage. With more than 3000 VPN servers in 160 locations across 94 countries, it ensures you can remain at peace while globetrotting. 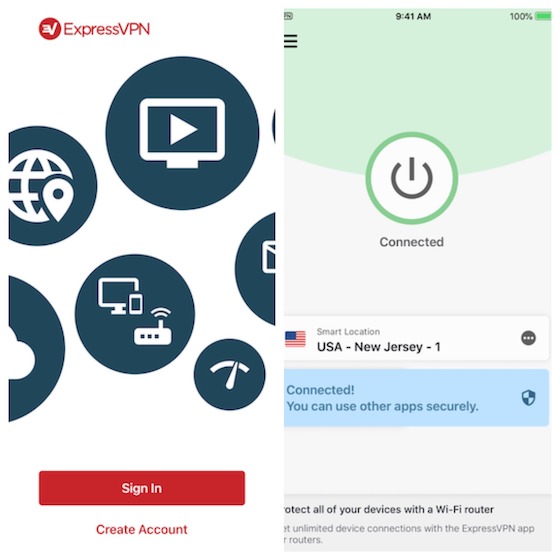 Moreover, ExpressVPN also provides unlimited bandwidth so that you can catch up with your favorite flicks and surf the web without having to worry about rapid data consumption. When it comes to speed (works with Wi-Fi, LTE/4G, 3G), the app has always been top-notch. Therefore, you won’t encounter lagging while carrying out your tasks.

On the privacy front, ExpressVPN delivers high-end encryption (UDP, TCP, IPsec, and IKEv2 protocols) to shield your data against hackers. Add to that the trusted privacy policy with no retention of logs and it becomes really hard to look beyond this powerful non-Chinese VPN app for Android and iOS. As for pricing, it starts at $12.99 (7-day free trial) which may seem a touch expensive but given the features, ExpressVPN deserves the premium pricing.

Very few VPN apps are as feature-packed as NordVPN. So, if you are looking for a VPN app that can tick off most boxes, while still keeping the user-interface neat, it can be a better choice. Having more than 5300 VPN servers worldwide, it has got you fully checked off during your international travel. 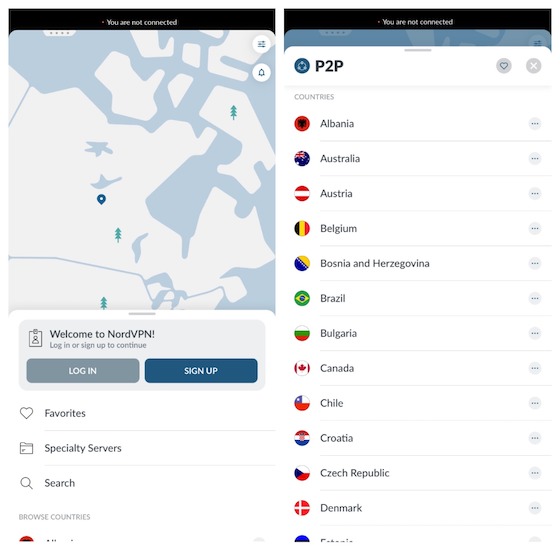 To me, what headlines for this app is the robust privacy policy that offers the utmost priority to users’ private information. NordVPN shields your data with top-of-the-line encryption (NordLynx based on Wireguard, OpenVPN, and IKEv2/IPsec). And with the zero log policy put in place, you shouldn’t worry about the security of your personal information.

The company says that it performed the audit of its no-log policy by independent auditors, which further goes on to show how committed it is towards safeguarding the information of users’ data. Privacy aside, it’s hard to beat when it comes to fast VPN connection thanks to the WireGuard protocol. Furthermore, it also provides unlimited data and the protection of 6 devices with one account so that you can switch from one device to the other smoothly.

Going by the numbers (4/4.5 stars out of 10.4M/120K ratings), HotspotShield (over 700 million users) can safely stake the claim of being a top-notch non-Chinese VPN app for Android and iOS. The app provides servers in more than 70 locations across several countries. And with a fast network connection, it’s fully equipped to let you carry out web browsing or streaming media at a fairly good speed. 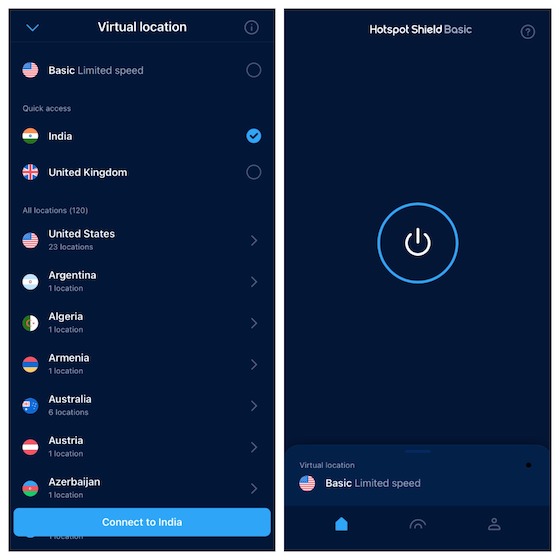 HotspotShield offers military-grade encrypted traffic between your device and its servers. Thus, your data remains away from the eyes of trackers. On the privacy front, the company says that it doesn’t store any of your logs. And going by its impressive track record, you can bank on it to keep your information shielded.

Notably, HotspotShield provides a decent freemium model with the basic features, which are more than enough to let you browse the web by keeping your identity hidden. Not just that, you don’t need to sign up or register to use the freemium version of the app. Though HotspotShield’s premium plan (7-day free trial) comes for $12.99, the monthly price will come down to $5.99/month if you choose its yearly plan.

Claiming to deliver the fastest VPN speed, StrongVPN has got the features to warrant a safe spot in this round-up. Established in 1995, the app has got several years of experience. And looking at its track record, it’s also quite reliable. So, you can count on it to not only offer the fast VPN connection but also keep your personal information safeguarded. 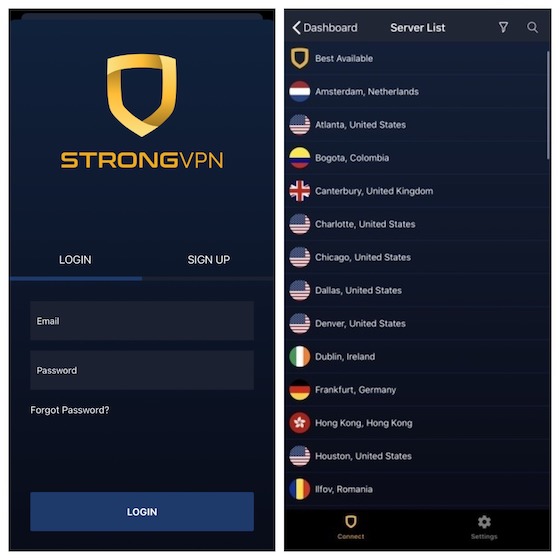 Probably the biggest highlight of the StrongVPN app is the ability to offer 12 simultaneous connections. As a result, you can seamlessly switch between devices to carry out your tasks without putting your sensitive information at risk.

Another feature worth taking note of in this VPN app is the intuitive user-interface that makes navigation a breeze. Besides, the neat UI also gets rid of the stiff learning curve, which is yet another plus if you don’t prefer to spend a lot of time on learning complex tools. While StrongVPN is available for free, you will need to choose either the monthly ($9.99) or yearly ($69.99) plan to unlock all the goodies.

If you have set your sight on a lightweight yet quite efficient non-Chinese VPN app that can get your job done without any fuss, you shouldn’t miss out on Encrypt.me. The app has a clutter-free UI and is incredibly simple to set up. So, you can get started with this VPN app without having to go through a long learning process. 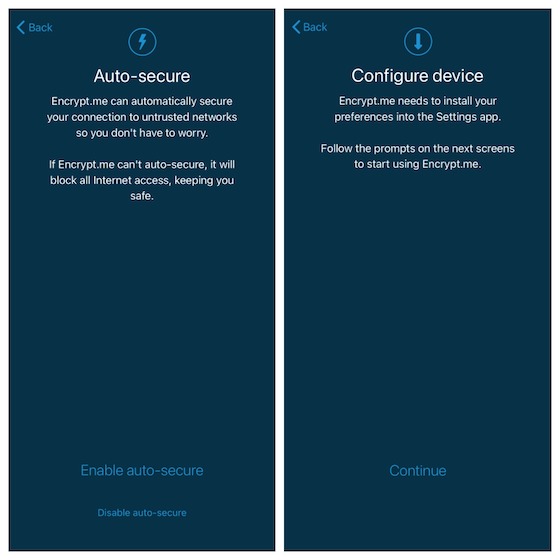 Simplicity aside, Encrypt.me also offers a fast VPN connection. While testing the VPN app, I browsed the web and also streamed some of my favorite flicks to see how well it fares. And I must say that it lived up to the task with fairly good points in terms of speed.

Even on the security and privacy front, Encrypt.me is no pushover. The app automatically secures your online activity to guard your private information against the prying eyes. Just like most of its counterparts, it also doesn’t store your activity and connection logs. As for the price, it’s available for free. But if you want to unlock all of Encrypt.me’s features without any restriction, you will need to shell out $9.99/month.

I have always rated Betternet very highly as a VPN service. Probably the best part about this VPN app is a pretty good freemium model that offers almost all the basic tools. So, if you are on the lookout for a VPN app that can let you surf the web anonymously without costing you anything, it would be worth checking out. 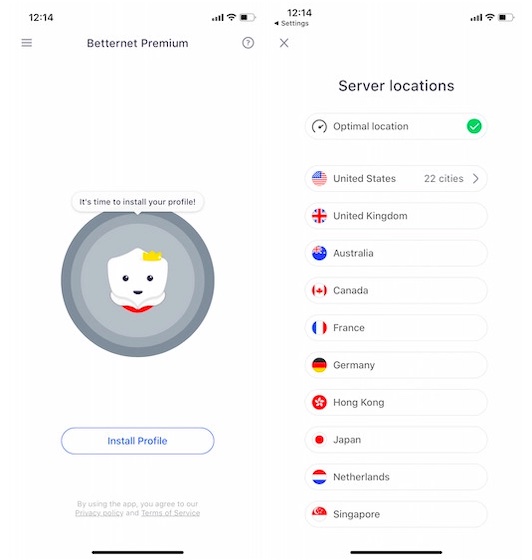 The other department where Betternet scores better than many other rivals is the ability to access websites and applications faster. So, you can stream Netflix, use Facebook, or watch YouTube videos without getting into complexity. I used this VPN service to stream some of my favorite movies and also caught up with some of the highly-rated shows that aren’t available in my country. Throughout the testing, I found Betternet quite efficient.

When it comes to speed, Betternet may not be the fastest VPN service. You can, however, count on it to let you go about your job smoothly. Being lightweight, it feels pretty snappier and also features an interface that’s easily manageable. Overall, Betternet is one of the top free/paid non-Chinese VPN apps for iOS and Android.

As the name itself suggests, VPN 360 is designed to take care of all the important aspects. While it may not be as feature-packed as some of its popular rivals like ExpressVPN and NordVPN, you can bank on it to let you surf the web and stream media with the needed protection and flexibility. 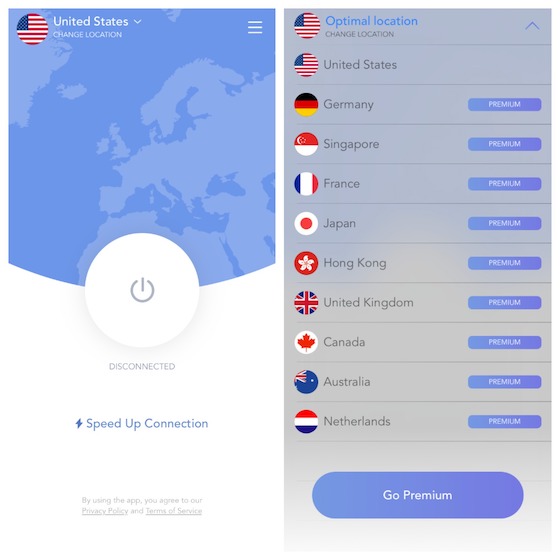 The app hides your IP address to keep you away from the eyes of hackers and cybercriminals. Thus, you can go about your task anonymously. With a reasonably fast network connection, you can access your favorite websites and apps like Facebook, YouTube, Snapchat, and use them as usual. That said, I had problems when trying to Use Netflix and Amazon Prime, so keep that in mind.

To save you from the hassle of connecting to a better server manually, the app automatically detects your location and connects you to the fastest server. Hence, you can get started with your task right away. As for pricing, VPN 360 is available for $11.99/month. But if you go for the one-year-plan, it’s comparatively cheap at $35.99.

So, these are the highly-rated non-Chinese VPN apps. Both in terms of speed and security, they are better than their rivals. But which one of these VPN apps has caught your attention? Is it the one that has got the widest coverage or the one that offers the fastest VPN connection? It would be great to know your top pick and the reasons for your choosing that particular app in the comments section below. 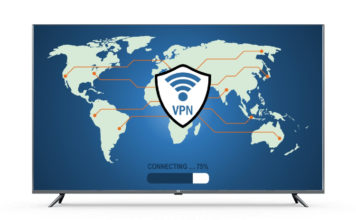 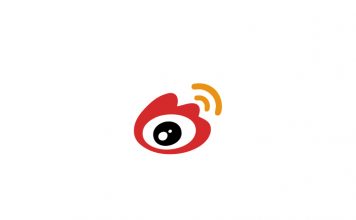 As part of its continuing crackdown on Chinese apps and services following the deadly skirmishes between Indian and Chinese troops in Ladakh earlier this...
Kishalaya Kundu - Aug 4, 2020 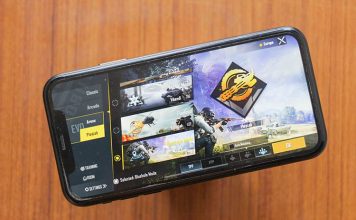 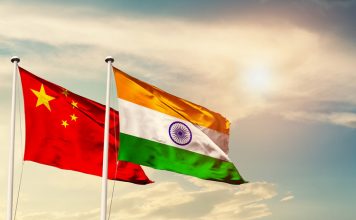 Having banned a long list of Chinese apps recently, the Indian government has now reportedly warned their publishers that their continued operations in the...
Kishalaya Kundu - Jul 22, 2020 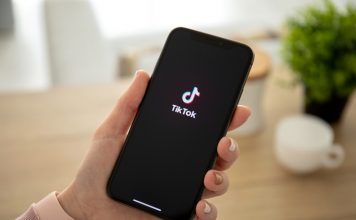 The Indian government has drawn up a detailed questionnaire for the publishers of the 59 Chinese apps that were banned in the country last...
Kishalaya Kundu - Jul 15, 2020