Emulators have lately risen to popularity mainly because users want to play mobile games on their Mac or PC. While there are a couple of great Android emulators available, we hardly find an iPhone emulator in sight. The reason can ve Apple’s walled garden ecosystem. Nevertheless, in this article, I will take you through the nitty-gritty of Apple ecosystem and find what are the best iPhone emulators available now. We have mentioned iPhone emulators for both Windows and macOS operating systems. With that being said, let’s go ahead and learn more about iOS emulators.

Before, we begin, let me clarify some crucial points regarding iPhone emulators. To put it straight, there are no Android like iPhone Emulators available either for Windows or macOS. The primary reason is that iOS is not open-source like Android, so developers can’t build a fork of iOS without the primary source code. Secondly, there are certainly a few ways to emulate iOS, but those are hardly emulators and mostly tools for developers to test their apps. You won’t be able to play games as you can do on Bluestacks and other such emulators. Nevertheless, I have tried my hands on a few tools and see if they are up to the task of iOS emulation. So without further delay, here we go.

Appetize.io is the best way to emulate iOS apps on a number of iPhone models. It’s a tool developers use to test how their app behaves on different models of iPhone. But unlike native application, it runs in a web browser so you can use it on Windows, macOS, Linux and so on. In strictest terms, it’s not an emulator, but a simulator where you can replicate the app and operate it to test its stability. Other than that, you will need to create an app package either with Xcode or Xamarin so that you can upload it on Appetize.io. As we can see, it’s purely a developer tool and not meant for the masses. So if you want to test and develop apps, Appetize.io is a great option. Another similar option you can try is BrowserStack. 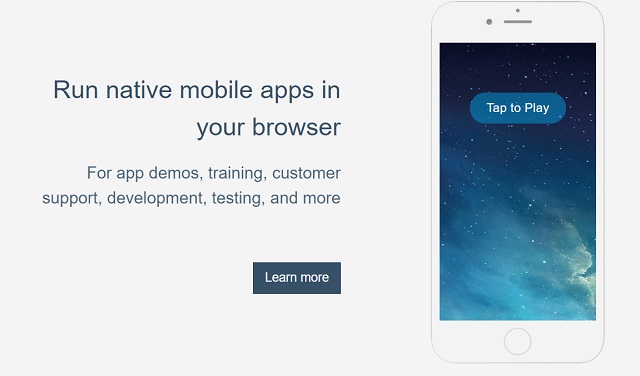 Xcode is another option that is very close to an iPhone emulator but only for testing and development purposes. It’s an IDE (integrated development environment), created by Apple where developers can code their app and check the compatibility on a generation of iPhones from iPhone 4S to 11 Pro. However, the Xcode application is only available on macOS so keep that in mind. To sum up, if you are into programming, you will have to take a deep dive into Xcode to emulate iPhone apps. There is no other way out. 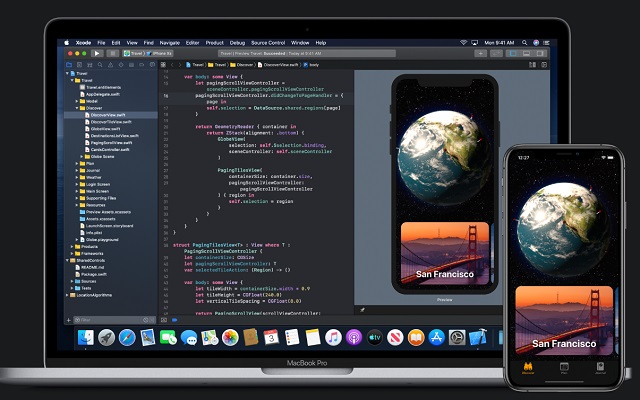 If you want to emulate iPhone apps on Windows PC then Xamarin is the tool you need. It’s part of the Microsoft Visual Studio, hence this one is also a developer tool. Similar to Xcode, you can code your own app and test their backward compatibility on a host of iPhones. It also lets you test the app behavior using rotation, ARkit, Siri Shortcuts and more. However, it’s not free and you will have to pay $99 per month to get the Xamarin plugin on Visual Studio. Nevertheless, if you are a developer, this is the best way you can develop iPhone apps on a Windows computer. 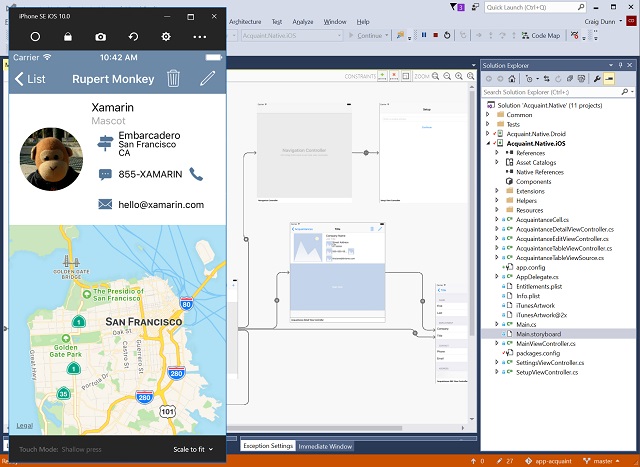 Will We Ever Get an Actual iPhone Emulator?

The short answer to that question is no. Apple has no incentive in making its prized operating system open source so you are never going to get it officially, at least. However, last year some parts of iOS source code were leaked on GitHub, following that Apple ordered to remove the said part from GitHub’s repository. However, some developers took advantage of the leaked source code and created an iPhone virtualization system that almost operated like an iPhone emulator. One of those companies is Corellium, which after releasing its beta, got sued by Apple and since then the product has been on hold. So the bottom line is, it’s very unlikely that you will get a full-fledged emulator for iPhone. In that case, just buy an iPhone and be done with it.

Best iPhone Emulators For You

So that was our take on the best iPhone emulators available right now. One thing is clear that there are no tools available for general consumers. If you are a developer, you can definitely emulate apps, but that’s also limited for testing purposes only. Anyway, that is all from us. If you found the article informative, do comment down below and let us know your opinion on this subject.