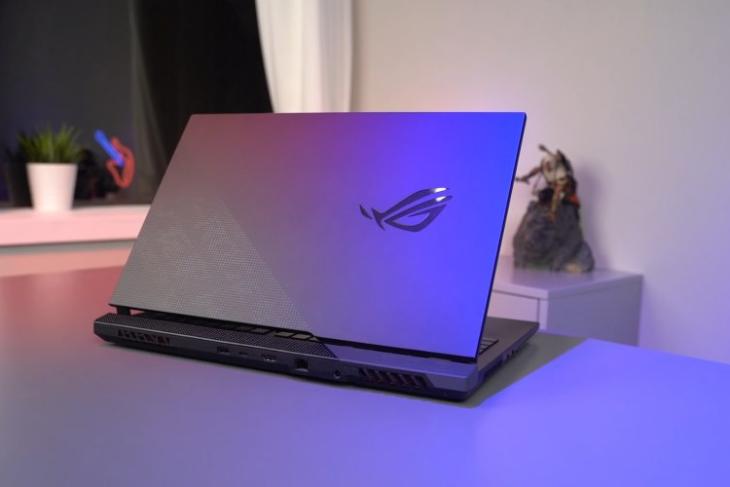 With the launch of the new Ryzen 5000-series CPUs and RTX 30-series mobile GPUs, Asus has expanded its gaming portfolio with the launch of three new laptops today. It launched the ROG Flow X13, a younger sibling to the Zephyrus G14, with an external GPU. We also have an upgraded Zephyrus Duo 15 SE with dual-screens, and the ROG Strix SCAR 17 with the keystone, hinge covers, beefier internals, and more.

Starting off with the ROG Flow X13, it is the most ultraportable 2-in-1 laptop among the lot today. It boasts a magnesium alloy body, a gravity wave design on the interior, and a 360-degree flip design. You can choose between a 120Hz Full-HD panel or a 4K panel with a 16:10 aspect ratio, Adaptive Sync, and Gorilla Glass protection on top. It has touch input and stylus support. 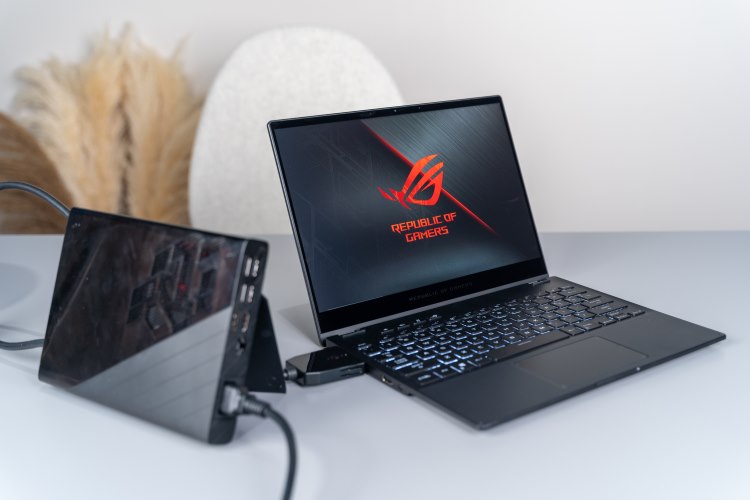 Alongside the Flow X13, Asus has also debuted a new ROG XG Mobile external GPU. It will enable you to add more power to your machine on the go. It is also super portable, weighs around 1kg, and is the smallest eGPU ever. It comes equipped with the new GeForce RTX 3080 laptop GPU, a built-in 280W power supply, and a compact vapor chamber cooling system.

You must already be familiar with Asus’ dual-screen laptops. The ROG Zephyrus Duo gets a special edition treatment at CES 2021. You still have the raised ScreenPad Plus secondary screen to offer better cooling. It is the internals that has been upgraded in line with the latest announcements. ROG Zephyrus Duo 15 SE is powered by up to an overclocked Ryzen 9 5900HX CPU, new GeForce RTX 3080 laptop GPU, new 6-phase power design, and up to 2TB of NVMe storage, and 32GB of DDR4 RAM. 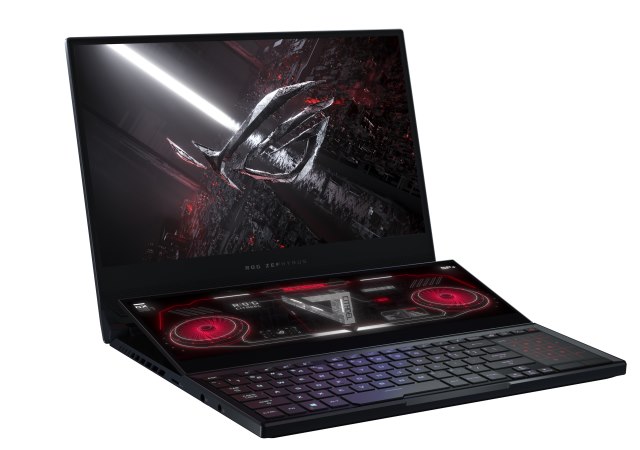 Asus has also upgraded the Zephyrus G14 and G15 laptops at CES 2021. They are not only smaller and lighter but also come equipped with the latest Ryzen 9 5900HS CPU and up to RTX 3080 laptop GPUs. You also get updated display options, a bigger touchpad, improved battery life, and more.

Last but not least, Asus is updating its popular ROG Strix SCAR series to attract more eSport gamers. It now has a smaller footprint, a laser-etched ROG logo that looks like the anime matrix on the G14, a set of three user-swappable hinge caps, and a ton of RGB. You will find a light bar around the front edge of the chassis, an additional light strip under the display, and more.

The highlight of the Strix SCAR 17 will, however, have to be the optical mechanical keyboard with per-key RGB lighting. The keys also have 1.9 mm key travel and zero
debounce delay. 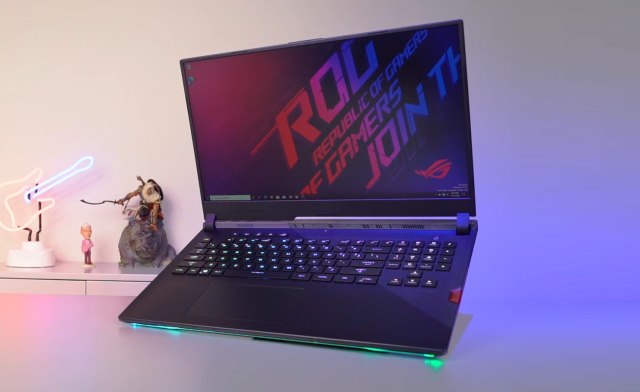 Asus will share the price and availability details for the aforementioned laptops in the coming days, varying by region and taxes. So, stay tuned for more information.