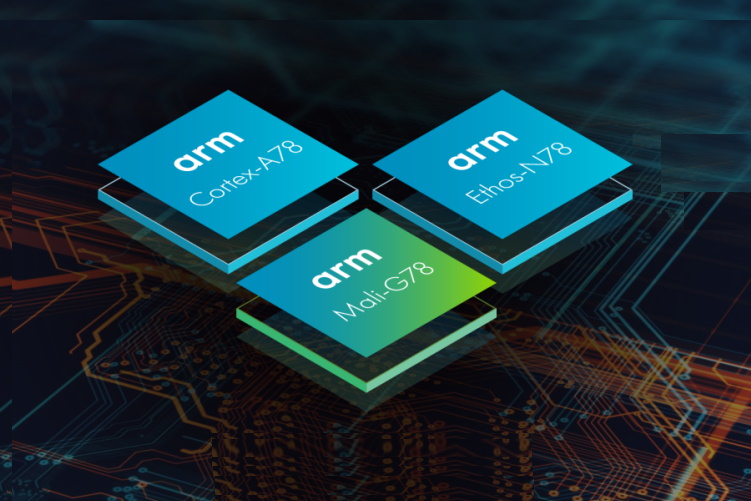 ARM, the Softbank-owned semiconductor and software design company, has taken the wraps off its latest CPU and GPU stack. It has unveiled the Cortex-A78 CPU and Mali-G78 GPU, which will most likely power your flagship phones next year. ARM boasts of massive performance gains across the board.

As ARM states in its official press release, Cortex-A78 is “unquestionably our most efficient Cortex-A CPU ever designed for mobile.” It brings along 20% performance gains over Cortex-A77 CPU that’s baked into the Kryo 585 CPU in Snapdragon 865. The company continues to add that Cortex-A78 will enable enhanced ML (machine learning) and 5G experiences. It still manages to stay within a 1-watt power budget, which is amazing.

The architecture of the Cortex-A78 CPU remains the same as the previous-gen CPU, but ARM promises 50 percent energy saving this time around. Also, on-device ML tasks will now consume 8 percent less energy on average.

The Mali-G78 supports up to 24 cores and brings along 25% performance gains over the previous-gen Mali-G77 GPU. It is based on the new Valhall-based GPU architecture and also brings a 15 percent performance density improvement.

Also, the Mali-G78 is more power- and energy-efficient than last year’s GPU. This means you can extract “more time for entertainment or gaming” on a similar-sized battery as today’s flagships. A new sub-premium ARM Mali-G68 GPU was also announced on Tuesday. It supports up to 6 cores and has the same feature set at the premium Mali-G78 GPU.

Apart from the new CPU and GPU architecture, ARM also announced a new Cortex-X custom program. This allows its partners such as Qualcomm and Huawei to customize the CPU and offer even higher performance gains to the users. Cortex X1 is the first CPU in this new lineup and we expect it to replace Samsung’s own Mongoose cores in next year’s Exynos chipsets.

Samsung and ARM Partner up for 7nm 3GHz Cortex-A76 CPUs