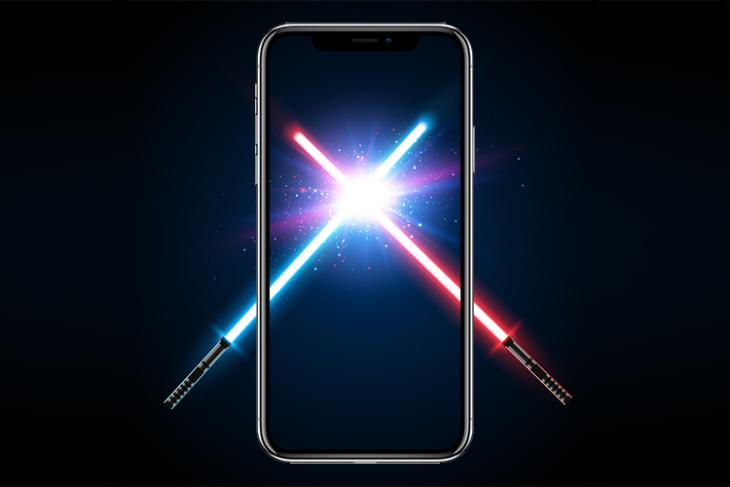 Augmented Reality may have been around for a while, but it really caught attention when Pokemon GO was launched. Before the craze could properly calm down, however, Apple announced ARKit — a framework for iOS developers to build AR based apps that would work with every iPhone that has an A9 chip or higher. Unlike Google’s Project Tango, ARKit did not require additional lenses or senses, and unlike Google’s ARCore, ARKit would simply work on almost every iPhone out there.

We’ve been seeing a lot of great apps being developed using Apple’s ARKit, and one of them caught my attention today.

Instasaber (Free), as the app is called, has just been released on the App Store. The app uses ARKit to turn a piece of rolled up paper into a lightsaber, and it’s very cool.

There are some conditions to the app functioning well, but it’s definitely worthy of a try, and will surely give you some sense of excitement.

Basically, you roll up a piece of paper, and then hold it in front of your iPhone’s camera such that the entire paper is visible in the frame — this is important, it’s how the app figures out where to place the lightsaber. Once this is done, you can simply tap on the screen to turn the lightsaber on, and tap again to turn it off. There are sound effects too. 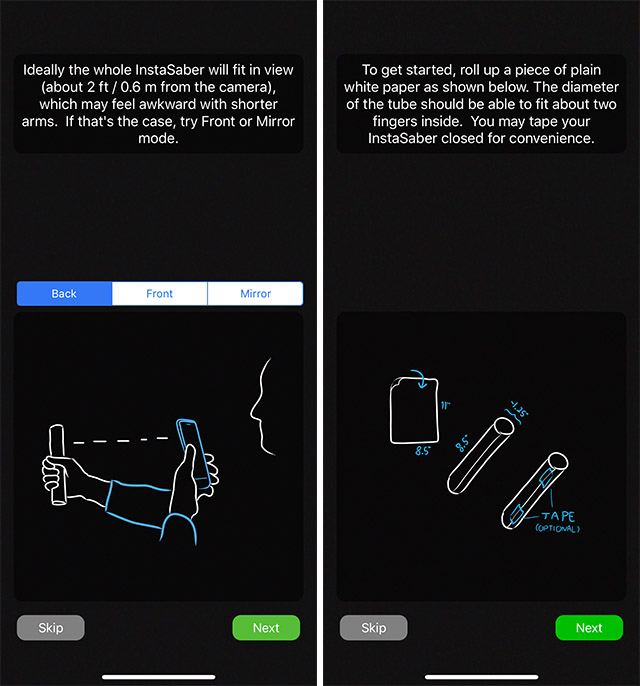 The app works just fine if you move the lightsaber around slowly, but it does bug-out if the movements are too fast, which is excusable for two reasons:

Instasaber is, however, a pretty fun app to use. Even if you’ll probably only use it for a few minutes to take some photos and videos to show off to your friends.

All that said, this isn’t one of those apps I’d recommend to anyone other than a hardcore Star Wars fan. Others won’t appreciate the feeling of having a lightsaber in their hands, and will only be disappointed by the tracking problems that the app has.

The app is free to download and use, but it has premium elements that can be bought by the way of some in-app purchases. This is a model I’d like a lot of other developers to follow, especially when it comes to AR. After all, users should be able to test out the basic functionality of an app, before having to pay for it. It only makes sense.