Skip to content
Home What is What is Google ARCore and How Is It Different From Tango?

We all have heard a lot about the advent of virtual reality and augmented reality in the past few years. While VR has become quite popular, thanks to various virtual reality headsets, AR hasn’t really caught on, as much as we expected to. Sure, there has been Pokemon Go, but that wasn’t really full blown augmented reality. Also, Google did introduce the Tango platform for AR but it did not make a mark due to being limited to a couple of devices. However, Google is making a splash again in the AR world. The company has just introduced the ARCore platform to take on Apple’s ARKit platform. So, if you are wondering what ARCore is, here is everything you need to know about ARCore:

What is Google ARCore?

Google ARCore is a software development kit (SDK) that will bring augmented reality capabilities to many existing and future Android smartphones. In other words, it is Android’s equivalent to Apple’s ARKit. The fundamental technologies gone behind developing this are the same as those for Tango. To give it a head-start, Google has already made the ARCore SDK available for developers to experiment with new AR apps. Furthermore, developers can use tools like Blocks and Tilt Brush that are compatible with ARCore to easily create great 3D content for various AR apps 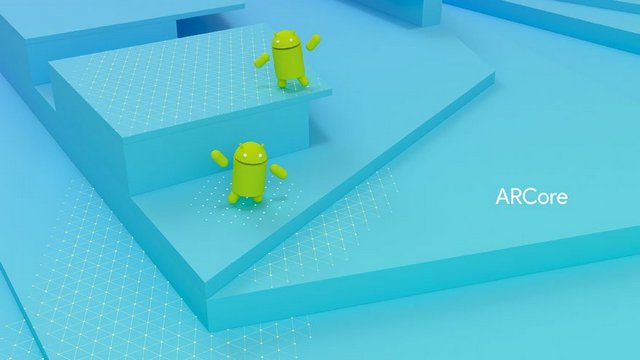 With ARCore, you can use your phone to point out specific buildings or street corners. Couple this with Visual Positioning Service (VPS), and you can materialize any AR prop and come back to it at a later point in time. Using ARCore, Google has also released an experimental AR-focused build of Chromium, along with an iOS-based browser that uses Apple’s ARKit.

ARCore works with Java/OpenGL, Unity, and Unreal and focuses on the following three things primarily:

ARCore can determine both the position and orientation of your Android device. For this, it uses the IMU sensor’s data and your device’s camera to spot the feature points in a room. With VPS, the AR props seem to be placed at the same position each time you look.

Using the same feature points that ARCore recognizes while motion tracking, it recognizes the horizontal surfaces as well. Building a sense of environmental understanding, it then allows you to see AR props placed on such surfaces.

ARCore recognizes the ambient light in the surroundings and uses it to light up the AR props accordingly. Furthermore, a recent experiment found that this was true for shadows as well, thus giving it a more realistic appearance.

How is it Different from Tango?

The most prominent difference that you’ll notice between ARCore and Tango is hardware requirements. Unlike Tango’s custom hardware requirements that consisted of two extra cameras, ARCore can run on any Android device running Nougat or higher. Another difference is that ARCore has to estimate scale based on the camera feed, while Tango directly measures distance. Apart from this, the newer SDK is mostly based on Tango itself. Or you can say that it is a less powerful but more accessible version of Tango.

Google describes ARCore as an intentional long-term outgrowth of Tango. Now if you are wondering if this makes the Tango devices – like the recently released Asus ZenFone AR – come to an end, then that may not be completely true. The search giant refers to Tango as a platform that is fading into the background as more of an enabling technology that works behind the scenes of ARCore. Moreover, it seems plausible that Google will keep pushing for new and better cameras based on Tango.

How is it Different from ARKit?

ARCore and ARKit are more similar than different. Similar to ARCore, ARKit works with Java/OpenGL, Unity, and Unreal. Its SDK is already available for download for all iOS developers with an Apple developer account, and works on devices running iOS 11 beta. With the public release of iOS 11, ARKit will be supported on all devices running it.

The most obvious – and, most likely, the only – difference that you might have even guessed is that ARCore supports devices running Android Nougat or higher, whereas ARKit supports devices running iOS 11. Whether or not there are any other differences will be known once more apps are developed using ARCore. If you are looking for an in-depth comparison between the two, then you can read our detailed article on ARCore vs. ARKit.

Google announced that ARCore currently runs on the Google Pixel and Samsung Galaxy S8 smartphones running Android 7.0 and above. Google is working closely with manufacturers like Samsung, Huawei, LG, and Asus, among many others, to reach its target of a 100 million devices by the end of the ARCore preview that is planned for this winter.

What Does it Hold for the Future?

If everything works how Google wants it to, then ARCore can redefine the way we approach augmented reality. In fact, the ARCore team is already working closely with the Google Lens team in the hope to let the users use the two technologies interchangeably and provide them with a better experience. We can only hope that it works out this way. Because if it does, we would be able to project AR props anywhere, even while using Google Lens.

Is Google ARCore the Future?

In short, I can’t say for sure. Tango looked as promising when it was first introduced, but it failed to capture the market as Google had hoped for. Given that ARCore will be more readily available than Tango, whether or not it will be the key for the company toward an augmented reality-focused future will be confirmed as a matter of time. What are your thoughts about this? Do let me know in the comments section below.