When iOS 11 was launched to the general public last month, Apple managed to turn hundreds of millions of iPhones and iPads into Augmented Reality-enabled devices. This was made possible due to the fact that iOS 11 had support for the company’s ARKit platform. ARKit is nothing but a framework that allows developers to create unparalleled augmented reality experiences for iPhone and iPad with ease. Even though it has only been a month since the update started rolling out, we’ve already seen a slew of new applications and games on the App Store that take advantage of ARKit to deliver an authentic Augmented Reality experience. Well, we’ve already made a list for some of the best ARKit apps that are currently available on the App Store, but if you’re more interested in the gaming side of things, here are the 10 best ARKit games for iPhone and iPad you should play:

During the iPhone launch event last month, in order to showcase what ARKit is capable of, Apple showed a brand new AR game called “The Machines”. Developed by Directive Games, the game lets players place a virtual battlefield in the real world that can be used as a PvP arena in order to compete with your friends. Players will be able to control the game from different angles by moving around the table where they’ve set their battlefield on. All in all, it’s strategic gameplay and dependence on pure skills is good enough to keep you engaged all day. 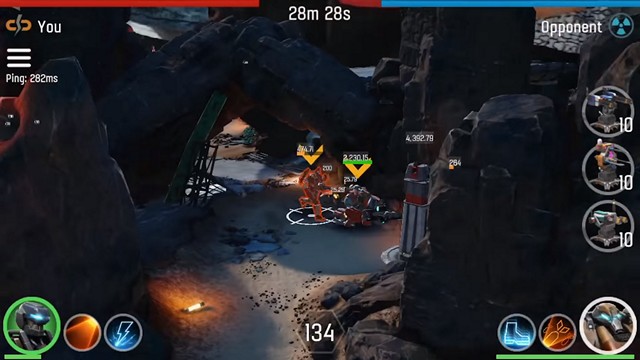 This is another game which the Cupertino-based company showed off during the iPhone launch event that was held over a month ago. Although the game has been available for nearly 2 years, it has recently been updated to take advantage of Apple’s ARKit platform. The popular fighting game developed by Pixel Toys, now features a dedicated AR “Photo Mode” that lets players bring the Freeblade knights into the real world and share the snapshots with their friends. The feature works exceptionally well as long as the placement of the character is good enough. 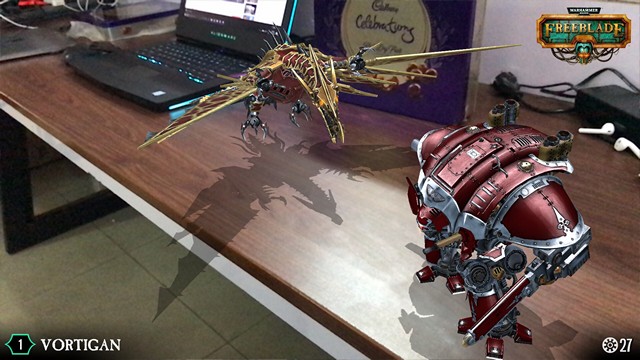 Next on the list, we’ve got a game that won the Apple Design Award earlier this year. Developed by RAC7 Games, Splitter Clitters lets players split the world with a simple swipe and then rearrange it to guide critters back to their spaceship. Well, if you already play this game, you’ll be pleased to know that it has now been updated to support Apple’s ARKit. The game now looks as if it’s being played on a virtual box that’s placed on top of the table in Augmented Reality. Moreover, when you move your iPhone’s camera around to change the perspective, you will actually notice a shift in the pieces of land around which is nothing short of impressive to say the least. 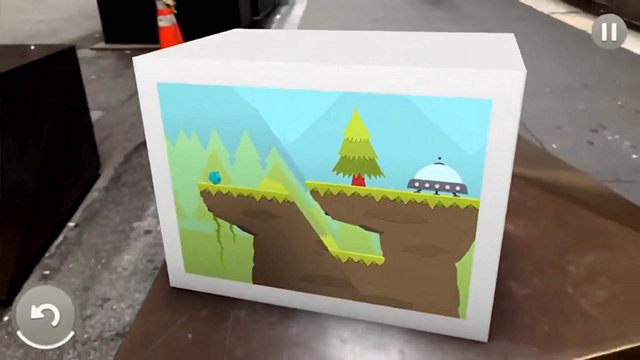 Ever wanted to have a dragon as your pet just like Toothless in the movie How to Train Your Dragon? Well, with Augmented Reality on iOS 11, that’s actually possible. In AR Dragon, you get your own unique pet dragon. Each day, your dragon grows older and larger in size. There’s no way that two dragons will look exactly the game in this game. Players will be able to feed their dragons and ensure they’re having fun by caring. Additionally, they’ll be able to collect over 20 unique hats and skins to dress up their dragons. Overall, the game has all the potential to become addictive pretty fast. 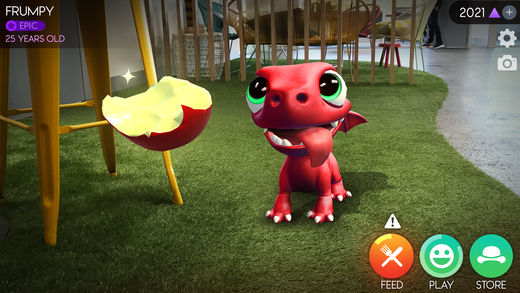 Pokémon Go is one of the biggest and most successful AR games out there with over hundreds of millions of downloads. When it originally launched in 2016, the AR mode of the game basically felt like more like a gimmick, which led to many people turning the feature off. However, Pokémon Go now supports ARKit, and the augmented reality feature has received significant improvements. To make things realistic, Pokémons will now be anchored to a spot in the environment rather than aimlessly floating around. Well, if you’re a fan of the smash-hit animated series, you’ll certainly fall in love with the way you discover these mystical creatures. 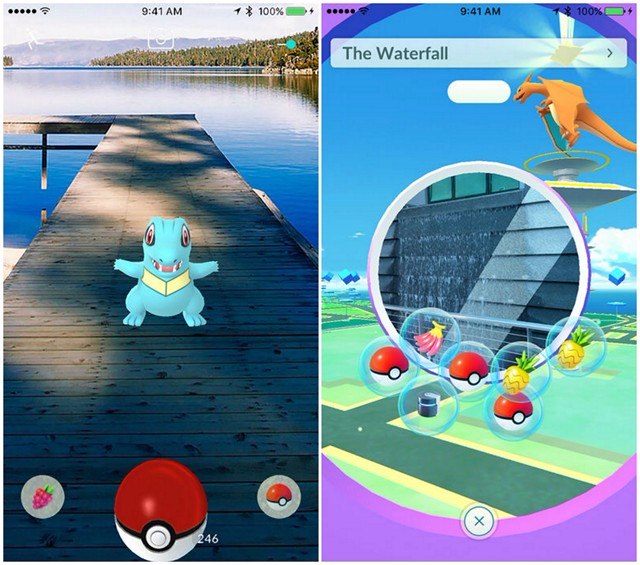 Unlike several other games featured in the list, ARise is a puzzle game that’s totally built from the ground-up for Apple’s ARKit platform. On ARise, players will be able to place the game’s world in the actual world and explore them along with your pint-sized character from every angle by simply moving around with your iPhone or iPad’s camera. What makes the game quite unique is fact that it requires no touch or swipe to complete the puzzle. As of now, 3 worlds are available in game with new puzzles set to be added for free every month. 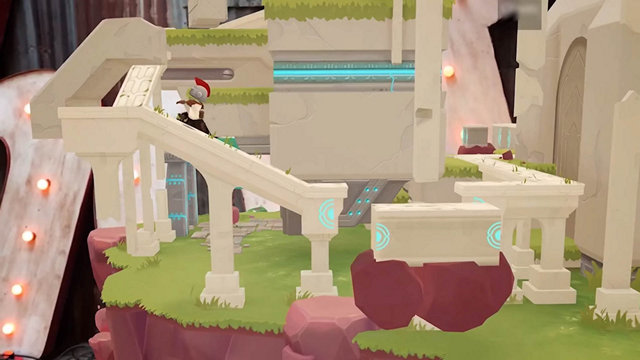 This is unlike any other casual AR game that we’ve seen so far. Zombie Gunship Revenant AR gives you the chance to go all guns blazing against the zombie hordes all by yourself. Basically, you’ll be using your iPhone as a virtual gunship helicopter and you’ll be able to control it by simply moving around the device.  Expect intense battles with the game’s thermal camera graphics and devastating weapons to keep you engaged for days and days. If you’re into shooters, you’ll certainly love playing this on your iOS device. 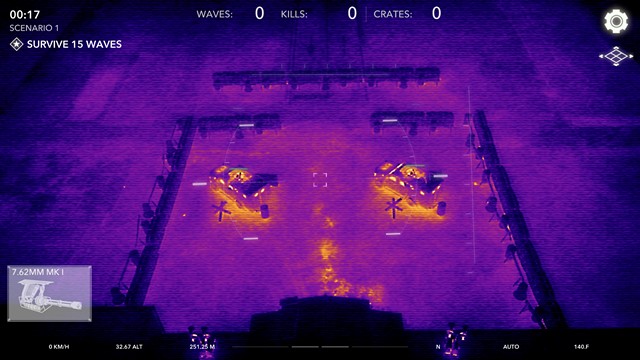 Next on the list, we’ve got yet another puzzle game that manages to deliver an authentic Augmented Reality experience by leveraging the capabilities of ARKit. Although the game has been available in a non-AR state for quite some time now, it’s now able to let you place the puzzles in the real world and play the game from multiple angles due to Augmented Reality support. With the game’s geometry-shifting mechanics, players can twist and rotate the six-sided world to change perspective and flank their enemies. 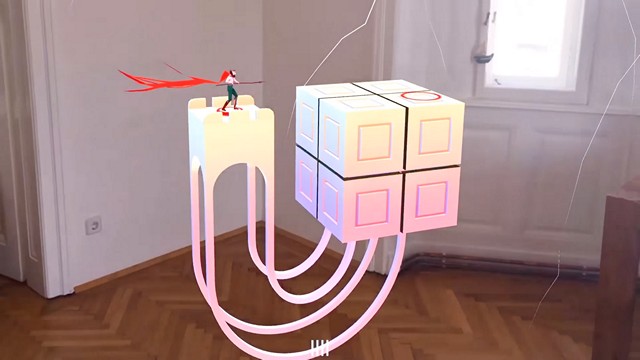 Stack is quite an addictive one-tap game that has been available for quite some time now. Here, players will have to place moving blocks on top of each other and thereby, stack them up to the limit where you find it impossible to do so. However, in Stack AR, you get the same experience in the actual world. That’s right, you’ll probably be stacking up moving blocks on top of your desk or coffee table once you start playing the game. Well, you can even move around the stack with your iPhone or iPad’s camera and play it from multiple perspectives. 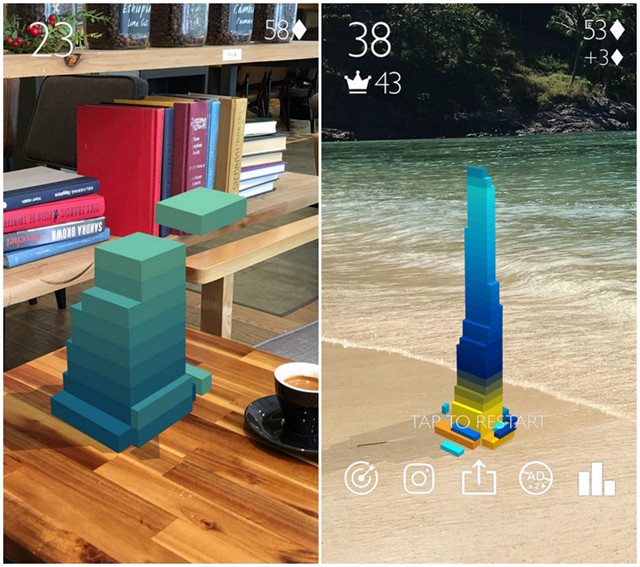 I’m pretty sure that most of us have built toy train sets when we were kids. If you’re feeling nostalgic already, you might want to go ahead and download Thomas and Friends Minis right away. Developed by Budge Studios, the game lets you build your very own train set piece by piece and bring it to life with Thomas the train and all his friends. Thanks to ARKit support, you can place the entire train set in the actual world and move around using your device’s camera in order to customize the set endlessly with whirly waterslides, frozen loops, rainbow bridgets, etc. 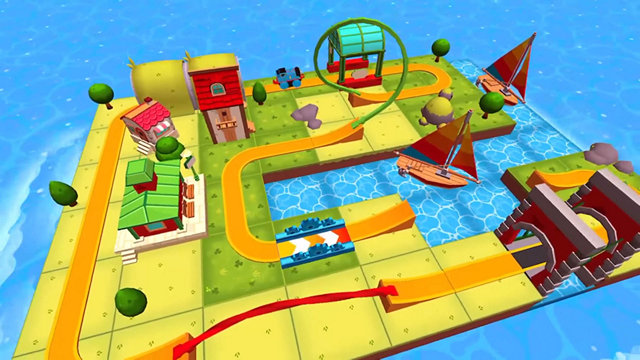 The Best ARKit Games You Should Play

Even before iOS 11 came out along with ARKit support, there were several games that claimed to deliver Augmented Reality experience. To be honest, most of them failed to impress me especially due to the fact that AR offered by them felt more like a gimmick rather than a feature that was actually functional enough to use. Therefore, i was a little bit skeptical about Apple’s ARKit platform when they initially announced it back at WWDC. To my surprise, the iOS 11’s Augmented Reality experience provided by the games that use ARKit is significantly better and way more functional than i expected it to be. It’s been just a month and there are already plenty of AR games out there on the App Store to while away your time. So, have you tried out all these ARKit games? If so, which one’s your favorite? Do let us know, in the comments section down below.