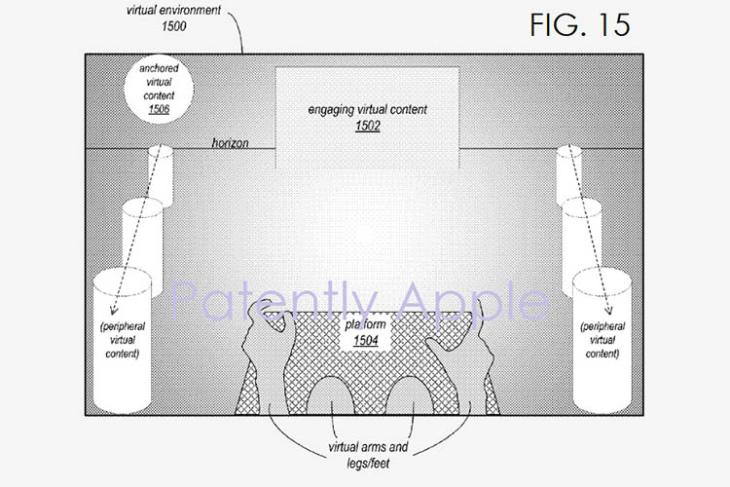 Patently Apple has unearthed a new patent filed by Apple which details a next-gen VR experience for autonomous vehicles of the future. The patent was recently released by the US Patent & Trademark Office (USPTO) and notes that “embodiments of the VR system as described herein may be implemented in autonomous or “self-driving” vehicles where all occupants are passengers.”

The VR system described in the patent can be used to display images on the interior walls of the vehicle to provide a virtual view of the real environment or of a stimulated environment. The VR system will also eliminate the need for windows on vehicles which will make the vehicle more structurally sound. The VR experience can also be used to provide the passengers the sensation that they’re riding in a larger vehicle, which is expected to make them feel more comfortable.

Additionally, the VR system will include a number of sensors that could be used to monitor the vitals of the passenger and determine if they’re feeling sick. The sensors can be used to detect sweating, pulse rate, fidgeting and swallowing, which are common signs of motion sickness, and then the VR system can be adjusted to counter the same.

Beyond that, the VR experience can also be used to keep the riders entertained by introducing virtual riders into the car, like authors who can read their books to the passenger or perhaps coworker with whom the passenger can hold a meeting in a virtual environment. Apple also adds that the VR experience can also include fun activities like hang gliding and the heating and air system in the car can be used to provide complete immersion.

While the VR experience sounds great, it’s worth noting that currently it’s only a patent and may or may not make it to the production stage, if and when Apple does launch its self-driving cars. What do you think about the VR experience? Could this be the future of travel in the near future? Let us know in the comments section below.