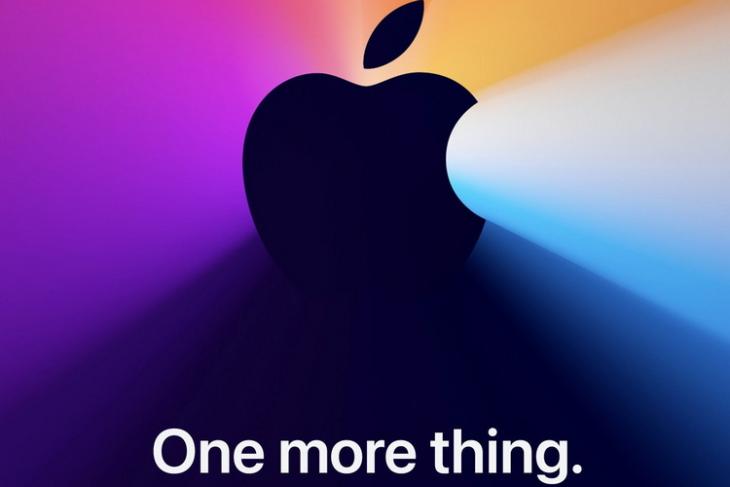 Apple has sent out media invites for its ‘One More Thing’ virtual event all set to be held on November 10 at 10 AM PST or 11:30 PM IST. Notably, this is the third Apple hardware event in the second half of this year following September’s iPad/Apple Watch event and October’s iPhone event.

At the ‘One More Thing’ special event, we could expect Apple to announce its first Apple Silicon Macs, which will also mark the transition from Intel chips, as announced earlier this year at WWDC.

Moreover, the AR invite of the event corroborates the speculations of Apple announcing ARM-based Macs. The teaser shows Apple’s logo rising up and down, much like the lid of a laptop. Take a look at it below:

On the desktop side of things, the report says that Apple is also working on a redesigned iMac and a new Mac Pro. The new Mac Pro will reportedly feature the same design as the current Mac Pro at about half the size. However, an exact timeline of this is not known yet and might happen within 2022.

Other possible candidates for the event include AirPods Studio and AirTags. You can watch the event live on Apple’s website and YouTube. We will be covering all the announcements at the event, so stay tuned for updates.