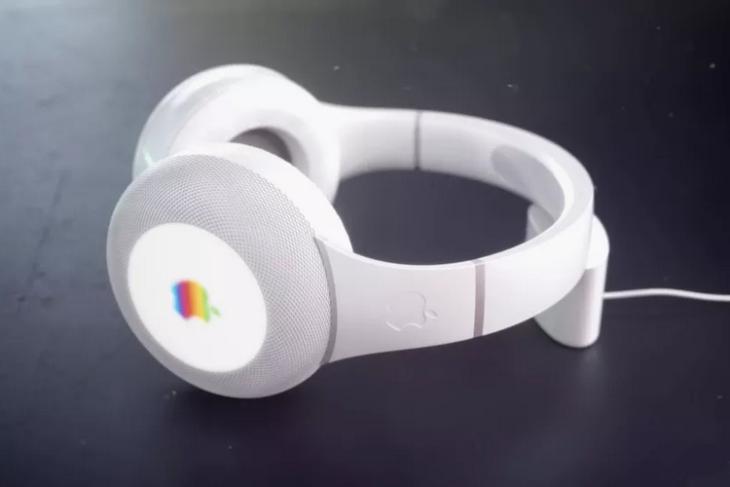 Apple is expected to be working on launching its first ever in-brand on-ear headphones, and according to a recent leak from Jon Prosser, they will be called the ‘AirPods Studio‘. Now, a new exclusive report from 9to5mac has shed light on some of the features the $349 AirPods Studio might be launching with.

According to their sources, the AirPods Studio will come with sensors that can detect whether the headphones are placed on the head or the neck. This is expected to be how the headphones play/pause music automatically, similar to the AirPods and AirPods Pro’s ear-detection feature.

Another feature that 9to5Mac’s report mentions will allow the AirPods to detect the left and right ear of the user for routing audio channels accordingly. This is pretty interesting, because it would mean that the AirPods Studio won’t have set left and right earcups. Instead, they will route audio depending on how the user wears the headphones.

The Studio will come with Active Noise Cancellation, which is definitely expected from headphones in this price bracket, and they will also feature the same Transparency Mode as the AirPods Pro. 9to5Mac also reports that pairing the headphones with a Mac or iOS device will unlock custom EQ settings with adjustments for low, mids, and highs.

Another report, by Bloomberg, claims that the Cupertino giant will launch at least two variations of the AirPods Studio — one with leather materials, and another with lighter materials aimed at fitness enthusiasts. The report also mentioned that the company might be working on modular magnetic earpads.

We do not yet know when Apple will launch the AirPods Studio, but it could be anytime now. Let’s see what else the headphones will bring along when they are launched.