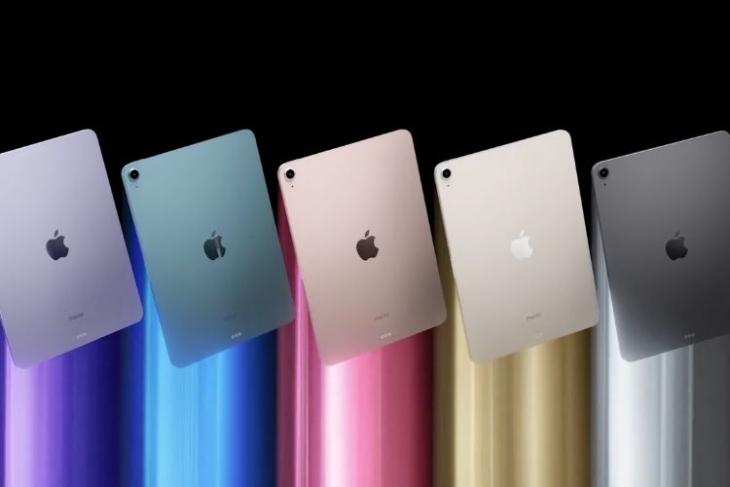 At this year’s Spring event, Apple has refreshed its iPad lineup with the launch of the 5th-gen iPad Air. This is the successor to the iPad Air 4, which was launched almost two years ago. While the new iPad Air model doesn’t go for a new design, it does make some changes on the hardware front, including 5G support, an M1 chip instead of the A-series chipset, and more. Here’s a look at the details of the iPad Air 5.

The iPad Air 5 has the same 10.9-inch display as the 4th-generation iPad Air. The Liquid Retina display has a screen resolution of 2360 x 1640 pixels and 500 nits of peak brightness. There are thin bezels, but don’t expect a completely bezel-less design. The tablet also supports Touch ID baked into the power button at the top.

As per what the rumors said, the iPad Air 5 is now powered by an Apple M1 chip, which is also seen on last year’s iPad Pro and even the 2020 MacBooks. It is expected to deliver 60% faster CPU and 2x faster GPU performance than the previous iPad Air. It is said to prove apt for gamers (Apple showed off a glimpse of Apex Legends Mobile on the iPad on stage at the event), content creators, and more alike.

For those who don’t know, its predecessor came with an A14 Bionic chipset and even the latest iPad Mini has the A15 Bionic chipset (same as the iPhone 13 series). The shift to Apple’s desktop silicon, however, means that the company wants to project that its tablet is equivalent to its Macs and even the iPad Pro in terms of performance.

The new iPad Air 5 also comes with 5G support, which can be termed an attractive addition but the lack of the commercial availability of 5G, at least in India, makes it kind of futile.

The iPad cameras have also seen improvements. While the camera configuration remains the same as the iPad Air 4, which is a single 12MP rear camera, there are a few new changes to look at. The 12MP front camera has a better field of view and support for the Centre Stage feature. This feature, as available on the iPad Pro, is meant for seamless video calling sessions. It ensures to keep you in the center of the frame even if you move around during video calls. Other camera bits involve support for 4K videos, image stabilization, and more.

The iPad Air 5 has some changes for the battery too and is expected to have all-day battery life on a single charge. It also supports the Magic Keyboard, the Smart Keyboard Folio, and the 2nd Gen Apple Pencil. It gets up to 256GB of storage, USB Type-C port support, runs iPadOS 15, and more.

The iPad Air 5 starts at Rs 54,900 for the Wi-Fi-only model in India and Rs 68,900 for the Wi-Fi and LTE variant. It will be up for grabs starting March 18 and the pre-order will begin on March 11. The latest iPad Air comes in Black, White, Electric Orange, Dark Cherry, English Lavender, and Marine Blue color options.