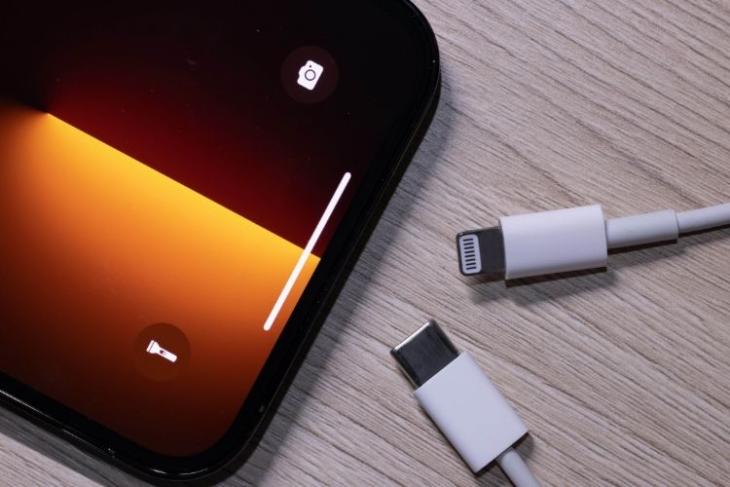 The EU recently mandated USB-C for all phones by 2024 and besides it being a sigh of relief for many, it has certainly raised the question of what will Apple do. And, Apple has the answer. In a recent interview with the Wall Street Journal, the Cupertino tech major has confirmed that it will adopt the USB-C standard for charging.

Future iPhones Will Get USB Type-C

Apple’s Greg Joswiak told Wall Street Journal‘s Joanna Stern that Apple will comply with the new EU law as it has “no other choice.“ While the company will finally say yes to USB-C, it doesn’t appear to be a happy choice. It was made clear that Apple isn’t entirely in favor of the decision to adopt USB-C.

Joswiak also agreed to the fact that the EU and Apple have been in a “little bit of a disagreement” over making USB-C a standard. It was also pointed out how USB-C and Apple’s Lightning port are the two most popular connectors.

So, while there’s still some dismay about USB-C, Apple will include one on future iPhones. Although, there’s no word on whether or not this will be limited to the EU region. Apple hasn’t revealed anything on USB-C iPhones for other regions as of now.

There’s a chance that next year’s iPhone 15 lineup might finally include the USB Type-C port. A previous report by Kuo also hinted at USB Type-C-enabled AirPods. But, it remains to be seen if Apple will make this a standard for all its products even though this has already started happening. To recall, the latest affordable 10th Gen iPad has USB-C.

If you still don’t know about the EU law, it requires all OEMs to make USB Type-C a standard for all new mobile phones, tablets, digital cameras, headphones, and more by 2024. The law was recently made official after being debated for years.

We will see how Apple gels with this new law and when this will apply to other regions. We will update you with more details on the matter once there’s something new. So, stay tuned, and do let us know how you feel about a USB-C iPhone in the comments below.