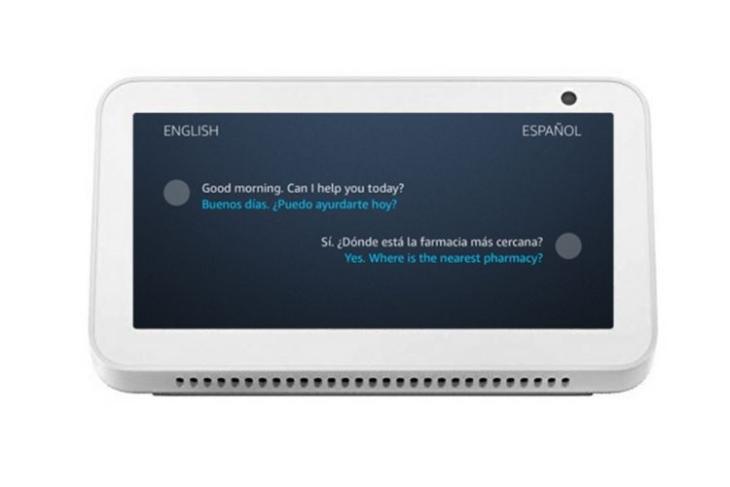 Amazon is giving its voice assistant a boost in the language-focused skills department. Alexa is now capable of live translation, which enables users who speak two different languages to converse with each other.

The Live Translation feature uses Amazon’s automatic-speech-recognition and text-to-speech technology. It can “automatically identify which language is being spoken and translate each side” while also taking into account natural pauses.

“At launch, the feature will work with six language pairs — English and Spanish, French, German, Italian, Brazilian Portuguese, or Hindi — on Echo devices with [the default language] or locale set to English US,” says the official blog post.

How to Use Alexa’s Live Translation Feature

After the beep, whatever you say in your language will be translated into the language your partner speaks and vice-versa. While Alexa will speak out translated sentences on Echo speakers, you will be able to read the conversation on Echo Show smart displays.

Once you’re through with the conversation, just say “Alexa, stop” to end the Live Translation session. It’s that easy but there’s one shortcoming. The feature currently seems to work only with Echo speakers and smart displays. I was unable to initiate a Live Translation on the Alexa app on my OnePlus Nord.

Amazon is not the first company to offer users a real-time translation feature. Google Assistant includes a similar Interpreter mode, which was launched back in 2019. The feature started off with its smart speakers but is now widely available on Android and iOS smartphones as well. In fact, Google has launched a dedicated Interpreter mode app to make it easier for users to access this handy feature.