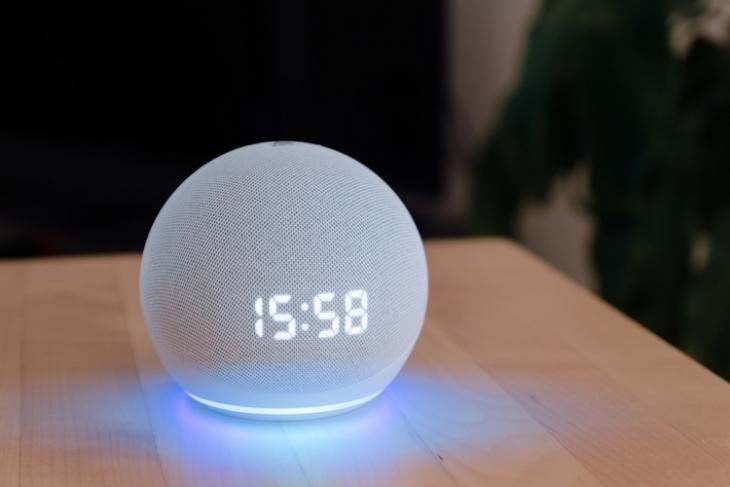 At its re:MARS 2022 developer conference, Amazon revealed a unique experimental feature for its voice assistant Alexa — the ability to replicate the voice of deceased people. Yes, you read that right. In a development that sounds straight out of a dystopian sci-fi movie, Alexa may soon have the option to mimic your dead relatives.

At the event, Amazon demonstrated an example video where a child asks Alexa to read a bedtime story. “Alexa, Can grandma finish reading me The Wizard of Oz?,” says the kid in the video. Soon after, Alexa starts reciting the story in what’s presumably the child’s grandmother’s voice.

The best part is that the grandma’s voice sounded natural and not something you would expect from a voice assistant that usually sounds mundane and robotic.

“This required inventions where we had to learn to produce a high-quality voice with less than a minute of the recording versus hours of recording in the studio. The way we made it happen is by framing the problem as a voice conversion task and not a speech generation path. We are unquestionably living in the golden era of AI, where our dreams and science fiction are becoming a reality,” said Rohit Prasad, Amazon’s Senior Vice President and Head Scientist for Alexa.

While Amazon’s demonstration of the voice mimicking feature is heartwarming, I can already think of various cases of users trying to abuse the feature. It remains to be seen if other voice assistants will intelligently detect that the voice is coming out of Alexa and avoid cases of bypassing voice recognition authentication systems.

Prasad has also talked about the possible challenges as this is more of a ‘voice conversion task and not a speech generation path.‘ We can expect more details on this in the near future. Regarding the availability, there’s no word for now as it is currently under development. So, do you think AIs should have the option to mimic the voices of dead people? Share your thoughts with us in the comments.