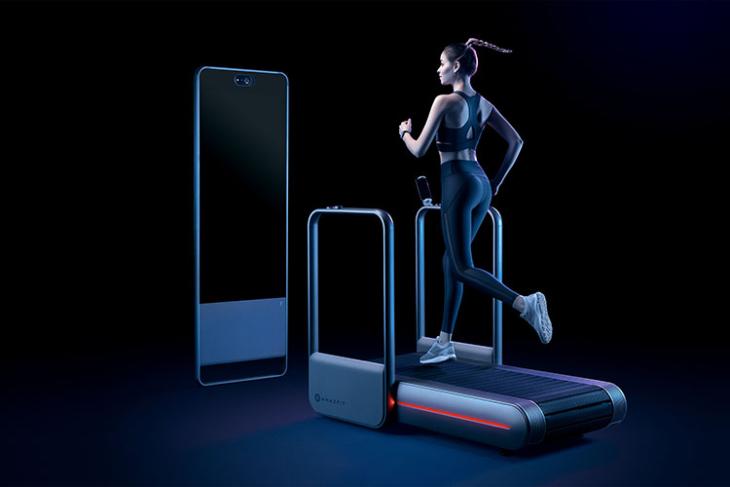 Amazfit, the brand behind smartwatches like the Amazfit GTR, announced a new product at CES 2020 this morning. The Amazfit HomeStudio, as it’s called, is a treadmill that comes with a smart mirror called the Smart Gym Hub.

The treadmill and the smart gym hub have been designed in partnership with fitness entertainment brand “STUDIO” and Amazfit says the product will bring comprehensive fitness experience right to consumers’ homes.

The treadmill itself comes with 55 rubber coated slats to provide comfort and support across its 53.1×20-inch running area. The treadmill uses a brushless motor, and has a max speed of 20km/h, along with an incline setting that goes up to 7-degrees, so you can increase or decrease the amount of effort it would need you to run the same amount of distance.

Amazfit also mentions that the handrails on the side of the treadmill have been built strong enough to not only be useful for support during a treadmill-run, but also for bodyweight training, along with serving as a barre for stretches. Amazfit is aiming for the treadmill to be a complete solution for at-home fitness. 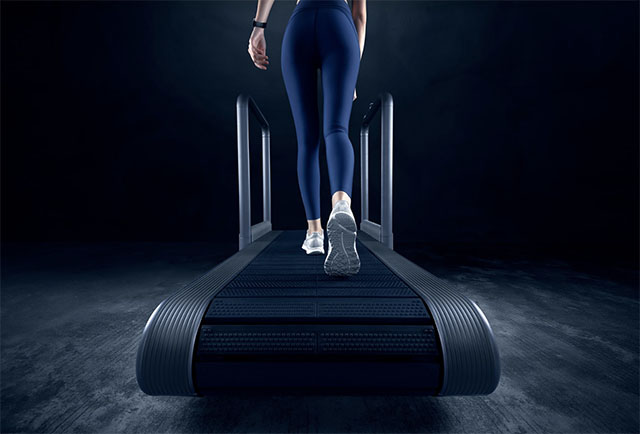 More exciting however, is the Smart Gym Hub screen that the treadmill comes with. It’s a 43-inch LCD screen that performs multiple duties to help you with your workout experience. The display can reportedly connect users to over 1000 classes of treadmill, yoga, stretching and more, offered by ‘STUDIO’.

The display also displays detailed workout related data on the screen, including things like the heart rate, distance travelled, and the calories burned in the workout. The display also comes with AI baked in, and a 3D time of flight camera which provides feedback on your workout, and also allowing users to interact with the display using gestures.

Along with the Amazfit HomeStudio, the company also announced another treadmill which doesn’t come with a smart display or anything, but according to the company can be folded away in just under 5 seconds, allowing consumers to store it away after their run and save space in their homes.

When unfolded, the AirRun features a big 51×20-inch running area, which according to Amazfit, is 29% larger than the top 10 best selling home treadmills on Amazon. The treadmill comes with safety measures as well, including an emergency stop cord, a slow-down button, and anti-slip rubber. It also comes with shock absorbers to protect consumers’ knees while also reducing noise. 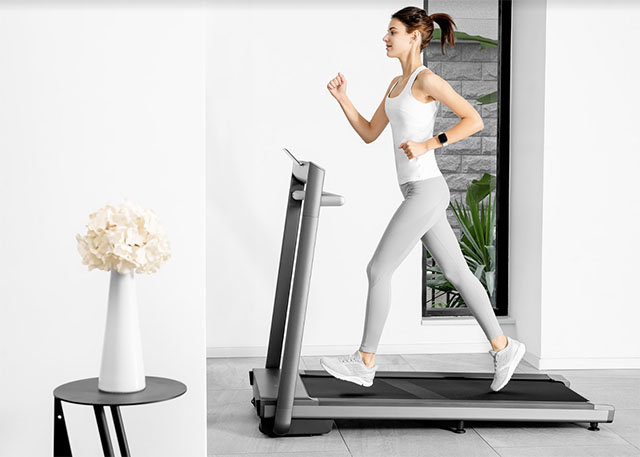 The AirRun, like the HomeStudio, also brings in JBL surround sound system built-in, along with a phone mount so you can use your phone to watch videos with the JBL system providing an immersive experience.

Amazfit hasn’t announced pricing and availability details for the Amazfit HomeStudio or the AirRun so far.