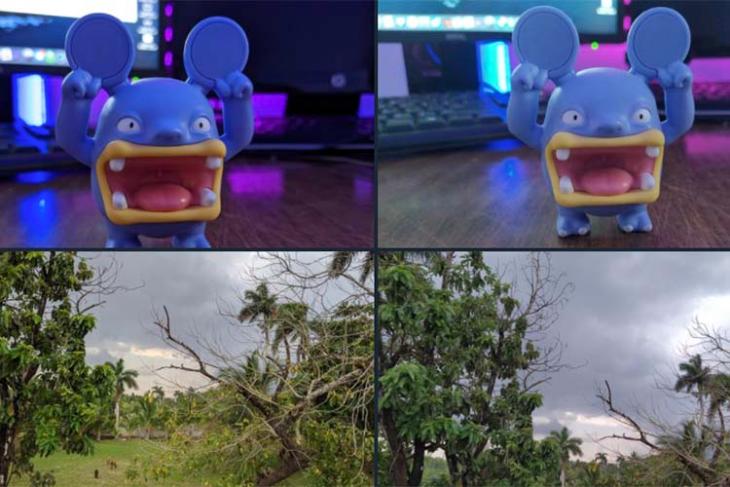 A couple of months back, a YouTuber named Julio Lusson from the channel TecnoLike Plus posted a hands-on video of the alleged upcoming mid-range Google smartphone, the Pixel 4a. He has now published images on Twitter comparing the 12MP Pixel 4a’s camera with the 48MP Redmi Note 7.

Judging by these images, the results are not really surprising and we do have a clear winner here. As the old saying goes, megapixels don’t really matter. There is no doubt that Pixel 4a would keep up its name and carry the glory of the Pixel lineup’s cameras forward.

As per previous leaks and rumors, the Pixel 4a will sport a 5.81-inch Full HD+ display with 2340 x 1080 pixel resolution and 60Hz refresh rate. There could be a Snapdragon 730 chipset with 6GB of RAM and 64GB of internal storage. The handset is tipped to come with a 3080 mAh battery that charges through a USB-C port and could even have the headphone jack.

Google was initially expected to unveil the Pixel 4a at Google I/O 2020 which had to be called off due to the pandemic. According to a recent report, the Pixel 4a may go on sale starting from the 22nd of May in Germany. If that is anything to go by, we could expect Google to make an announcement in the coming weeks as we’ve now entered the month of May.