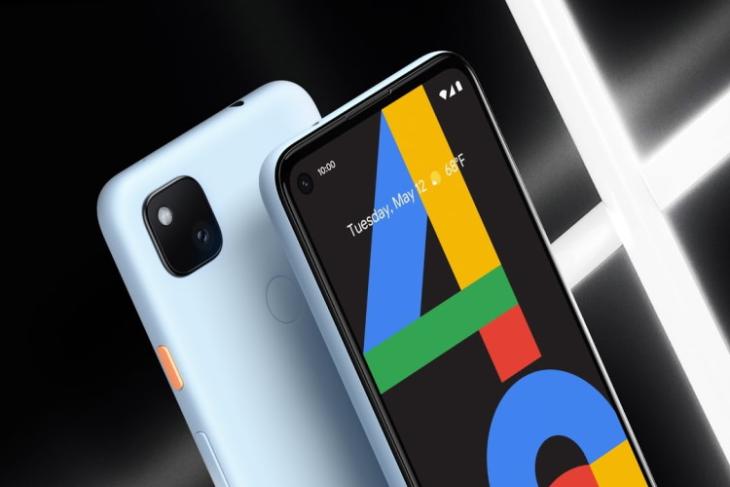 The Google Pixel 4a made its official debut earlier this year, with the gaming-centric Snapdragon 730G and a single camera in tow. It arrived in a single ‘Just Black’ color variant back in August. But now, Google is adding a limited edition ‘Barely Blue’ variant to give users a bit more choice.

This is merely a new color variant, in the same vein as the Purple-ish Pixel 3a which launched last year. The device still features a polycarbonate build and a matte finish, along with the ‘orange’ accented power button on the right. The black square camera cutout also offers a nice contrast to the design.

Also, as I’ve mentioned above, the Barely Blue color variant will be a limited run. The company says that it will available ‘exclusively on Google Store while supplies last.’ It means if you have been avoiding the Pixel 4a, which is a stellar camera phone for the price, due to its black colorway. Well, you now have a bright and soothing new baby blue option – but only in the United States.

The Pixel 4a includes a 5.81-inch Full-HD+ AMOLED display with a 60Hz refresh rate and a punch-hole cutout, with an 8MP selfie camera, at the top left. Google stuck with a single 12MP rear camera housed inside a square camera module. You will find a fingerprint sensor on the rear.

Under the hood, Pixel 4a is powered by the Snapdragon 730G chipset. It is coupled with 6GB of RAM and 128GB of built-in storage. The device also includes Google’s Titan M security chip. The device launched with Android 10 but is upgradeable to the latest Android 11 build out-of-the-box.