Back in December last, Airtel launched a redesigned version of the Airtel TV app and revealed that all prepaid and postpaid subscribers will enjoy free subscription to the app’s services until July 2018. As if that was not already enticing enough, the telecom operator has more good news for its customers.

Airtel has revealed that the Airtel TV app has crossed the milestone of 50 million downloads on Android, with 40 million downloads being registered in the last 9 months. To celebrate the achievement, Airtel has extended the free subscription offer for all Airtel postpaid and prepaid mobile customers till December 30, 2018. 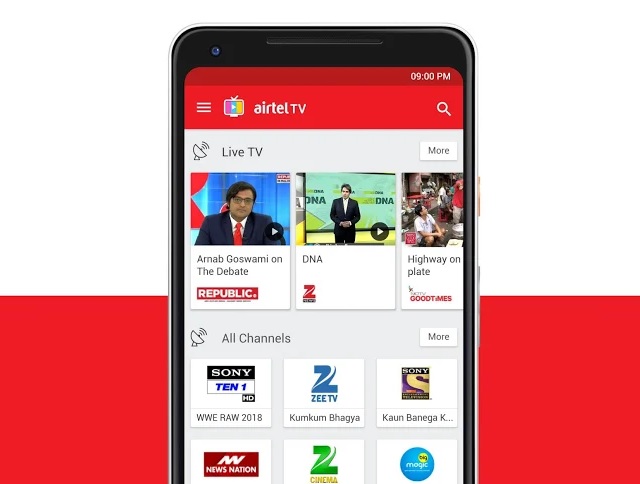 “We are thrilled at achieving this milestone and being able to scale up the app so rapidly. This is a strong endorsement from our users and a result of our unrelenting focus on delivering a world-class in-app experience. We will continue to expand our content partnerships and bring more exciting innovations to our users”, said Sameer Batra, CEO of Content and Apps at Bharti Airtel. As per data compiled by App Annie, the Airtel TV app was among the highest downloaded video OTT apps between January and May this year in India.

The Airtel TV app currently offers access to 375+ live TV channels and hosts a library of over 10,000 movies and shows from content partners like Eros Now, SonyLIV and Amazon, which is available in 15 languages. Airtel recently partnered with Hotstar to bring the latter’s library of content to the Airtel TV app,  allowing Airtel subscribers to stream a wide array of multilingual content like TV shows, movies and live channels at no additional cost.

The extension of the free Airtel TV subscription offer is certainly a welcome move, and with the talks of a free Netflix subscription through the Airtel TV app in advanced stages, right now is the best time to jump the Airtel bandwagon.