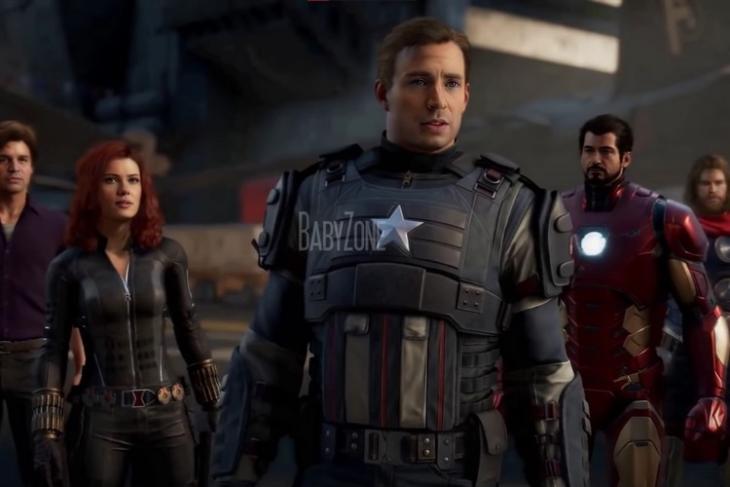 After much anticipation and a long wait, the “Marvel’s Avengers” game is finally hitting the market on September 4. It has become one of the much-awaited titles amongst others. Now, although I really liked the gameplay footage released by the developers earlier in 2019, seeing the heroes with those unfamiliar faces was kind of a buzzkill. So now, a YouTuber has used DeepFake tech to put the faces of the corresponding actors to all the in-game characters.

I don’t know about you but when I think of Ironman, my mind instantly pictures Robert Downey Jr.’s face in the flashy suit. However, seeing that the game’s characters have different faces was pretty disappointing.

Now, it turns out that I am not the only one who had a weird feeling not seeing Chris Hemsworth as the Thor or Mark Ruffalo as the lovable green monster, Hulk in the game. So one YouTuber, named “BabyZone”, has created a video of using snippets of the gameplay footage, but added the faces of the original actors on the existing faces of the characters.

According to the description of the video, the creator used an AI-powered machine learning DeepFake tech to superimpose the faces of the actors onto the in-game characters.

The creator says that he used Marvel’s Avengers movies to create the face-set to train the model and help it improve its performance.

“I used my own 192 DF model trained over 1M iterations. Faceset of for each actor was created from marvel’s avenger’s movies and then trained separately for each cutscene”, reads the description of the video.

Now, coming to the game with the familiar faces, the characters do look like they are straight out of the official movies of the Avengers series. Especially “Black Widow”, aka Agent Romanoff, who looks exactly the same in-game.

The video is fun to watch and you can check out right below.