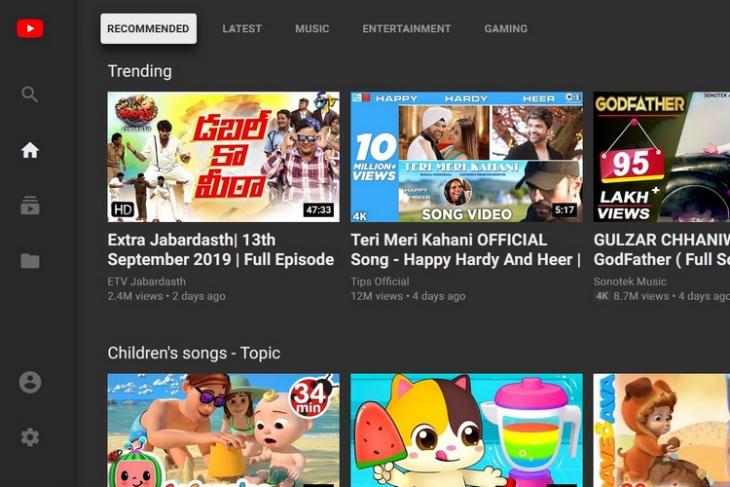 YouTube is retiring its ‘Leanback’ interface for smart TVs in the coming days. When accessing the web-app though youtube.com/tv or youtube.com/leanback (which redirects to the former), the site is displaying a prominent pop-up message, saying: “This version of YouTube will be going away soon. You’ll still be able to view youtube.com, but you can get an optimized experience on a supported device”. 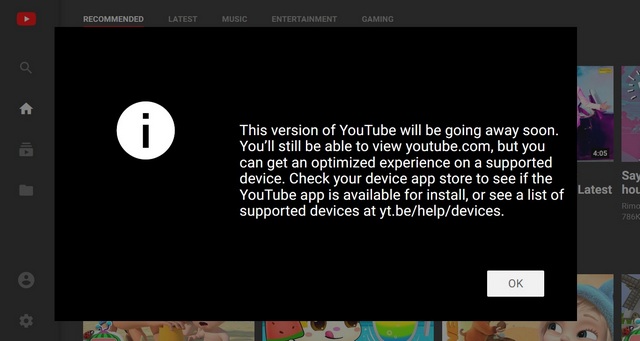 The UI, which was originally introduced in 2010 for smart TV users, has largely become a relic of the past, with most streaming devices, including TVs and gaming consoles, these days offering either native YouTube apps or full-fledged web access through multi-media browsers, which means users for the leanback interface have been steadily dwindling with the passage of time.

While there’s still no official date for the shutdown, it will add yet another name to the long list of products and services that have joined the Google Graveyard over the years, including notably, Google+, Google Allo, Google Trips, Google Reader and more. While most users will not even notice the change, it might become a bit of an issue for Raspberry Pi / HTPC users.

As mentioned already, Google is very likely shutting down the interface because of the easy availability of the native YouTube app on just about all popular streaming devices, which means usage for the web-app must have fallen drastically over the years. While it might not be that big of an issue for most users, some might need to make alternative arrangements to watch YouTube distraction-free once the company does decide to pull the plug.