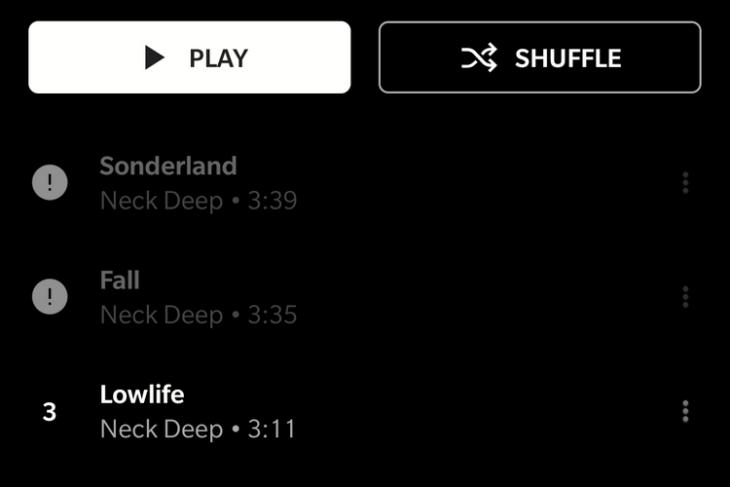 YouTube Music is finally adding the ability to pre-save unreleased albums, a feature that has been available on competing streaming services such as Apple Music and Spotify for quite some time now.

For the uninitiated, the option to pre-save albums is a convenient feature that lets you listen to albums of your favorite artists as soon as they become available. YouTube Music will automatically add those tracks to your library when the album drops.

As spotted first by Reddit user _DavidCastle_, the feature appears to be widely available now. I tried pre-saving ‘All Distortions Are Intentional’ by Neck Deep and it works as intended. While Spotify and Apple Music subtly disables songs that are currently unavailable, YouTube Music throws an error if you try playing one of the unreleased tracks.

That said, I tried pre-saving other albums such as One Day at a Time by Kodaline and Human by OneRepublic but that didn’t go as planned. I suspect that has something to do from the artist’s end since the feature is relatively new on YouTube Music. However, since YouTube Music now supports the option to pre-save albums, we could witness widespread adoption from artists in the coming months.

In the end, this is one of Google’s steps to position YouTube Music as one of the mainstream music streaming platforms. The company recently added a related tab in the redesigned ‘Now playing’ screen, added lyrics support, and introduced a transfer tool to migrate your library from Google Play Music to YouTube Music.