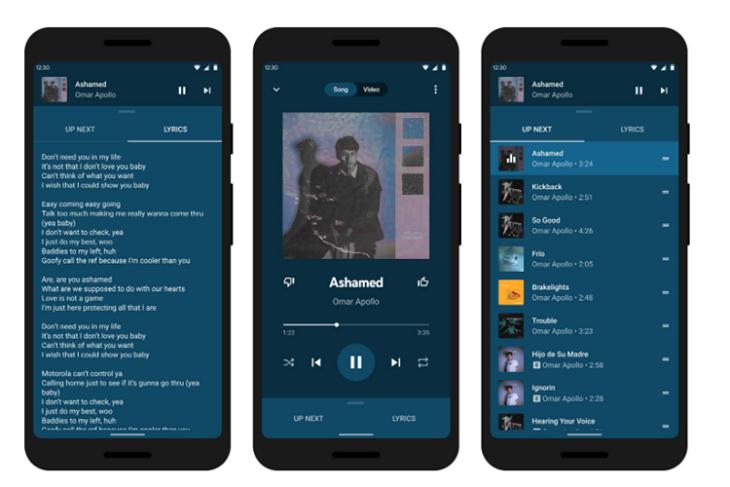 Google has started rolling out a redesigned “Now Playing” screen on YouTube Music. The revamped interface makes it easier to access song lyrics that got added in the previous update.

The major change with this redesign has got to be the addition of Repeat and Shuffle buttons in the Now Playing screen. Until now, such essential features were hidden inside the menu, thereby causing inconvenience to users.

The Repeat and Shuffle buttons replace the Like and Dislike buttons that were previously present on either side of the ‘Previous’ and ‘Next’ playback controls. YouTube has shifted the Like/Dislike buttons up and it now resides on the sides of the track’s name.

Another noticeable improvement with this update is simplified audio/video switching. With the new design, the dedicated button to quickly jump between the audio version and video version of a track is always present at the top of the Now Playing screen.

As I mentioned earlier, YouTube Music appears to be ready to offer Lyrics as one of the major features. The redesign brings the Lyrics feature to the bottom right of the playback screen beside the “Up Next” button.

Apart from all these, YouTube Music has simplified downloading, sharing, and adding songs to a playlist. All these three features are now accessible when you tap on a track’s album art.

The redesigned interface is now live for Android users and will be coming to iOS in the “near future”. As always, it may take a few days for the server-side changes to reflect on your YouTube Music app.