Skip to content
Home News You Might Be Able to Control the Google Pixel Watch Using Gestures on Your Skin! 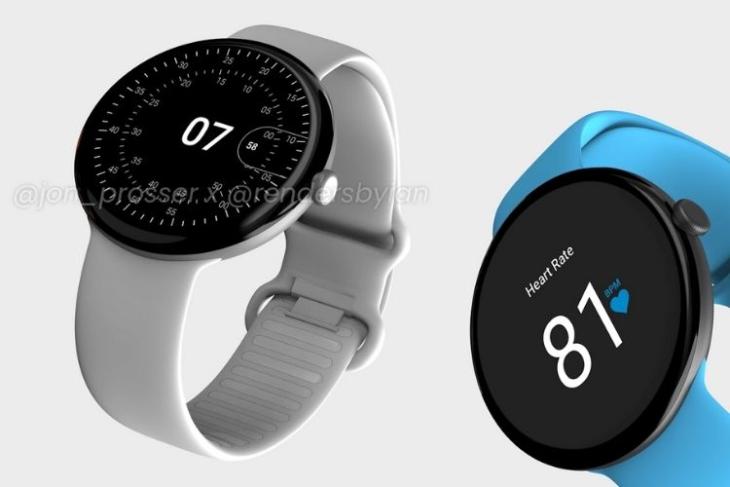 Ahead of its imminent launch later this year, we have seen the Google Pixel Watch surface in various leaks. While we only have a few details at the moment, a recently discovered patent application suggests that Google’s wearable will come with an exclusive feature that will allow users to control the Pixel Watch using their skin! Confused? Read the story to know how it will work.

According to a patent, titled “Skin Interface for Wearables: Sensor Fusion to Improve Signal Quality,” Google might develop a system to let users control the wearable using gestures on their skin. The feature is expected to be exclusive for Google’s own devices and might make its way to the upcoming Pixel Watch or the Pixel Buds TWS earphones. This will differentiate the Pixel Watch from other Wear OS-based watches in the market.

The patent was recently discovered by the Dutch publication LetsGoDigital and was filed at the World Intellectual Property Office (WIPO) back in 2020. So that means Google has been working on the technology for the past two years.

Now, coming to the part of how it actually works, the patent suggests users will be able to tap, swipe, or use customized gestures on their skin to control different functions of the Pixel Watch or Pixel Buds earphones. The gestures made on the skin produce a “mechanical wave” that can be detected by relevant sensors and accelerometers. The new Sensor Fusion technology will further help in the accurate detection of gestures.

The gestures could be used on the skin near the wearable devices to let the sensors detect the gestures and take them as inputs. For instance, you might be able to tap your forearm while wearing the Pixel Watch to start a workout instantly or swipe near your ears to control the volume of the Pixel Buds earphones.

The gestures include vertical tapping, sideway tapping, use of a single finger, and more. It is also reported that machine learning will come into play to detect whether or not skin gestures are meant for the Google wearables.

Now, the skin gesture UI tech is not a new thing in the market. Huawei previously filed for a patent for its smartwatch with similar tropes, and we recently saw Sony release its LinkBuds TWS earphones that feature similar functionality to let users control the earbuds using the ear’s frontal skin with the “Wide Area Tap” feature. The availability of the feature in a Google smartwatch would give the company an edge over its competitors.

Nonetheless, it is worth mentioning that patented technologies do not always make their way to commercial products. Hence, we suggest you take this information with a grain of salt and wait for Google to unveil its Pixel Watch, which is expected to launch alongside the Pixel 6a at Google I/O 2022 in May. Also, do tell us how you like this technology in the comments below.