Skip to content
Home News You Can Now Play ‘Westworld: The Maze’ Game With Alexa on Amazon Echo 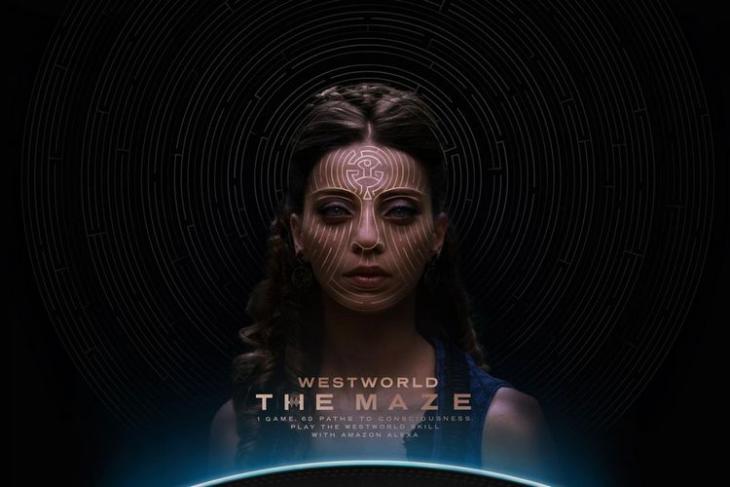 A new voice-based game called ‘Westworld: The Maze’, has been launched for Alexa devices including the Echo and its variants. Based on the popular HBO series, Westworld, the game lets users play as a host on a quest for consciousness.

Like most other titles available on the platform, The Maze is also a ‘choose your own adventure’ game that can be played by enabling the skill through the Alexa companion app, and then firing it up with the simple command: ‘Alexa, open Westworld’.

Alexa, open Westworld.
Find out if this game was meant for you and play #Westworld: The Maze now available on @Amazon Alexa: https://t.co/0L3u3qKd5j pic.twitter.com/G7VPVcgXBG

As mentioned already, the game lets players choose their own adventure, and offers over 60 storylines and 400 unique choices spread over three levels. The game’s objective is to find the center of the maze, and to get there, players have to correctly solve a series of Westworld-related riddles, with wrong answers resulting in death.

According to the official press release, “The game takes about 20 minutes to complete for those cunning enough to stay alive that long. Each moment of the game was designed with purpose, much like the show itself. Within the game’s detailed sound design and scripted interactions, anything could be a clue. It will take a true superfan to find the center of The Maze”.

It is worth noting here that Westworld is also being made into a mobile game by Behaviour Interactive – the developers behind the popular survival horror game, Dead by Daylight. Westworld show debuted on HBO last year, and the season 2 finale will air this Sunday.

Alexa already has a number of different interesting games, including Skyrim, Bingo, Tic Tac Toe and Blackjack, but The Maze brings some added challenges to the table. It is also more immersive and with the show already having a captive fan-base, Amazon will be hoping that the new launch will popularize its smart speakers among a newer and broader audience.