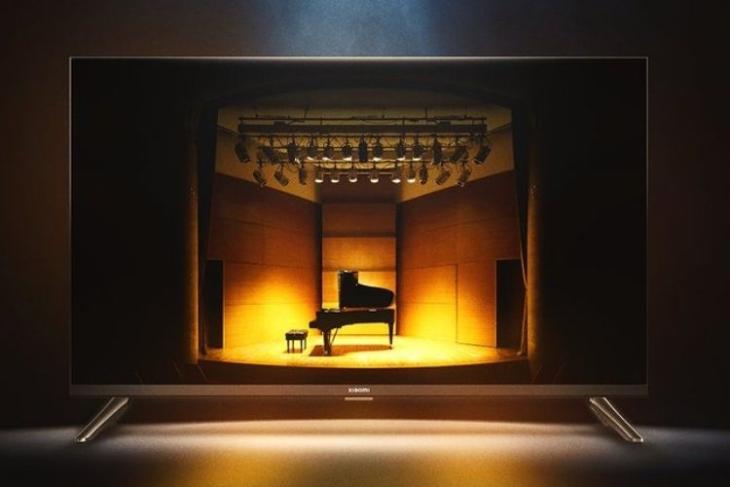 It shall be a hectic day for Xiaomi next week as it is going to announce three major products on April 27. Joining the flagship Xiaomi 12 Pro and the company’s first tablet in years, we have the Xiaomi Smart TV 5A, which will also launch in India on April 27. Here are the details to know.

Xiaomi, via a media invite and a Twitter post, has revealed the launch of a new smart TV in India. The event will start at 12 pm on April 27. The Xiaomi Smart TV 5A is said to come with a premium, seamless finish and boast a bezel-less display.

We can expect it to deliver a vivid viewing and immersive audio experience. The new smart TV is also confirmed to be powered by the A55 CPU, much like the Xiaomi Smart TV 5x. However, the company hasn’t confirmed any other detail of now. We can expect all the details, including the Xiaomi Smart TV 5a price in India to be revealed during the event.

But, we do have details regarding the other Xiaomi products that will launch alongside as they have already been launched in China and globally.

To start with, the Xiaomi 12 Pro is the latest flagship phone by the company, which comes with a Mi 10T Pro-like design, the Snapdragon 8 Gen 1 chipset, three rear cameras all rated at 50MP, support for 120W fast charging, and a WQHD+ E5 LTPO 2.0 display with a 120Hz refresh rate. It runs MIUI 13 based on Android 12 and comes with 5G support and more features.

As for the Xiaomi Pad 5, it is the company’s re-entry into the tablet segment and was previously called the Mi Pad 5 when the company had the Mi branding until it was dropped later on. It sports an 11-inch 2.5K display with a 120Hz refresh rate and is powered by a Snapdragon 860 SoC. It gets a 13MP single rear camera and an 8MP front snapper. The Xiaomi Pad 5 is backed by an 8,720mAh battery with 33W fast-charging, runs MIUI for Pad, and comes with a stylus and multiple accessories.

We are yet to know the prices and availability details of the Xiaomi Pad 5, the Xiaomi 12 Pro, and even the Xiaomi Smart TV 5a. For this, we will have to wait until next week’s launch event. Hence, stay tuned to this space for all the updates you need.