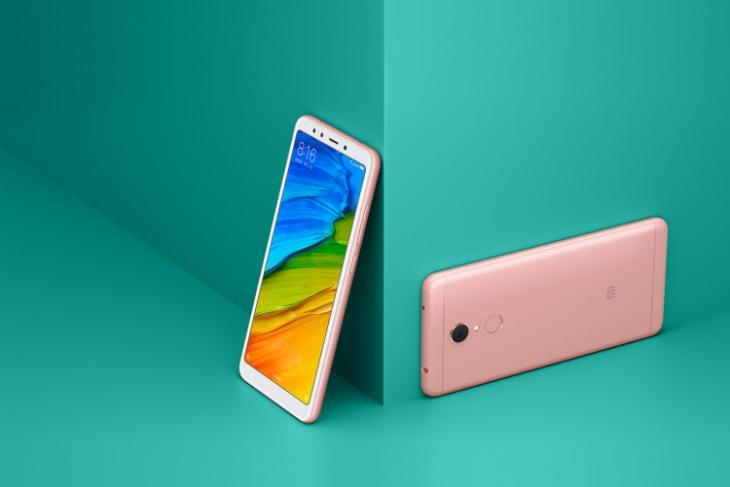 After attracting the mid-range smartphone buyers with the release of the Redmi Note 5 lineup, Xiaomi is back again to rock the budget segment as well. The Chinese giant has today launched the Redmi 5 lineup, what it’s calling a compact powerhouse, in India.

The Redmi 5 lineup starts at a retail price of ₹7,999 for the 2GB RAM+16GB ROM variant and will be exclusively be sold through Amazon, according to the leaked official Mi.com listing page attached below. This smartphone comes as a successor to last year’s Redmi 4, which hadn’t been refreshed until today. It is also the smaller replica of Redmi Note 5, which was launched last month in India.

However, you’ll have to shell out ₹8,999 to grab the 3GB RAM+16GB ROM variant of the Redmi 5. While we were unable to find the product sale listing for this variant of the device, we have discovered the price of the same buried in the code of the Mi.com site. It can be seen in the image below:

And it seems like these are the only two Redmi 5 variants that Xiaomi has decided to bring to India. It has not released the 4GB+64GB variant, which was just recently added to the lineup in China.

Now that we’ve learned the pricing for the Redmi 5, let’s take a quick look at the complete specs sheet of the device as well. This is one of the very few devices in the under-₹10,000 market sporting the taller and more modern display, with an 18:9 aspect ratio. Here are all the other specs:

So, if you are on the hunt for a cheaper and affordable variant of the Redmi Note 5, then this is the phone to get, provided you can manage MIUI as your OS. Are you satisfied with the pricing of the Redmi 5? Let us know in the comments below.

Update: It won’t be a Xiaomi phone launch without the controversial flash sales. The first flash sale for Redmi 5 will be held on March 20, at 12 pm.