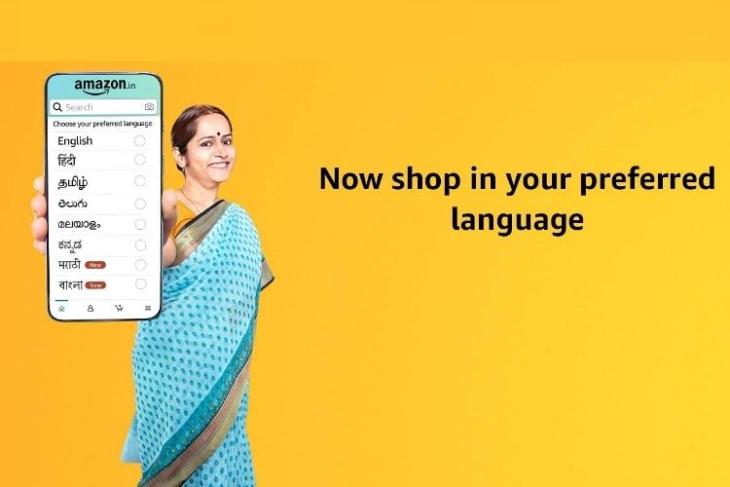 Amazon has been focused on expanding its services in the Indian market to cater to more users in India. The company, earlier this year, set up its first Digital Kendra to support medium and small businesses in the country. Now, to enable more local users to access its shopping platform in India, Amazon has added support for two new Indian languages, including Bengali and Marathi, to its shopping website and apps in India.

Amazon already supports various Indian languages on its platform, including Hindi, Kannada, Malayalam, Tamil, and Telegu, to enable people from all over India to access its services easily. Now, the company recently announced that it is adding Bengali and Marathi to the list of supported Indian languages on its platform. So, in total, Amazon offers 7 regional languages from India on its e-commerce site. You can check out the announcement tweet from Amazon right below.

Following the announcement, Amazon told Gadgets360 that over five million customers took advantage of the existing Indian languages to shop on its platform in 2021. So, with the new additions, the company aims to garner more users in India to compete with Walmart-owned Flipkart.

“Our primary objective is how to take the convenience of Amazon and everything it offers to every single Indian across the country, wherever they may be, whatever their capabilities maybe, or preferences may be,” the Director of Customer Experience and Marketing at Amazon India, Kishore Thota told Gadgets360.

Now, for those unaware, the demand for Marathi language support on Amazon increased last year when the Maharastra Navnirman Sena (MNS) raised the topic, creating a controversy in the country. At that time, Amazon promised to add Marathi to its list of supported Indian languages.

However, Thota has confirmed that the addition of Marathi is not a result of the previous controversy but a natural expansion of language support in India. “We launched four major South Indian languages last year, and if we generally look at a roadmap of languages, probably Marathi and Bengali would have come next. So, it was just a natural evolution of introducing new languages,” Thota further added.

Now, apart from the new Indian languages, Amazon also added Hindi to its voice-based search feature, which was introduced for Android devices last year. Although the feature is still limited to the Android platform, users will now be able to use Hindi commands to search for products on Amazon for Android. This aims to rival the voice search feature that Flipkart currently offers in India.

So, with these new updates, Amazon is looking to convert more potential customers in India into actual buyers. This will help the company to establish a strong base in India, which is the second-largest market in the world.