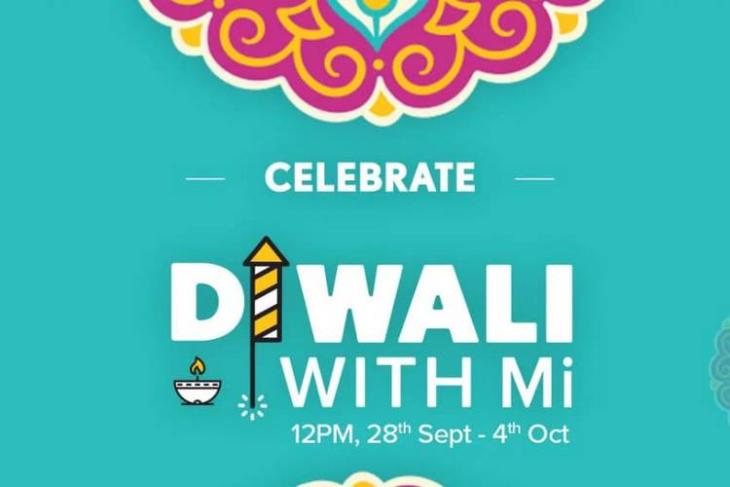 Xiaomi has announced an upcoming Diwali sale that promises to bring lucrative discounts on many of the company’s popular products, including smartphones, TVs, IoT devices, accessories and more. Called ‘Diwali with Mi’, the sale will be officially held on Mi.com from September 28 – October 4, but users will also get similar discounts on Flipkart and Amazon as part of their Big Billion Days and Great Indian Shopping Festival, respectively. Buyers will also get a 10 percent instant discount on credit/debit card transactions, said the company.

Some of the offers include discounts of up to Rs. 3,000 on the Redmi Note 7 Pro, which will be available for INR 10,999 onwards after the price-cut. It also includes discounts on the popular Redmi Note 7S which will be available starting at Rs. 8,999 for the base 3GB+32GB version. The Redmi K20 and K20 Pro will also be heavily discounted during the sale, with prices for the former going down to Rs. 19,999, while the latter will be priced starting at Rs. 24,999 during the period. You can see the entire list in the graphic below. 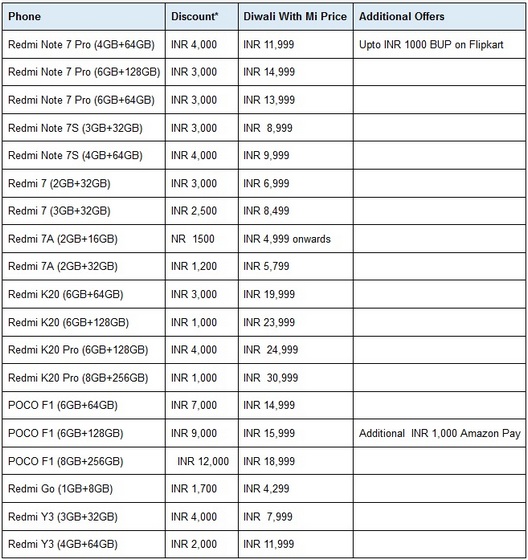 Xiaomi is also offering attractive discounts on its IoT products during the event. As part of the deal, its Mi Smart Water Purifier (RO+UV) will be available via Mi.com, Flipkart and Mi Homes for Rs. 11,999 starting at Noon on 29th September. The filter cartridges will be available for Rs. 3,997 for the complete set, said the company in its press release.

In addition to the above offers, Xiaomi is also set to offer the ‘Diwali Gold Rush’ game, wherein Mi Fans will have to collect gold coins and stand a chance to win prizes worth up to Rs. 2 crore from Xiaomi. The game is available on the Mi Store App between 23rd September and 28th September, 2019. The ‘Re 1 Flash Sale’ is also back this Diwali, wherein two products will be available for Re. 1 each day of sale for 6 days on Mi.com.