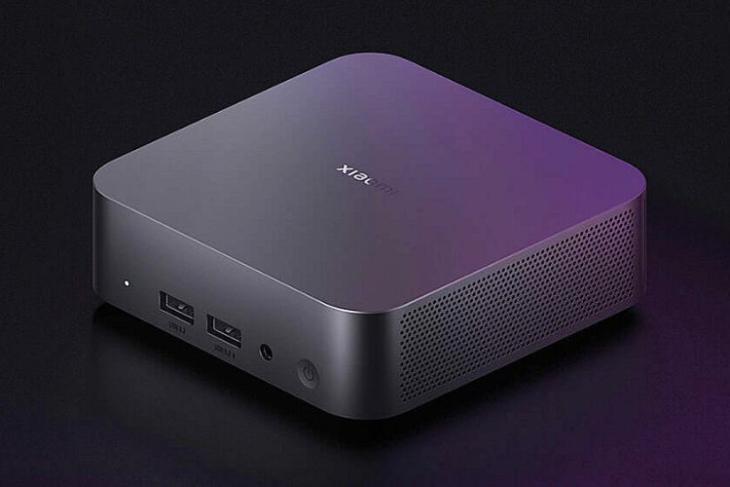 Xiaomi has its presence in numerous product categories, including laptops, which are arguably popular. It seems like the company wants to enter a new space by launching its first desktop PC, which might happen soon. Check out the details below.

It is suggested (via Weibo) that Xiaomi has shown off two PC designs to select people. These PCs were expected to launch on December 1 alongside the Xiaomi 13 series and MIUI 14 but got postponed. There’s still no word on when the launch will happen but it could be soon.

The first PC, allegedly called Xiaomi Host Mini PC, features an SFF (small form factor) design. This one is a barebone PC and is seen with just the XM22AL5X PSU that has a power output of 100W. There’s no word on if the PC will use Intel or AMD hardware. It appears that Xiaomi will disclose the remaining hardware at the official launch.

The PC also has the ‘Win+M’ shortcut on the nameplate on the chassis. The presence of the key combo could possibly hint at the ability to minimize all windows and enable some customizations. Other details include possible support for a 2-slot desktop GPU and some room for heat dissipation at the top and bottom.

The other PC design has a portable design, which resembles the Mac mini, and is speculated to come with a 45W AMD Ryzen 7 6800H APU. For those who don’t know, this comes with RDNA2-based Radeon 680M graphics, 16GB of RAM, 512GB of SSD, and more.

Since details are rather scarce at the time of writing, we will have to wait for more details to appear. If Xiaomi was actually planning to launch its desktop PCs on December 1, we expect these two to arrive pretty soon. We are awaiting a rescheduled launch date. So, stay tuned, and do share your thoughts on a Xiaomi PC in the comments below.