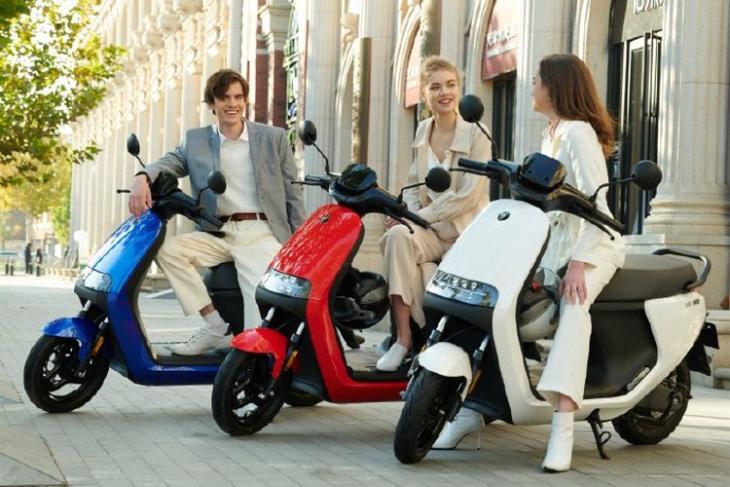 Beijing-based transportation robotics firm, Ninebot, which raised $80M from Xiaomi and Sequoia Capital as a startup back in 2015, has got into the e-bike segment with the announcement of series of new electric scooters and mopeds. Expected to be demoed at the upcoming CES 2020 tech show in Las Vegas, Nevada, the lineup includes the Ninebot eScooter and the eMoped, both of which will connect to the Segway-Ninebot app for various smart features, including a ‘triple GPS’ anti-theft system.

Starting off with the e-scooter, it will be sold in five different variants, including the E80C, E90, E100, E125 and E200P. Powered by the outdated lead acid battery technology, the E80C will likely be the cheapest one of the lot, offering a top speed of 51 kmph and a maximum range of 90kms. The presumed top-end model, the E200P, will feature a 54Ah Lithium-ion battery with a top speed of 100 kmph and an impressive range of 200kms.

According to Ninebot, all the e-scooters will come with digital displays and ‘light-sensing intelligent matrix LED headlights’. They will also all come with built-in connectivity options that will allow riders to check stats about their rides and locate their vehicle on a map. The bikes will also receive OTA updates from time to time, said the company.

As for the e-mopeds, they will also offer similar functions, but will be significantly limited in terms of their capabilities. Described as ‘smart electric bikes’, they’ll all have top speeds of just 25 kmph and, will come with a a keyless airlock system that can be unlocked via NFC. The top-end model, the C80, will have a 24Ah battery with a range of 74 kms on a single charge. They’ll also come with pedals like traditional mopeds, said the company.