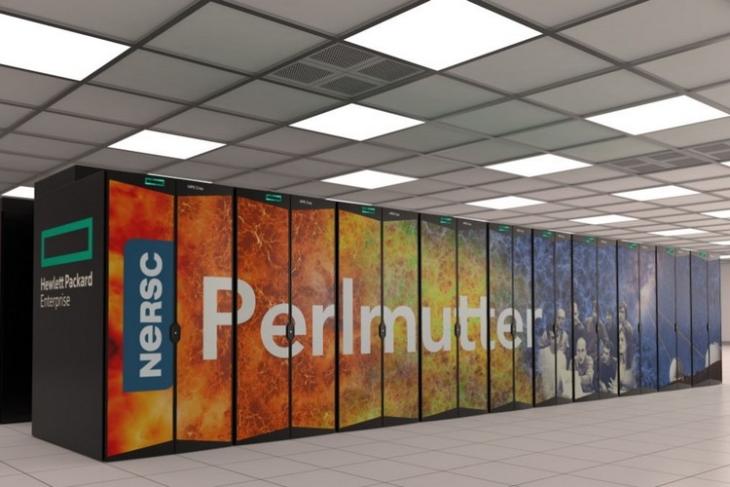 On May 27, 2021, tech giant Nvidia and the National Energy Research Scientific Computing (NERSC) switched on, what they call, the world’s fastest AI supercomputer. Named after Saul Perlmutter, an astrophysicist at the Lawrence Berkley National Laboratory, the “Perlmutter” is hailed to be the fastest supercomputer for conducting artificial intelligence (AI)-related tasks.

Nvidia’s product marketing lead revealed details of the Perlmutter via an official blog post. Harris stated that Perlmutter “is the fastest system on the planet” for processing workloads including 16-bit and 32-bit mixed-precision math that is used in various artificial intelligence applications.

However, initially, Perlmutter will be tasked to create the largest-ever 3D map of our universe before moving on to other AI-based projects in the future. Moreover, the researchers will add even more AI computing power to the system later this year, under the second phase of its development.

“In one project, the supercomputer will help assemble the largest 3D map of the visible universe to date. It will process data from the Dark Energy Spectroscopic Instrument (DESI), a kind of cosmic camera that can capture as many as 5,000 galaxies in a single exposure,” wrote Dion Harris in the blog post.

Now, coming to the internals of the computers, the Perlmutter packs 6,144 Nvidia A100 Tensor Core GPUs. Well, let that sink in for a moment!

So, over six thousand Nvidia GPUs will power the system to process some of the most complex AI-based tasks. It is expected to give over 7,000 NERSC researchers access to four exaflops of mixed-precision computing performance for AI-based scientific researches.

“Traditional supercomputers can barely handle the math required to generate simulations of a few atoms over a few nanoseconds with programs such as Quantum Espresso. But by combining their highly accurate simulations with machine learning, scientists can study more atoms over longer stretches of time,” said Wahid Bhimji, the acting head of NERSC’s data and analytics services team.