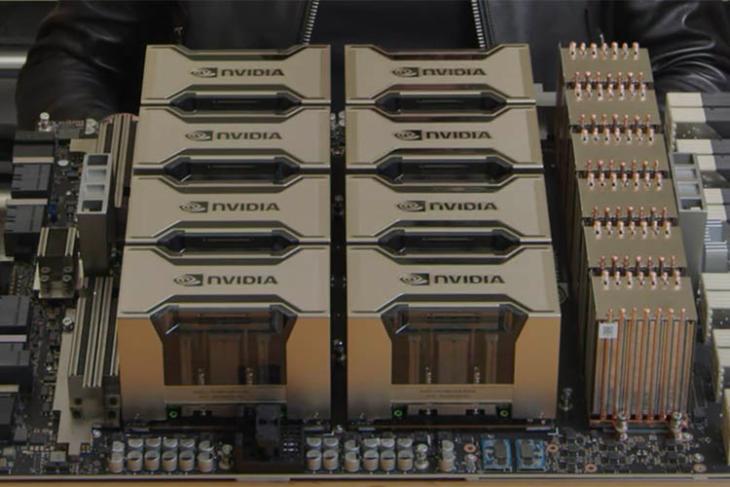 Even though Nvidia’s plans to hold a proper GTC keynote had to be canceled due to the Coronavirus outbreak, the company decided to unveil its products via a pre-recorded keynote presentation today. We were expecting the company to unveil enterprise related products along with its latest GPU architecture, and Nvidia didn’t disappoint. The company has today unveiled its new ‘Ampere’ architecture for GPUs.

Ampere is the company’s 7nm architecture for its compute units and GPUs, and while the company didn’t give away a lot of details around the architecture itself, it did announce a bunch of enterprise products that use the Ampere architecture.

The Nvidia A100 GPU is the company’s first GPU to use the new Ampere architecture. The GPU packs in 54 billion transistors, and Nvidia is calling it “the world’s largest 7-nanometer processor.” The A100 GPU also comes with Nvidia’s third gen Tensor Cores, which Nvidia claims offers 20 times faster AI performance, and also for the first time support double-precision performance. The company is claiming a 2.5 times performance boost over the V100.

The company also announced the HGX A100 baseboard that OEMs can use to create their own A100 based server systems. Nvidia has partnered with Dell, HP Enterprise, SuperMicro, and Gigabyte among others to offer HGX A100 based systems to enterprise customers.

Apart from all that, the company also announced the EGX A100 edge compute unit which the company claims can “carry out real-time processing and protection of the massive amounts of streaming data from edge sensors.” The company also announced the new Mellanox SmartNIC which is also inside the EGX A100. As we expected, these are all enterprise related announcements. However, Nvidia’s CEO Jensen Huang did mention that the Ampere architecture will make its way to graphics cards as well.