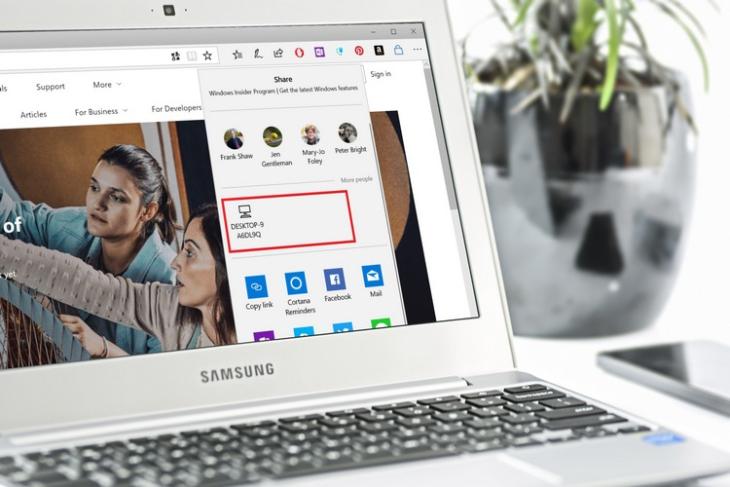 If you always liked Apple’s AirDrop feature and wanted something similar in your Windows PC, you’re in luck. That’s because Microsoft has reportedly started testing an all-new feature in the latest Windows 10 “Redstone 4” Insider Build (17035) with a view towards making wireless file transfer between Windows PCs easier than it has ever been before. Dubbed “Near Share”, the feature will allow files to be transferred between Windows computers via Bluetooth, with recipients receiving a notification for incoming files. While users can already use Bluetooth and Wi-Fi to connect wirelessly to other devices on the network, the upcoming feature, once implemented fully, is expected to make the process easier and more intuitive if the AirDrop experience is anything to go by. 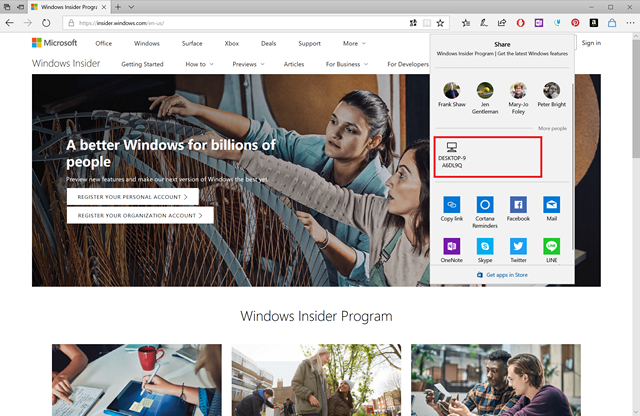 According to reports, the Near Share toggle will be available in the Action Center (or under Settings), and the feature will be accessible via the main ‘Share’ function in Windows 10. It will be compatible with apps that support the feature, which currently only includes a handful of Microsoft apps, including Photos, Edge and File Explorer. If you are a ‘Fast Ring’ or ‘Skip Ahead’ tester, you will be able to check it out for yourself, but only as long as both your PCs are powered by Intel chips, as build 17035 is reportedly incompatible with AMD processors because of a bug.

Near Share was originally rumored to be included as part of the Windows 10 Creators update that was rolled out earlier this year, but as we know now, that didn’t quite materialize. Fall Creators Update also came and went without a word about the feature. However, now that it’s all set to become reality, it would certainly be interesting to see if the company’s implementation of its own Bluetooth-based wireless connectivity protocol will match up to the seamless experience Apple offers with AirDrop. With Google also reportedly working on ‘Files Go’, a file manager app with AirDrop like sharing features, and popularity of cross-platform apps like Xender and ShareIT rising by the day, it will be interesting to see if plain-vanilla, platform-agnostic, Bluetooth file transfers will soon become endangered.