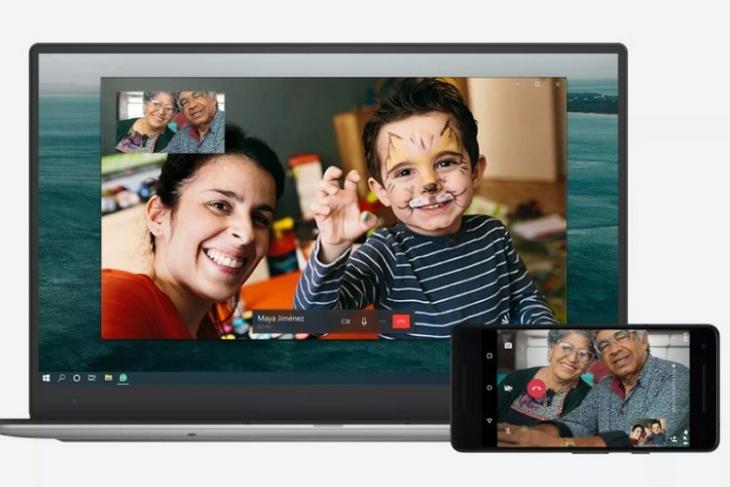 With almost everyone stuck at home due to the Coronavirus pandemic, we witnessed a massive surge in voice and video calls amongst users. To keep up with the demand and to offer users another platform to reach their loved ones, WhatsApp has now started rolling out voice and video call support on its desktop apps.

The Facebook-owned messaging giant, despite the backlash to its controversial policy update, has been adding a ton of features. Now, WhatsApp has finally added support for voice and video calls to its Windows and Mac apps.

So now, the company has started rolling out calling support to its desktop apps. This, as per WhatsApp, will make it easier to work with colleagues, free your hands, and see your loved ones on a bigger canvas.

To make the video-calling feature work seamlessly on bigger screens, the developers made sure to program the portrait and the landscape orientation to work with any screen size. In addition, during a video call, users can resize the call-window. Moreover, the call window always stays on top of the user’s window-stack.

Now, if you remember, we saw WhatsApp test this feature back in December last year. At that time, it was available to a limited number of users. Luckily, Anmol from our team got to test out the feature at the time. So, you can check out how to place audio or video calls from WhatsApp Web or desktop app via the attached link.

Currently, the audio/video calling feature on the desktop apps only works with one-on-one calls. This, as per WhatsApp, is to make sure users get a reliable connection and high-quality call experience. The company states that they will be “expanding this feature to include group voice and video calls in the future”.