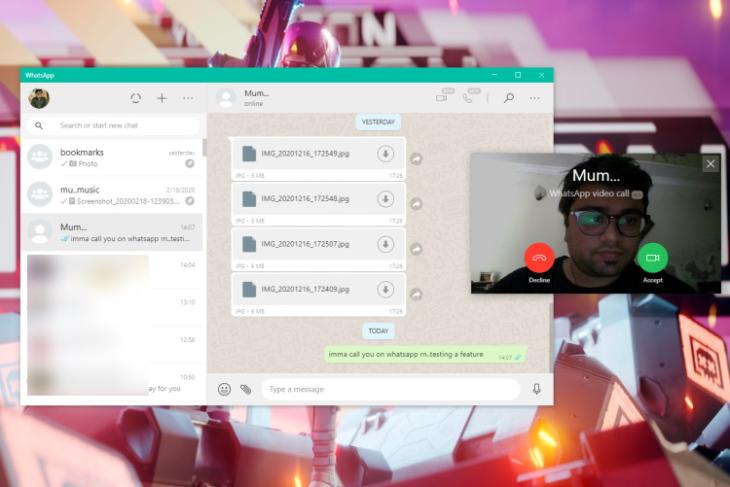 First spotted back in October, popular WhatsApp tipster WABetaInfo shared that the company was working to add this functionality. The feature is now available for a very limited number of users. And call me lucky, but I have access to the new audio/ video calling feature on WhatsApp desktop (version #2.2049.10) in beta.

Note: WABetaInfo mentions that WhatsApp Desktop has a higher priority for this beta test. So, if you do not see the feature on the web (like me), then download the desktop app from this link to see if voice/ video calling is live for you or not.

If you have been selected for the beta test, you will start seeing two buttons next to the contact name. One for audio calls and the other for video calls. They also carry the beta tag, as shown by the tipster in previous leaks.

The audio and video calling feature on WhatsApp web and desktop apps is limited to personal conversations at the moment. You will not see the new calling buttons in group chats. 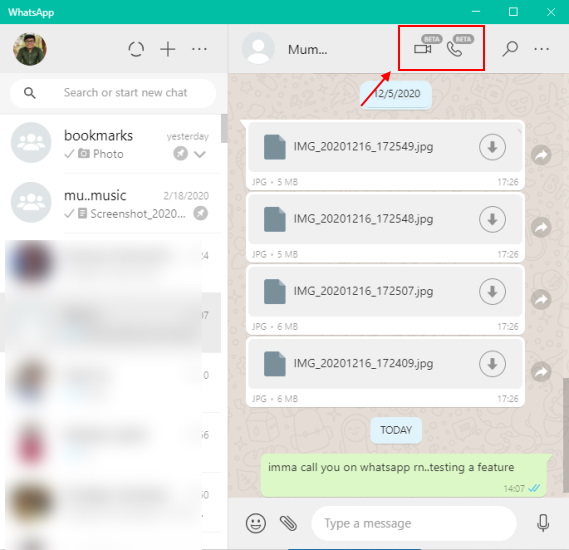 Now, I believe there’s no need to explain how the voice/ video calling feature works on WhatsApp desktop and web. You just need to tap the buttons to place a call. So, let me instead give you a look at the UI you will see when you place and receive calls from the desktop app.

When you tap the audio call button, you will see a pop-up at the top right (shown in the first image). It will carry the recipient’s name, a mute button, and an end call button. If you receive an audio call, you see a bigger pop-up with the name, profile picture, and ‘Accept/ Decline’ buttons (shown in the second image).

There’s an option to pick the audio/ video input devices (i.e external microphone and camera) tucked under the ‘three-dot’ menu. Here’s what it looks like: 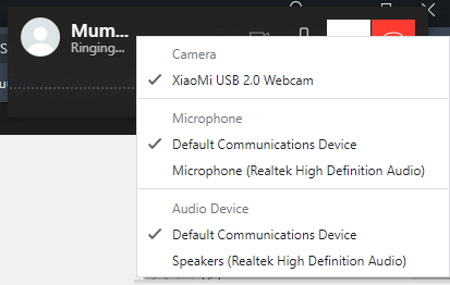 The video calling UI on WhatsApp web or desktop looks pretty much the same. You will see your video feed pop-up when you click the video calling button on WhatsApp desktop. The app presents you with the same options as above. You can resize the secondary pop-up window on your desktop as per your needs.

The audio/ video calling feature for WhatsApp Web and Desktop is currently in beta. It is only rolling out to a select few users. In my testing, the audio and video quality was quite good and I didn’t face any hiccups in connecting to the user. WhatsApp is yet to officially announce the feature. But seeing how it works perfectly fine, we can expect it to roll out very soon. Stay tuned for more updates. And if you have any queries, ask us down in the comments section.