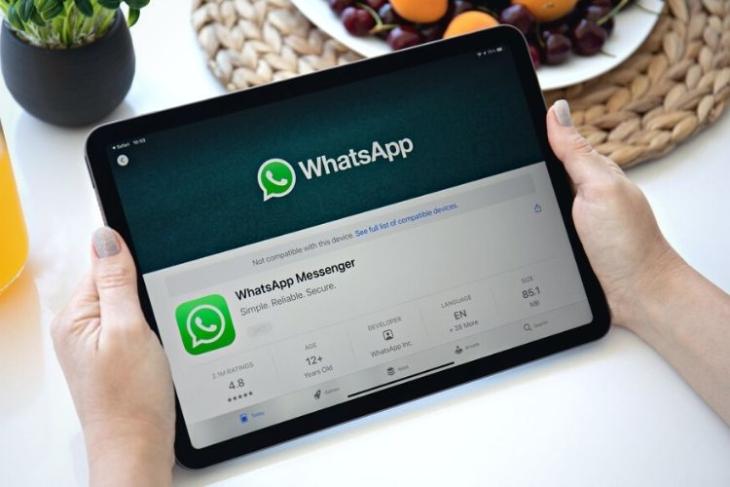 WhatsApp is soon expected to improve the capabilities of its multi-device support functionality with the launch of Multi-Device 2.0. This upgrade will bring in good news for many as it might finally bring the WhatsApp app to iPad. Since WhatsApp’s head has already shown interest in this idea, we can expect this to become reality pretty soon. Here are the details.

WhatsApp information tracker WABetaInfo has revealed that the Meta-owned messaging platform is planning to introduce Multi-Device 2.0 support, which will allow users to link a secondary smartphone or a tablet (both Android and an iPad) to one WhatsApp account.

The tweet shared by WABetaInfo also includes a screenshot of what WhatsApp will look like on an iPad. The screenshot hints at a minimal UI design. You can check it out below.

Currently, WhatsApp’s multi-device feature supports linking of up to four devices but that is restricted to its web version. This gives us an inkling that a WhatsApp app for iPad is just around the corner. To recall, the expansion of the Multi-Device feature’s capabilities was rumored previously too. A Companion mode is expected to launch soon, which will enable linking two mobile devices to one WhatsApp number.

As for the availability of the WhatsApp app on iPad, the messaging platform’s head Will Cathcart, earlier this year, had revealed that he would love the idea of launching one and is well aware of people’s want for an iPad app. Given that the extended capability of multi-device support has been rumored a lot, we might soon see its introduction, alongside the launch of a WhatsApp for iPad app.

This also raises the possibility of an Instagram app for iPad, which again, has been rumored multiple times and is the most-awaited right now. It remains to be seen what really happens.

Meanwhile, WhatsApp is also planning on updating its recent message reactions feature by showing detailed reaction info when an automated album is shared. This was under development recently and has now entered the beta stage. We can expect it to reach users soon. And, we won’t forget to tell you once this happens. So, stay tuned and do share your thoughts on the WhatsApp app on iPad in the comments below.