Beta updates are no stranger to bugs and glitches, often breaking a particular feature, crashing the app, and spelling a whole lot of other troubles for the beta testers. Something similar was faced by users running the beta build of WhatsApp, when a recent update (version 2.18.109) caused the message timeline functionality to malfunction, displaying the words ‘today’ and ‘yesterday’ as ’84ODAY’ and ’89ESTERDAY’.

Thankfully, a new WhatsApp beta update (version 2.18.111) has now been released which has fixed the issue. So, instead of seeing an alphanumeric mess of letters, users will now again see the words ‘Yesterday’ and ‘Today’ properly spelled as they should be, in the app. 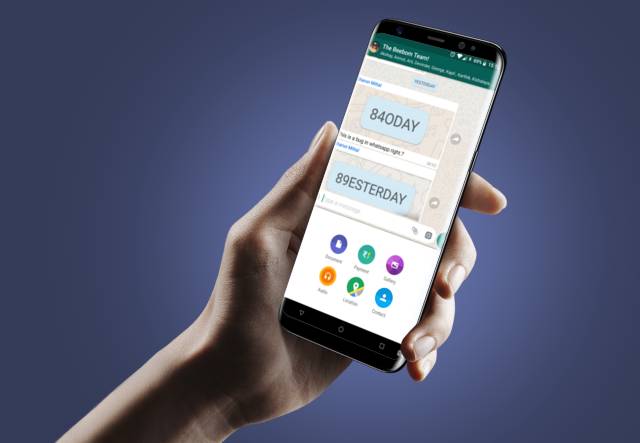 The glitch was apparently caused by the substitution of the first letter in the words ‘Yesterday’ and ‘Today’ by their corresponding ASCII values viz. 89 and 84 respectively, giving rise to the words ’84ODAY’ and ’89ESTERDAY’. Aside from fixing the ‘day’ glitch, this update has also introduced a vCard indexing feature, which saves a temporarily shared contact’s record in the database and brings up the vCard when that person sends a message to users, allowing the latter to easily identify the sender.

Users who don’t use WhatsApp in English language and have downloaded the latest beta update (version2.18.111) have been reporting language problems with the app’s new beta version. According to the beta testers, all text-based content in the app now appears in English after downloading the aforesaid update, except for the words ‘Yesterday’ and ‘Today’, which continue to appear in the native language selected by users.

WhatsApp beta for Android 2.18.112 is available.
It is a bug fixes update and you can use WhatsApp in your language again.

In order to fix the new default language settings problem, a new WhatsApp beta update (version2.18.112) has been released which has fixed the issue, allowing users to again use the instant messaging app in their native language.

The beta update also brought vCard indexing, which is one of the most interesting additions to WhatsApp off late.