Skip to content
Home What is What Are Bluetooth Beacons? Everything You Should Know

Bluetooth Beacons are by no means a new technology, however, they have become much more affordable in recent years, and can be easily purchased from Amazon. Their uses are only recently being recognised, and being implemented widely by businesses. So what exactly are these Bluetooth Beacons? What do iBeacon, and Eddystone mean? Well, if you’re wondering about this, we’re here to tell you everything you need to know about Bluetooth Beacons, iBeacon, Eddystone, and everything else. 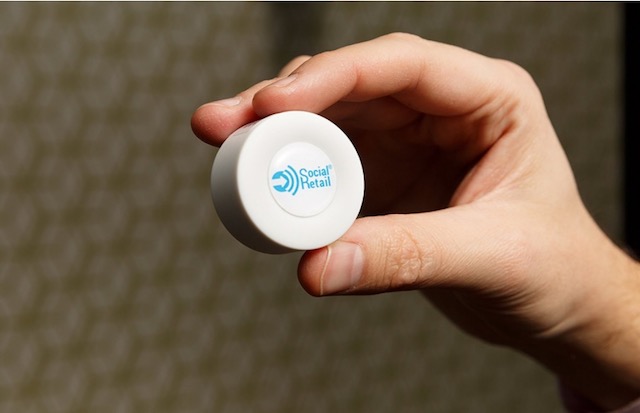 When a mobile device (Android, or iOS) comes within range of a Bluetooth beacon, it recognises the signal being sent out from the beacon, and can perform context-aware tasks based on what it receives. The beacon itself does nothing other than broadcast the signal. It does not take any data from the mobile device, and against popular belief, it can not steal data from your cellphone. If all this sounds confusing, don’t worry, I’ll explain this in detail, soon.

So, what exactly is the difference between “iBeacon” and “Eddystone”?

There is a common misconception, that Beacons, iBeacon, and Eddystone are three different things – they’re not. Here are some simple definitions of what these three terms mean:

iBeacon or Eddystone? Which is Better?

The next question that you would probably have, is which one is the better protocol here. Well, there is no clear answer to that, but if you have to choose among the two, there are a number of factors that you can weigh, and decide on which protocol will work best for you. So, here’s a breakdown of some major factors with respect to the iBeacon, and Eddystone protocols for Bluetooth Low Energy Beacons, followed by a simple explanation of the most important ones.

The most important distinction between iBeacon, and Eddystone, is the way they transmit packets.

Eddystone’s capability to transmit URLs directly, gives it an edge over iBeacon, because when a mobile device comes in proximity of a Bluetooth Beacon using Eddystone URLs, it will automatically be able to understand that a nearby object is broadcasting a URL, and can notify the user that they can open the URL on Google Chrome. However, iBeacon can’t transmit URLs; instead, it transfers a UUID, which is always tied to a developer’s server. This means that the developer needs to develop a mobile app that can detect the Bluetooth Beacon, and take appropriate action.

Note: For an iOS device to recognise an Eddystone beacon, it should have Chrome installed, and the Chrome widget should be in the Today View of the device.

As you probably would have guessed, there is no “best” option, out of the two. Both these protocols have their own pros, and cons. However, Eddystone is forecasted to be the dominant BLE Beacon technology by 2020.

Use Cases for Bluetooth Beacons

It’s pretty easy to set up a Beacon with Eddystone URL, and just to test it out, we set it up to broadcast the Google homepage, and it works really well. 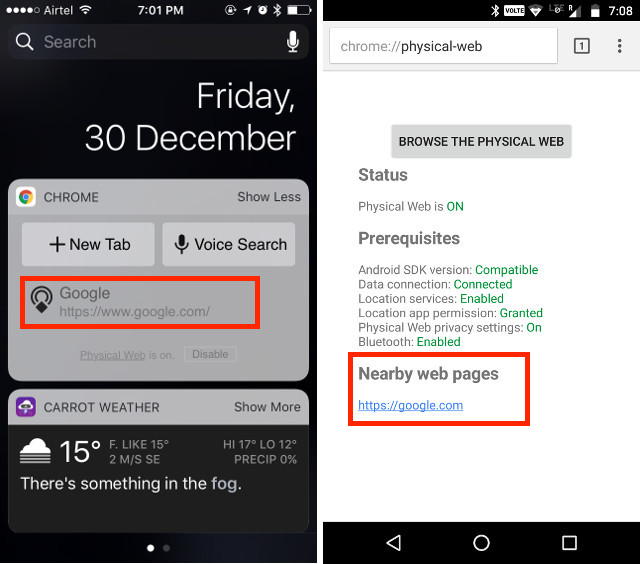 However, Bluetooth Beacons have a lot of great real-life use cases where they can make a tremendous impact:

SEE ALSO: What is an NFC Tag and How Does it Work

Bluetooth Beacons can be used in a plethora of ways, and we’re only limited by what we can design them to do. The possibilities are great, and already, a lot of businesses have been using Bluetooth Beacons to increase user gain, and multiply profits across the board. Beacons have already started to get affordable, and you can get great ones from Amazon.com. One important thing to know about beacons, is that they just transmit the signal packet containing a UUID, or a URL; all the processing is done on the user’s device. The beacon does not receive any data from a mobile device within its range, so it can’t really steal any of your data.

As always, we would like to know your thoughts on Bluetooth Beacons, and their various uses. Also, feel free to share your thoughts on iBeacon, Eddystone, and other beacon formats, in the comments section below.