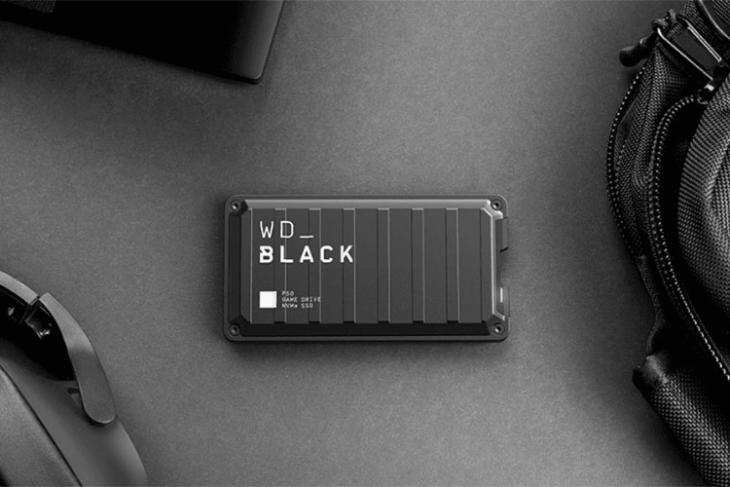 At CES 2020, Western Digital has now joined in with multiple announcements for new USB Type-C storage devices, an SSD aimed at gamers, and more, including rather interestingly, a prototype portable SSD that has a whopping 8TB capacity.

The company hasn’t divulged anything about the SSD other than the fact that it will have 8TB of storage capacity in a portable form-factor, and that it will support what WD is calling a SuperSpeed USB 20Gbps interface for fast data transfer speeds. That’s definitely something you’ll need if you’re the kind of person who might have to store 8TB of data on an external SSD.

Alongside the 8TB prototype that took most of my attention in the company’s press release announcing the new products, the company has also unveiled a new 1TB dual-connector drive that comes with a USB Type-C connector on one side to connect to smartphones with USB-C ports, and laptops with USB-C or Thunderbolt 3 ports, and a USB Type-A connector on the other side to connect with laptops and desktops with standard USB ports.

The 1TB dual-connector drive is expected to be available later this quarter, but WD hasn’t revealed any specific release date or pricing information around it. Also missing is any information about the kind of transfer speeds the drive supports.

The company also announced new P10 and P50 game drive SSDs which are aimed at gamers looking to get super fast loading speeds in their games, or console gamers looking to expand the storage of their Xbox One system.

The WD_BLACK P50 is also the industry’s first drive to come with support for SuperSpeed USB 20Gbps performance. It’s available now for a starting price of $179.99 for a 512GB drive.

We have already seen a lot of CES news today including new 8K TVs, soundbars, gaming laptops, monitors, and there’s a lot more to come with companies such as AMD, OnePlus and others having more devices to showcase. We’re on the ground in Las Vegas covering everything as it happens, so stay tuned for more updates.