Installing too many apps on your phone not only slows it down, but also makes it less battery-efficient. Many of the apps also ask for invasive permissions, making them a privacy nightmare. One way to avoid all of that is to fire up a browser and use the websites instead of the apps, but that’s not always a very efficient solution. So today, we will show you how you can turn virtually any website into a native Android app with full functionality, including a dark mode, full-screen interface, and more.

There are multiple apps in the Google Play Store that let you turn third-party websites into native Android apps. We will use three of them for our demo today. The first one, called Hermit, is probably the best-known app in the segment and is also the most feature-rich by far. In addition, we will also use an open-source app called Native Alpha that has to be sideloaded from Github. Finally, we will also show you how to use the good old Google Chrome to make Android apps out of websites. So without further ado, let’s get started.

Note: Services that do not have fully-functional websites, will not magically gain native app functionality with the methods described below. For example, Instagram does not let you upload images on its website, which means the app you create will also be similarly hamstrung.

As of now, the best way to turn a website into a mobile app is an app called Hermit (Free). It is available as a free download on the Google Play Store. Almost all the relevant features, including app creation, dark mode, ad-blocking, full-screen UI, etc., are available in the free version. A few advanced features, like scriptlets, tags, content blocker and custom user agent, however, are behind a paywall. 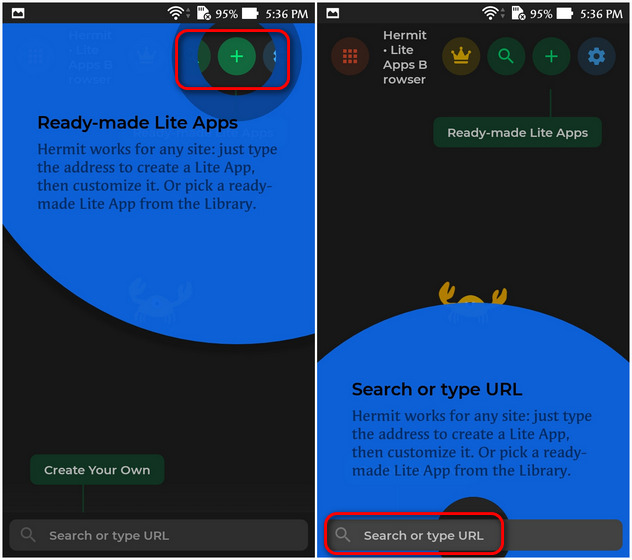 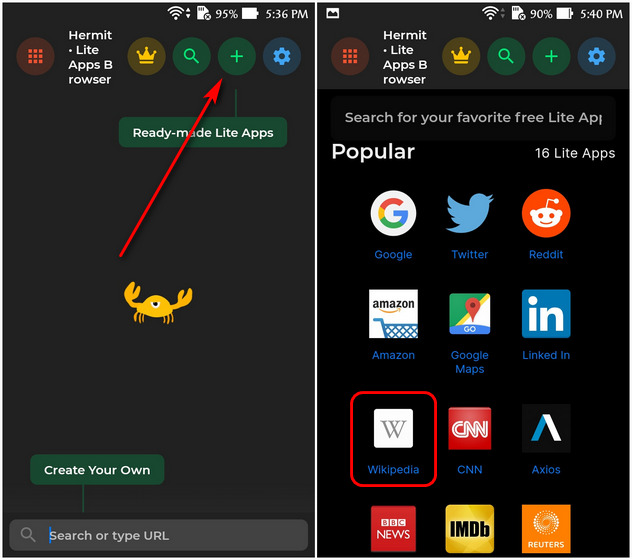 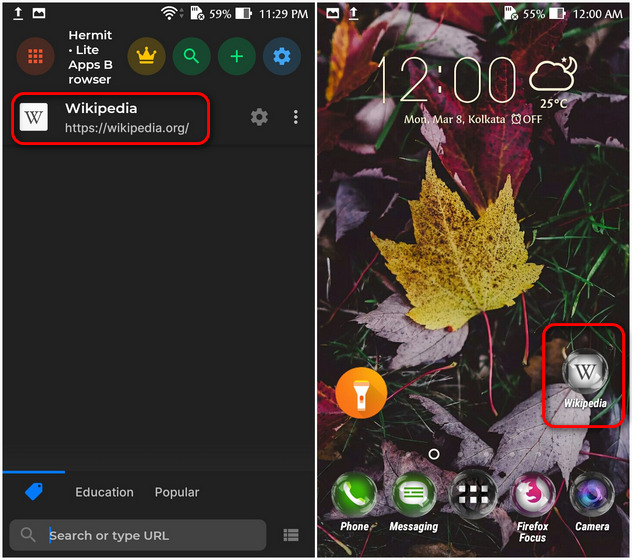 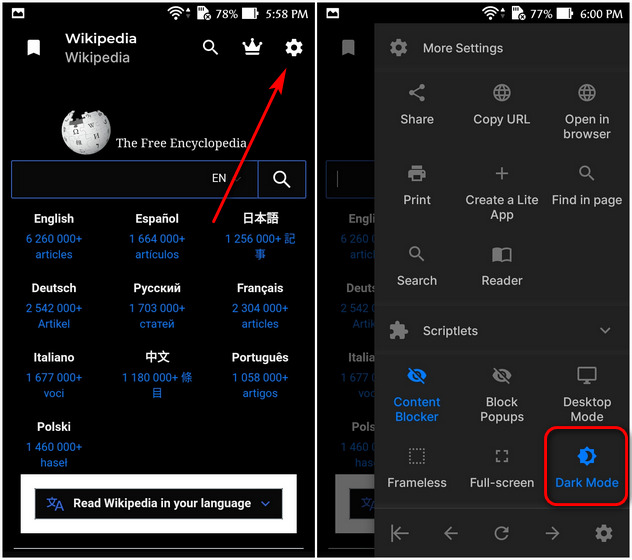 Note: Remember to change the system theme to dark (Settings > More Settings > Theme > Dark) to see all the settings pages and menus in dark mode.

You can also to turn any website into a lite Android app using Hermit. We’re using Beebom as an example, and here’s how you go about it: 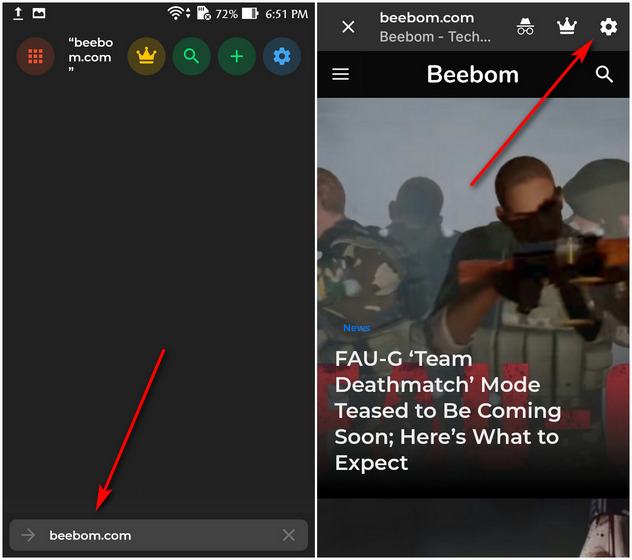 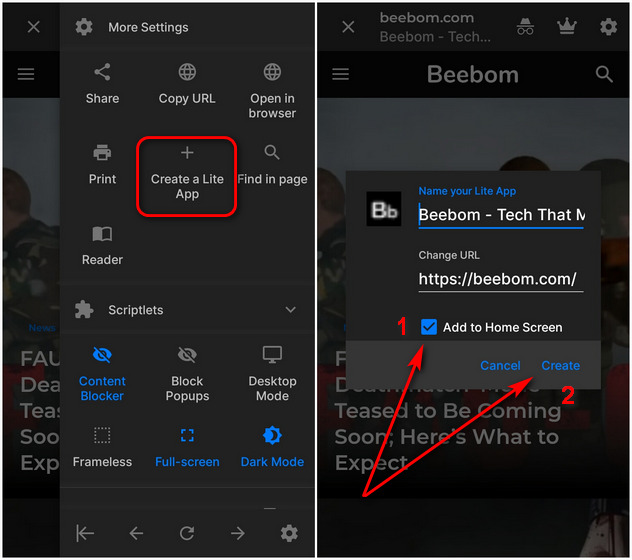 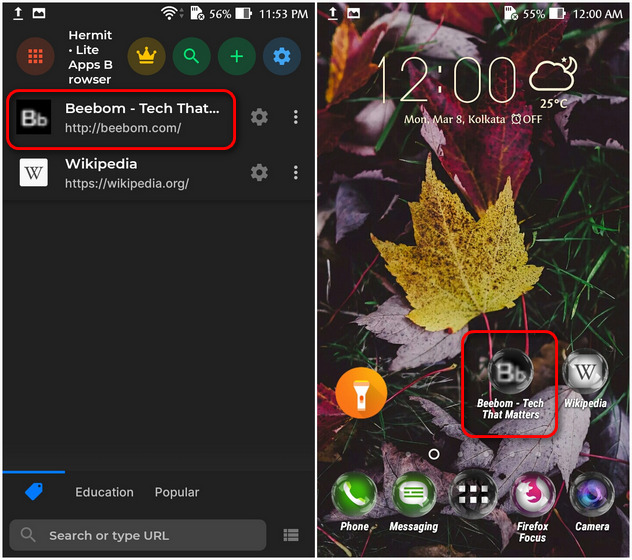 Hermit is a feature-filled app, and works great for the most part. It offers a dark mode option, borderless full-screen UI, and even a built-in ad-blocker, all of which can be tailored for each lite app separately. It is, however, a little buggy, and in my experience, you might have to try certain options twice or thrice before getting them to work as advertised.

Native Alpha is an open-source Android app that can turn any website into an Android app in seconds. Created by developer, Cyclonid, it uses the built-in Android WebView in order to display the website. For privacy reasons, you can use alternate webviews, like Bromite, on rooted devices. Native Alpha is still in its pre-release phase and, is yet to be hosted on the Play Store. You can download it from Github (Free) and sideload it on your Android phone.

Note: Native Alpha is compatible only with Android Oreo and newer versions. The developer says that support for older versions is in the works but there’s no ETA for that yet. 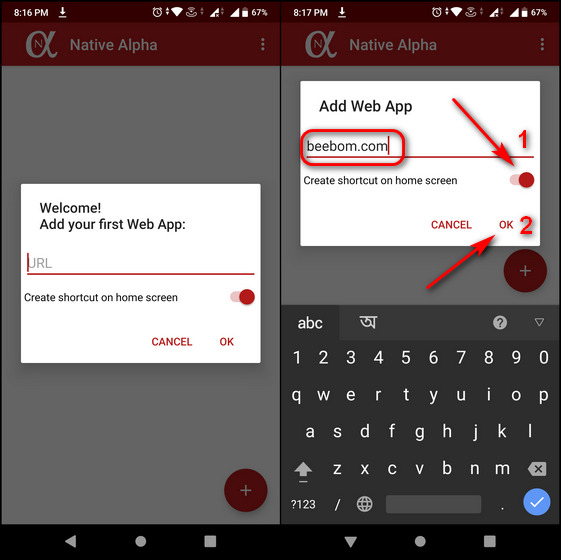 Note: You can create lite web apps any time by tapping on the red “+” button on the bottom-right corner on the app’s homepage. 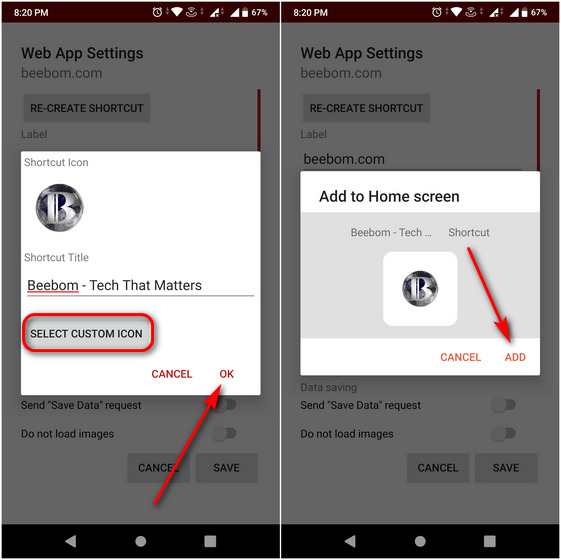 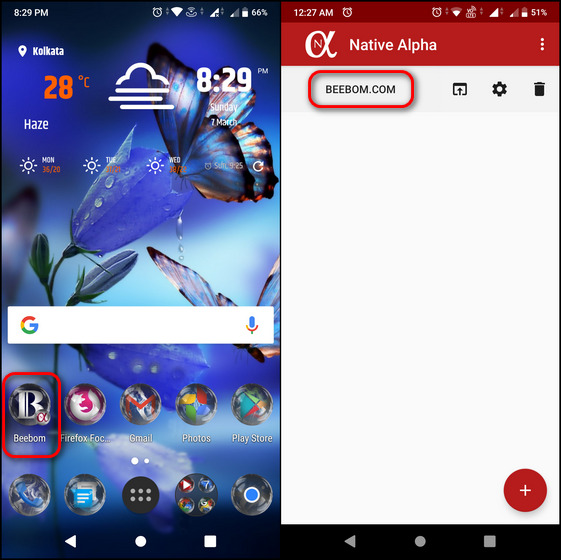 Still in its pre-release phase, Native Alpha doesn’t have some of the features of Hermit, including dark mode and full-screen UI. There is, however, an experimental ad-blocker that is ‘Off’ by default, but can be turned on from the settings. All said and done, Native Alpha is less buggy than Hermit, and the features it does offer, are more polished. The app is under active development, and the version I used, v0.85.1, was just released January 30, 2021. So let’s hope that the developer adds other cool features sooner rather than later.

Do you know that even Google Chrome for Android allows you to (kind of) create lite apps of many websites? That’s right, Google’s all-conquering browser can create lite apps for websites that have a built-in Progressive Web App (PWA) manifesto. Here’s how you do it: 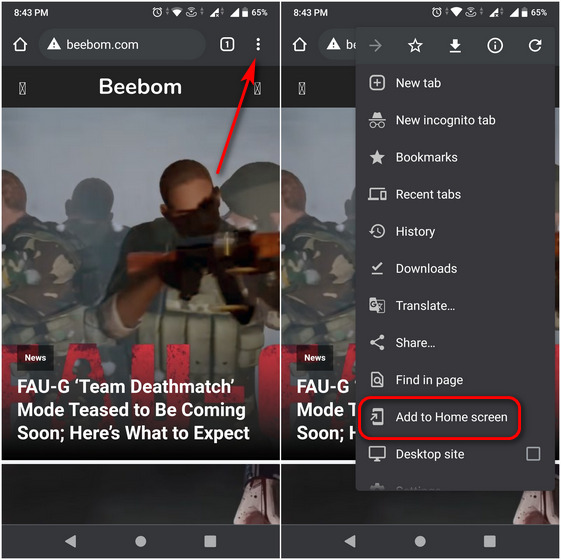 Note: This will only work in regular tabs and not in incognito mode. 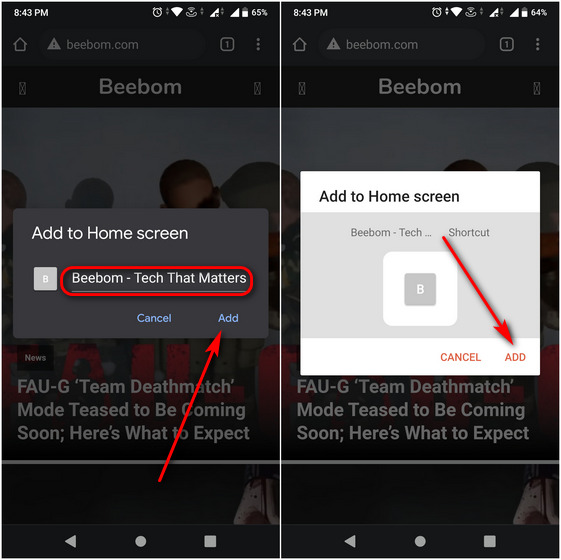 Note: You can create website shortcuts on Android devices in the same manner with other popular web browsers as well, including Firefox.

Do note that while the lite apps created by Native Alpha and Hermit function as self-contained apps (more like website wrappers), the shortcuts created by Chrome function as a browser tab rather than a standalone app. Either way, it is still a great option, especially if you can’t be bothered to install yet another app on your phone.

Turning websites into apps mean you no longer will have to grant any invasive permission to run these services on your phone. Nor will they run in the background, sending back your private data to their servers and guzzling battery while at it. So use our guide above to turn websites into apps on your Android phone and let us know which method you chose and for which website(s). To further enhance privacy on your phone, learn how you can change your DNS settings on Android and how to lock your Facebook profile on iPhones and Android.