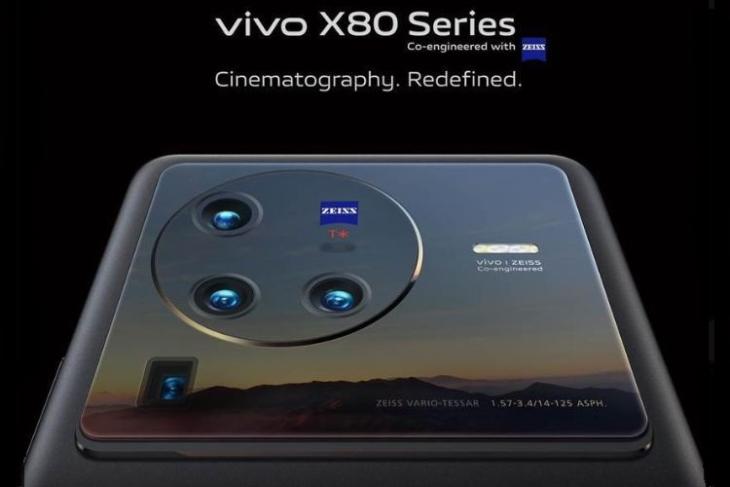 After recently introducing the flagship Vivo X80 series in China and the global market, Vivo was quick enough to announce that the phones are coming to India. The company has today revealed that the Vivo X80 series will launch in India on May 18. Here are the details.

Vivo has announced that the Vivo X80 series, which consists of the X80 and the X80 Pro, will be launched on May 18 at 12 pm. The Vivo X80 series will be available to buy via Flipkart, as confirmed via a dedicated microsite.

The new Vivo X80 series, which is meant to “redefine cinematography” comes with the company’s V1+ imaging chip that helps enhance low-light photography and make the resultant images much brighter. The cameras, as revealed previously, are backed by ZEISS and come with various camera features like the ZEISS classic portrait lens effect, ZEISS Cinematic Bokeh, ZEISS Natural Color 2.0, and more. There’s also the ZEISS T* coating to avoid ghosting and stray light issues.

While the Vivo X80 Pro comes in two chipset variants: a Snapdragon 8 Gen 1 model and a MediaTek Dimensity 9000 model, the X80 only packs the Dimensity 9000 chipset. Both phones sport a 6.78-inch Samsung AMOLED 2K E5 LTPO display with support for a 120Hz refresh rate and come equipped with up to 12GB of RAM and 512GB of storage.

Both support 80W fast charging tech but while the X80 is backed by a 4,500mAh battery, the Pro model gas a bigger 4,700mAh battery. As for the price, there’s no concrete word but you can expect the Vivo X80 series to start at under Rs 60,000 to compete with the OnePlus 10 Pro, the Realme GT 2 Pro, the Xiaomi 12 Pro, and more. We will get all the confirmed details once the devices are launched, so stay tuned.