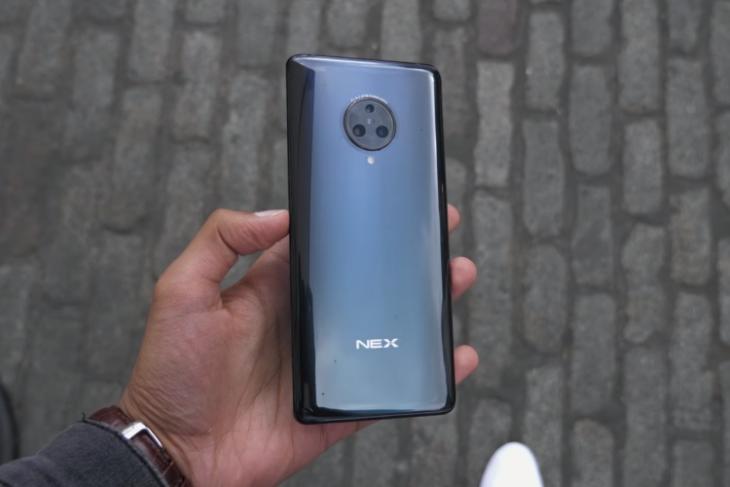 Vivo confirmed earlier last week that its next NEX smartphone, the Vivo NEX 3, officially launches sometime in September. We had been waiting on a launch date and well, Vivo today revealed that the NEX 3 is coming on September 16.

Vivo took its Weibo channel today to share the official invite, which says that the event would be held at the NEX Space in China. It also teases an almost bezel-less fullscreen experience, with the tagline “Unbounded Future” in the poster you see attached below. 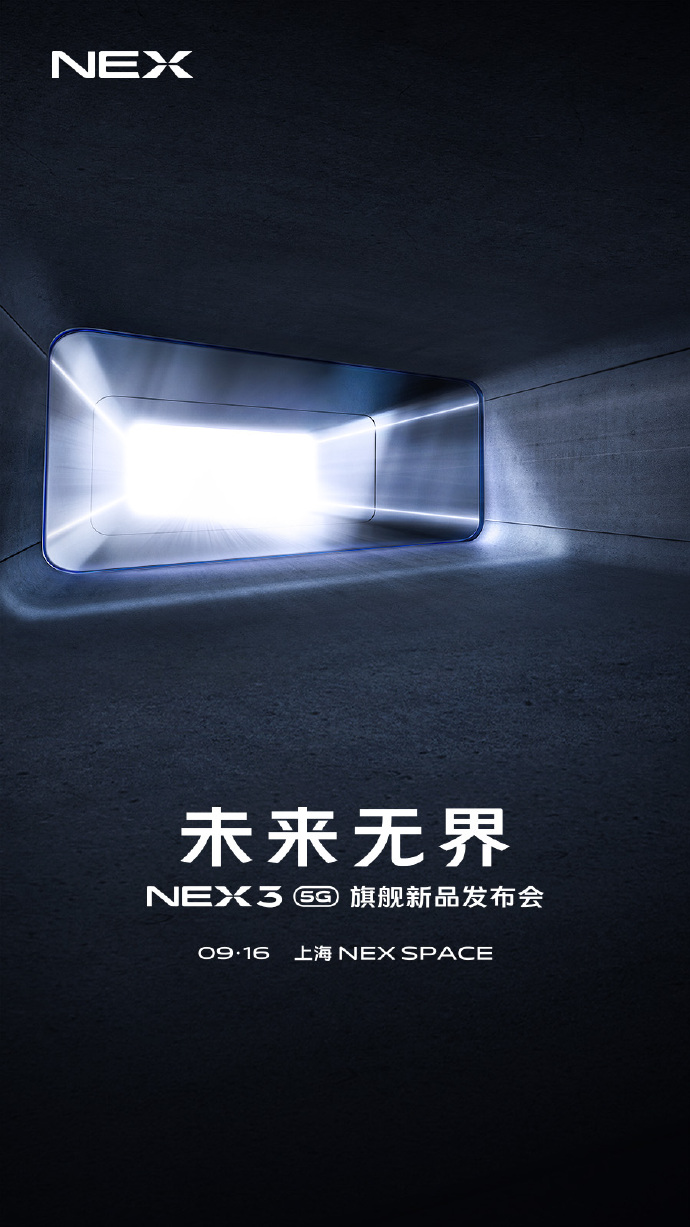 The Vivo NEX 3 and its 5G variant, i.e. Vivo NEX 3 5G, recently made an appearance on TENAA to give us a good look at not only the design (which I bet most of you have seen already, thanks to Mrwhosetheboss on YouTube) but also the specifications of the device.

The specs for both the standard and 5G variants is pretty much the same, except for the that the Snapdragon 855 Plus chipset on the latter will be paired with the Snapdragon X50 modem for 5G connectivity. You will find up to 12GB of RAM and 512GB of storage aboard the NEX 3.

Vivo NEX 3 will sport a 6.89-inch AMOLED screen, with a jaw-dropping 99.6% screen-to-body ratio (thanks to the new waterfall design) and FullHD+ (2256x1080p) resolution. You will find a snappy in-display fingerprint sensor onboard and no physical buttons since they’ve been replaced with the pressure-sensitive buttons we saw on the Vivo NEX Dual Display Edition.

In the camera department, the NEX 3 will feature a triple camera setup sitting inside a circular camera bump. It will carry a primary 64MP Samsung sensor – the same one we’ve seen on Redmi Note 8 Pro and Realme XT. This will be coupled with a 13MP ultra-wide lens and a 13MP telephoto lens. Since there’s no notch or any other obstruction on the front, you get a huge pop-up camera module with a 16MP selfie sensor.

While it was previously rumored that Vivo NEX 3 will feature the company’s wild 120W super fast-charging technology, but rumors say that 44W fast-charging support is most likely.

Further, online reports suggest that the Vivo NEX 3 should make its way to India before Diwali. It means we can see another flagship smartphone join the ranks of the iPhone 11 lineup, OnePlus 7T, Huawei Mate 30 Pro, and Pixel 4 in the coming weeks. Which of these flagship phones are you most excited to check out? Tell us in the comments down below.