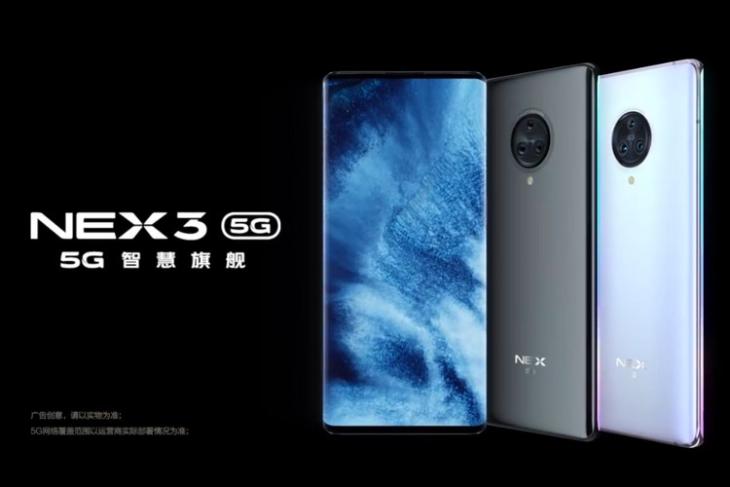 Weeks of leaks, rumors and official teasers have revealed quite a lot about the upcoming Vivo NEX 3, but the company has now released a 30-second promo video for the device, showing it off in all its glory. One of the things that immediately catches your attention is the so-called waterfall display that comes with curved sides not unlike the ‘Edge’ screens in some of Samsung Galaxy S-series flagships.

The video further shows off the ultra-thin bezels on both the top and the bottom, which, the company claims, gives the device an astonishing screen-to-body ratio of 99.6 percent. The video also shows off the earpiece at the top, a triple-camera setup at the back, a pop-up selfie-camera on the front and also a prominent 5G logo, confirming that it will ship with 5G connectivity.

To bring you up to date with all things Vivo NEX 3, the company last week confirmed that the device will be officially unveiled on September 16 in China. An earlier listing on the country’s electronics certification website, TENAA, revealed that it will ship with a 6.89-inch Full-HD+ AMOLED screen, the Snapdragon 855+ chipset, up to 12GB of RAM and up to 512GB of storage.

The device is also expected to carry a 64MP Samsung sensor as its primary camera alongside a 13MP ultra-wide shooter and a 13MP telephoto snapper as part of a triple-cam setup. It’s also expected to have a 16MP selfie sensor housed within a pop-up module up front. While early rumors suggested that it might feature the company’s 120W Super FlashCharge technology, more recent reports suggest that it might ‘only’ get 44W fast-charging.