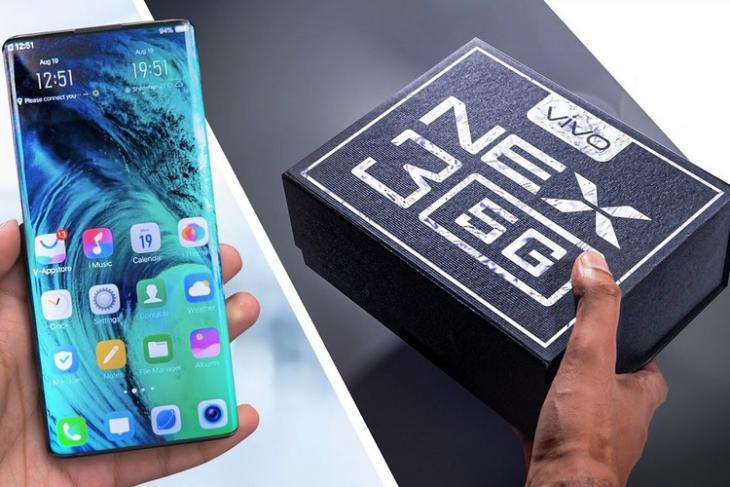 Set to be unveiled next month, the Vivo Nex 3 is expected to bring a number of interesting features to the market, including the 120W ultra-fast charging technology called ‘Super FlashCharge’ that was originally announced last June, before being demoed at MWC Shanghai a few days later. According to latest rumors, the Nex 3 could become the first phone to come with the new technology that the company claims could fully charge a 4,000mAh battery in just 13 minutes and 14 seconds.

While the insane charging speed will no doubt be the USP of the upcoming phone, it is also expected to bring another first to the market, becoming the first mainstream smartphone to come with the Snapdragon 855+ SoC. In case you’re wondering, it’s a 7nm chip with its CPU cores running at 2.96GHz. Another stunning feature of the phone is its so-called ‘waterfall’ display that wraps around the sides of the phone – a feature best illustrated in the hands-on video below from British YouTuber, Mrwhostheboss.

The phone is also said to support 5G connectivity and feature Samsung’s 64MP ISOCELL Bright GW1 image sensor that was announced earlier this year to much fanfare, although, not everyone is impressed. As can be seen from the hands-on video, the device will have ultra-thin bezels, with the OLED screen said to cover a massive 99.6 percent of its symmetrical front face. It will also have a pop-up selfie-cam in keeping with modern design trends.

The Vivo Nex 3 certainly looks like a smartphone worth waiting for, and since the company has  already revealed that it will launch in September, we’ll hopefully get to know more in the coming days.