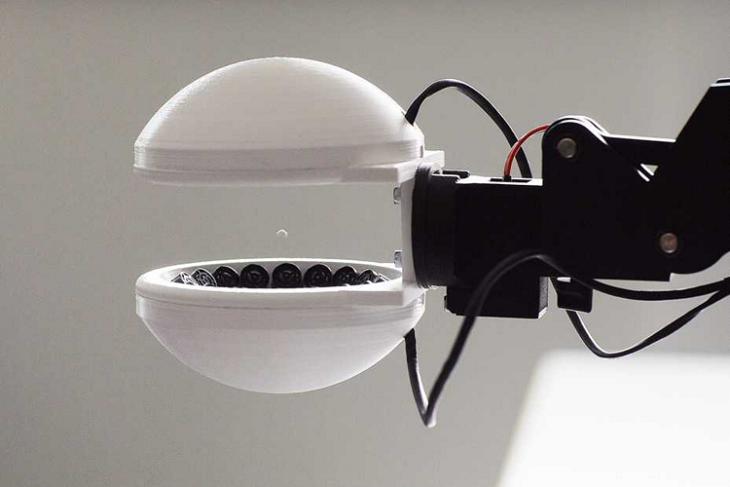 As technology advances, robots are finding applications in crucial fields like manufacturing and healthcare that require delicate handling to avoid potential catastrophe. Well, what if there is no need to touch at all? That’s exactly what Marcel Schuck from ETH Zürich aims to achieve with a robotic gripper.

Marcel Schuck is working on an ultrasonic robotic gripper capable of moving small objects without any physical contact. The instrument mainly consists of two semi-spheres equipped with small loudspeakers and connected to a circuit board of microchips. The project is called No-​Touch Robotics.

In the demonstration, Schuck made a small sphere hover between two spheres. The sphere floats due to the pressure field generated by ultrasound waves. The sphere is essentially trapped in between as the waves overlay each other. For those unaware, this phenomenon is called acoustic levitation.

Schuck developed software that would adjust the gripper to balance the given object with respect to its shape. This way, multiple grippers are not required for different shaped objects, unlike conventional methodologies.

“The exact positioning is determined by the acoustic waves controlled by the software”, he added. Schuck currently has a working prototype, as you can see in the image below. 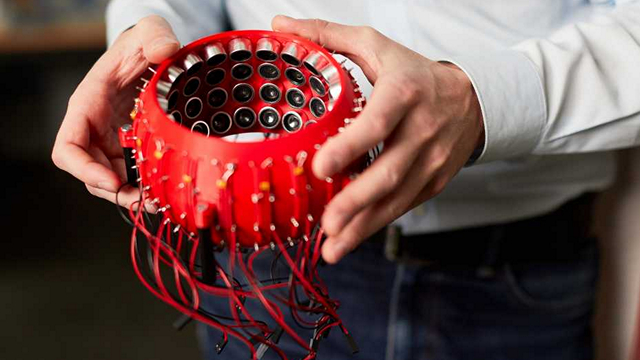 The researcher believes his project would find potential applications in the watchmaking or semiconductor industry. “Toothed gearwheels, for example, are first coated with lubricant, and then the thickness of this lubricant layer is measured. Even the faintest touch could damage the thin film of lubricant.”, says Schuck.

With all that said, Schuck mentions that the design of the system is not finalized yet and he is open to alter the design based on the feedback he receives from the industry. So, what are your thoughts on this ultrasonic gripper? Tell us in the comments.