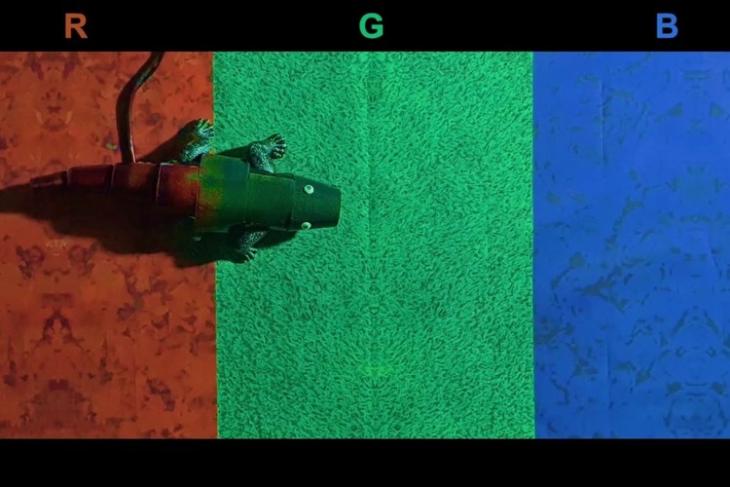 As robots are slowly becoming a part of our society, researchers are experimenting with various unique technologies to make them more advanced. So recently, a team of researchers with expertise in artificial camouflage technology has developed a Chameleon-inspired skin for robots that instantly changes colors depending on the environmental temperature.

The unique robot skin is developed by researchers at the Seoul National University of South Korea and was published in the Nature Communications journal recently. They used color sensors, miniature heaters made of silver nanowires, and thermochromic materials to mimic the iridophores layer of a Chameleon’s skin that enables the reptile to change its color.

While previous experiments in artificial camouflage have relied on microfluidic devices that use tiny channels to control the flow of the fluids, the researchers took a fully electric approach to build the color-changing skin. They used the aforementioned resources to re-create several high-resolution skin patterns that enabled the robot to seamlessly transition between different colors, ranging from red to blue almost instantly.

The most challenging part of the project, as per Seung Hwan Ko, a professor of thermal engineering at the Seoul National University, was to bring the speed of the color transitions to nature’s speed. However, this issue was solved by using the nanowire heaters, which heat up really fast. So, with the nanowire heaters, the artificial skin changed color at a similar speed as a Chameleon’s skin. Here’s what it looks like in action:

The researchers say that they initially thought of modeling the robot after an invertebrate animal such as an Octopus or a Squid. However, citing technical issues, the team decided to go with a robot based on a Chameleon itself.

Coming to the application of such an artificial, color-changing skin, the researchers say that although previous camouflage technologies have been used for military purposes, the recent development could have a wide impact on transportation, fashion, and beauty. In the future, this color-changing technology can be applied to cars and even clothing.

“This chameleon skin, the surface, basically is a kind of display. It can be used for a soft or stretchable or flexible display,” says Hwan Ko.

Moreover, according to an assistant professor at Purdue University Ramses Martinez, the technology can also be used to develop other biologically inspired systems. This could lead to more possibilities and dedicated systems for locating survivors after an earthquake.

Now, although the artificial camouflaging skin technology is pretty advanced, it solely depends on the temperature of the environment. Hence, it does not really work well in harsh temperatures such as in extreme cold.

So, going into the future, you might be able to see color-changing cars or clothing in shops and on the streets. However, as the technology is still in its initial stages, that day might be far away than you think.