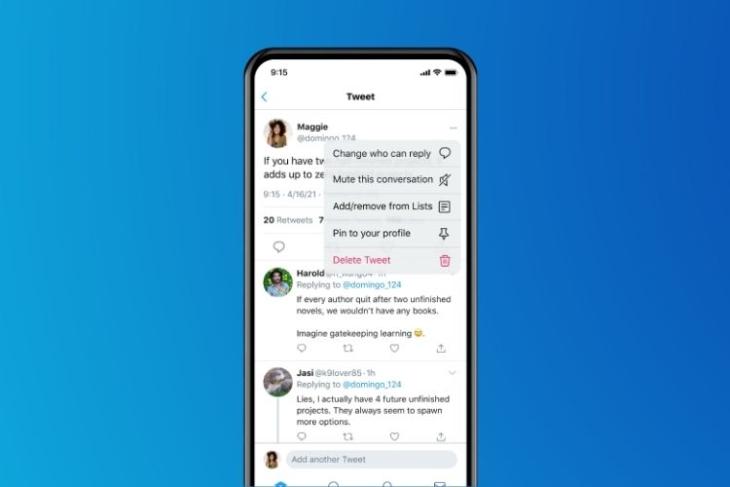 Twitter has started rolling out a new feature that allows users to change who can reply to their tweets even after they are already posted. The social media giant announced this feature with the aim to offer more control to users and further reduce the chances of cyberbullying on the micro-blogging platform.

The company announced the feature via an official tweet recently. The feature lets users change the accessibility of their tweets to bar certain people from replying to them. That means users can now change who can reply to their tweets after they have shared them with the world. You can check out the tweet attached right below.

Your Tweets = Your space. Now you can change who can reply to you even after you Tweet. https://t.co/rNWJk6zWTr pic.twitter.com/3HFSjAotg7

For those unaware, you can already change a tweet’s conversation setting and chose who can reply to it, thanks to a feature rolled out to the public back in 2020. However, this setting was only available in Twitter’s main composition window until now. So, users needed to set the audience before they shared a tweet on Twitter.

With this update, users will be able to change who can reply to their tweets after they have shared them. So, after you share a tweet, you can tap the three dots to open up the overflow menu to see a new “Change who can reply” option for a particular tweet.

The feature is currently being rolled out and gives users more control over their tweets. The company has been trying to add more such privacy features to improve the social experience of users on Twitter and reduce bullying and harassment.

So, what do you think about this new feature on Twitter? Let us know your thoughts in the comments below.