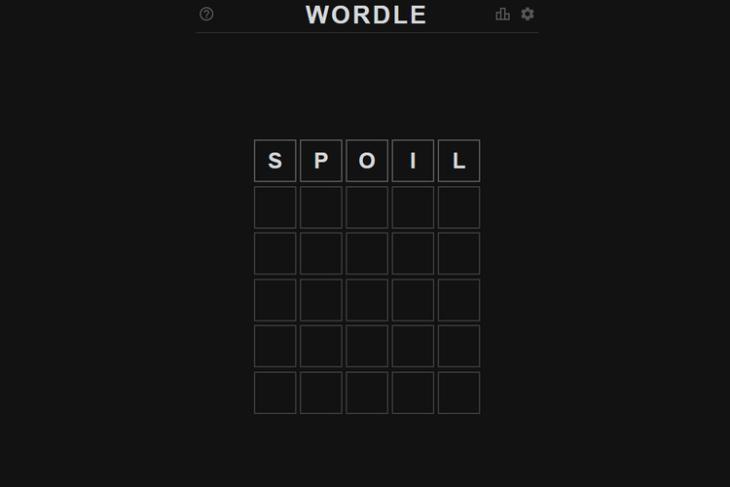 It looks like some people just don’t like having fun or the idea of others having fun. In response to people tweeting their Wordle results, a rogue developer seems to have created a Twitter bot that spoils the next day’s word. Fortunately, Twitter has taken timely action and has suspended the bot.

As The Verge reports, a Twitter bot named “The Wordlinator” was created to automatically respond to people’s Wordle tweets with spoilers of the next day’s word. In addition, the bot’s creator also used aggressive messages to demean Wordle players. You can see one such example below:

In case you’re wondering how the bot creator managed to predict the next word, someone has already reverse engineered Wordle to figure out how Wordle is choosing the word of the day. According to the linked blog post, Wordle uses a client-side date-based algorithm to pick the word to use from a static wordlist. The Wordlinator’s creator presumably utilized the code shared in the blog to put together a Twitter bot.

Needless to say, Wordle fans were not happy with the bot. Good for Wordle players, Twitter has since suspended the bot citing a violation of the company’s rules. While the bot has disappeared from Twitter, it’s possible that we may see clones of such bots in the future. If you don’t want Wordle spoilers, you’re better off blocking these bots as soon as you spot them.

If you’re someone who is annoyed with all the green, gray, and yellow blocks all over your Twitter feed, you could consider muting the word “Wordle” on Twitter. And as a friendly reminder, you don’t have to tweet about muting Wordle on Twitter to mute Wordle on Twitter.