Skip to content
Home News CES 2020: Toyota Plans to Build a ‘Prototype City of the Future’ 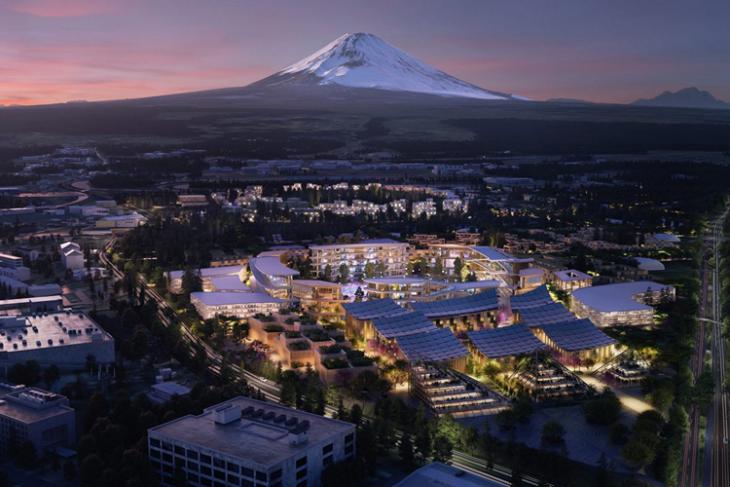 A couple of days back at CES 2020, Toyota announced its plans to build a futuristic prototype city powered by hydrogen fuel cells on a 175-acre site at the base of Mt. Fuji in Japan.

Dubbed Woven City, the Japanese automaker aims to create a fully connected ecosystem for researchers to build and develop the technologies of the future. In short, consider it as a dedicated futuristic incubation center with residence and all amenities.

Researchers at Woven City will be mainly focusing on cutting-edge technologies including autonomy, robotics, personal mobility, smart homes, and AI. “With people, buildings and vehicles all connected and communicating with each other through data and sensors, we will be able to test connected AI technology,” said Akio Toyoda, president of Toyota Motor Corporation in a prepared statement.

The name Woven City emphasizes the co-existence of three street designs in the city. According to Toyota, there will be three types of streets – a street dedicated for faster vehicles, another one for a mix of lower speed vehicles and pedestrians, and a ‘park-like promenade’ dedicated to pedestrians.

Danish architect Bjarke Ingels and his team are responsible for the design of Woven City. In case you’re unaware, Mr. Ingels’ team is known for its remarkable projects including 2 World Trade Center in New York, Lego House in Denmark, and Google’s Mountain View and London headquarters.

The homes in Woven City will use numerous sensors powered by AI to monitor the health of the residents in order to make the quality of life better. The buildings in the city will be made using Japanese construction methodology with a touch of robotics. The rooftops will equip solar panels to generate electricity in addition to hydrogen fuel cells.

The entire city is built with sustainability and eco-friendliness in mind. Toyota allows only fully-autonomous, zero-emission vehicles in the city. The company offers autonomous Toyota e-Palettes for transportation, deliveries, and mobile retail.

With all that said, Toyota does not miss out on human interaction as well. It will build neighborhood parks, a large central park, and a central plaza for meeting and spending quality time with fellow humans.

Toyota welcomes interested scientists and researchers to collaborate in this project. If you’re interested to be part of the project, you may reach out to the team by filling out the form here.

The city will accommodate 2000 people in the initial phases mainly focused on the company’s employees and their families along with researchers and industry partners. The project will kickstart in early 2021.